In Bennu, OSIRIS-REx Finds An Asteroid Full Of Surprises 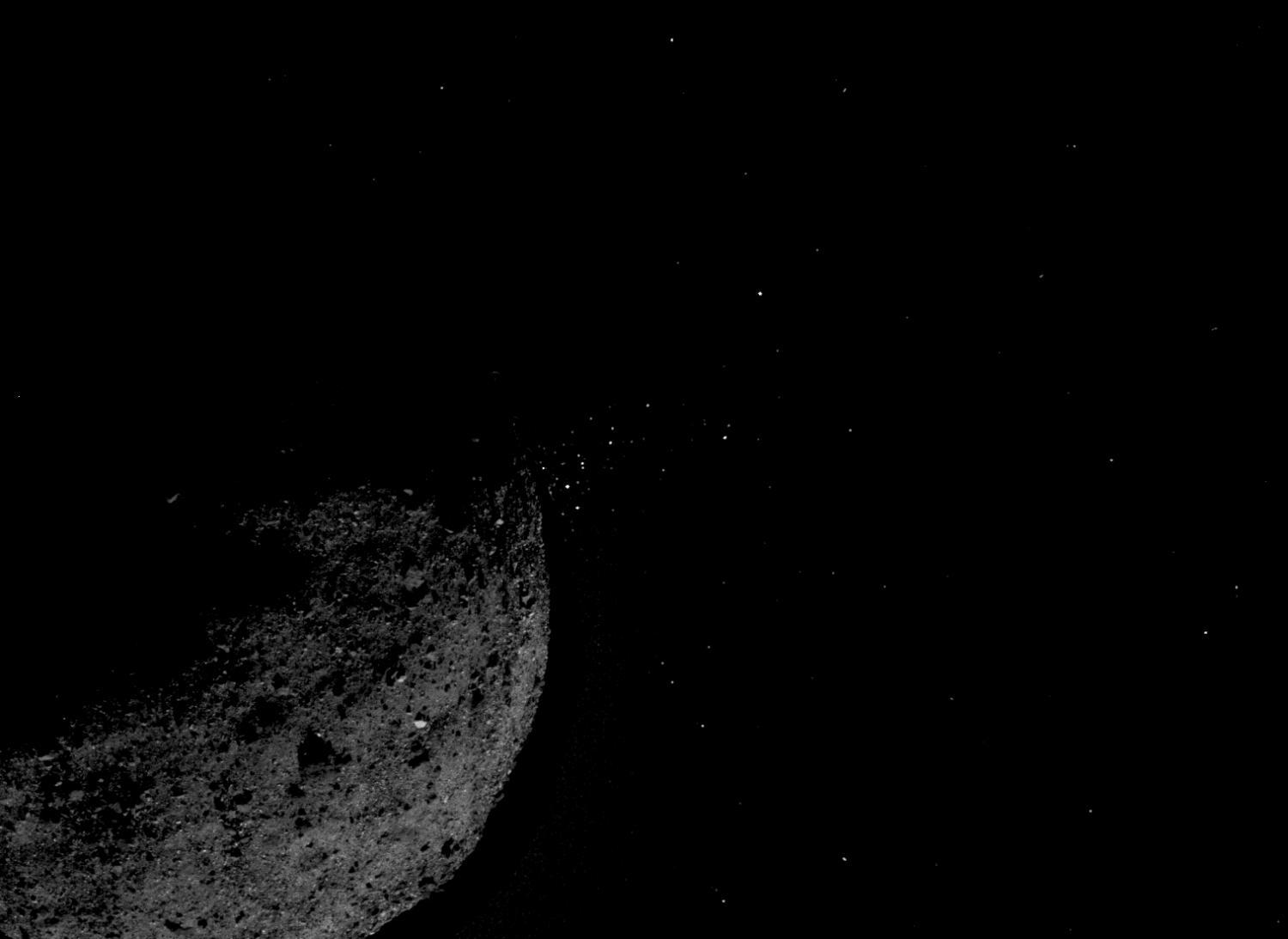 The results appeared in a series of eight papers published across several Nature Publishing Group journals.

But for once water took a backseat to other surprising discoveries.

First, Bennu's surface, which to ground observations appears smooth, is actually a rough landscape strewn with boulders measuring 1-10 yards across.

That reduces the area in which the probe can perform its touch–and-go sampling maneuver to a relative bullseye smaller than half a basketball court.

"We were looking originally for a 25-meter-radius hazard-free zone. You can see from this image this isn't it," said OSIRIS-REx project manager Rich Burns of NASA's Goddard Space Flight Center.

OSIRIS-Rex, which stands for "Origins, Spectral Interpretation, Resource Identification and Security-Regolith Explorer," will not land on Bennu, which is essentially a cohesive rubble pile.

Instead, it will press an 11-foot arm with a filter-like sampler against the asteroid's surface. There, the Touch-And-Go Sample Acquisition Mechanism (TAGSAM) will emit pressurized nitrogen gas to stir up the surface material for collection. 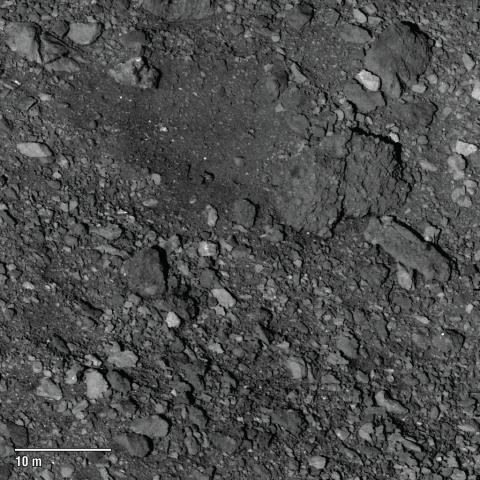 NASA/Goddard/University of Arizona.
As OSIRIS-REx surveys asteroid Bennu in detail, the mission team is beginning to identify potential locations for the spacecraft to collect a sample. The spacecraft’s PolyCam camera imaged this candidate sample site in the asteroid’s northern hemisphere.

The team plans to make contact with Bennu's surface during summer 2020, after which they hope to return at least 60 grams of surface samples to Earth.

The asteroid's surface also sports a surprising variety of surface reflection values, or albedos, ranging from 3.5-20 percent. The less-reflective patches present another flight challenge for the craft, which partly relies on laser range finding, or LIDAR, for navigation.

Bennu is the smallest planetary body ever orbited by a spacecraft. Making course corrections when gravity is so small it is effectively counterbalanced by the force of sunlight is no mean feat.

But it also presents intriguing possibilities for discovery.

"This is really exciting because it means that we're going to have a wide range of materials to study from the dawn of the solar system to understand the processes of planet formation," said principal investigator Dante Lauretta of the University of Arizona.

Scientists also discovered that the asteroid's spin is speeding up to the tune of around one second per century. Scientists believe this is due to the Yarkovsky-O'Keefe-Radzievskii-Paddack (YORP) effect, in which variations in surface reflectivity and temperature affect a body's spin rate.

But the data also revealed what Lauretta called "one of the biggest surprises of [his] scientific career": Namely, the fact that Bennu is one of a small group of active asteroids that eject material into space.

"Basically, it looks like Bennu has a continuous population of particles raining down on it from discrete ejection events across its surface," he said.

Some of the particles orbit the asteroid before falling back to the surface, while others reach escape velocity and head away from Bennu into space.

Burns said independent safety analyses show a "very low likelihood of seeing an impact resulting from one of these particles."