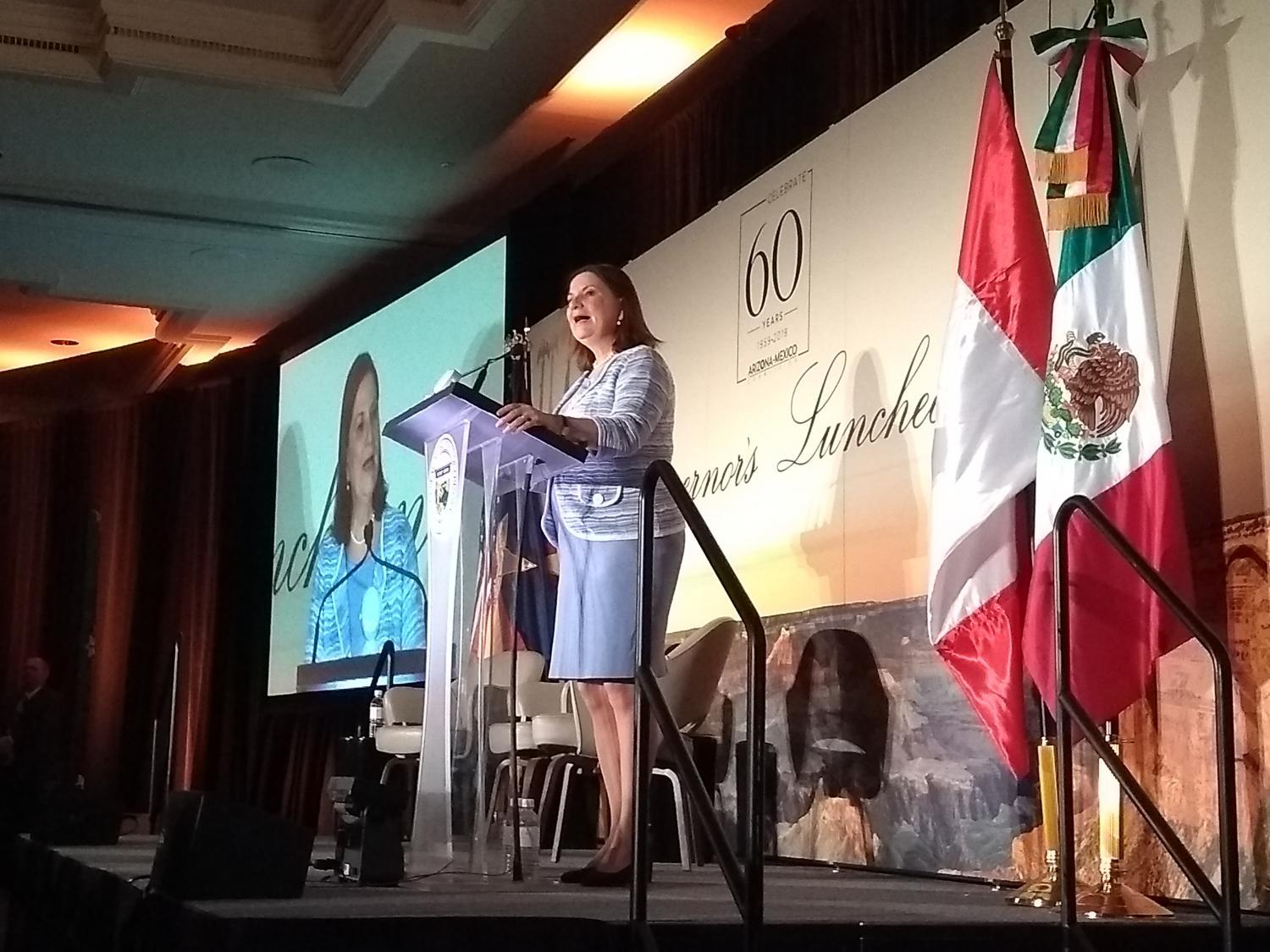 The recently appointed ambassador of Mexico to the United States made her first official trip to Arizona Tuesday.

Ambassador Martha Bárcena not only has personal ties with the state, but also expects the economic and social bonds with Mexico to grow.

The Mexican ambassador has been in Arizona to visit her family before. But this time she came as a guest of the Arizona-Mexico Commission.

“These Arizona-Mexico relationship has resulted in thousands of new jobs, considerable tourism exchanges and a border that needs to work efficiently”, said Bárcena.

The ambassador said the Mexico-U.S. border region, which includes six Mexican states and four U.S. states, needs more and better ports of entry, where people and products do not have to wait for hours to cross.

“And if that region were an independent country, it would be the fourth largest economy in the world. That is the border,” the ambassador said.

Bárcena said the Mexican president’s mission to fight against corruption and poverty will make Mexico a better partner for the United States.