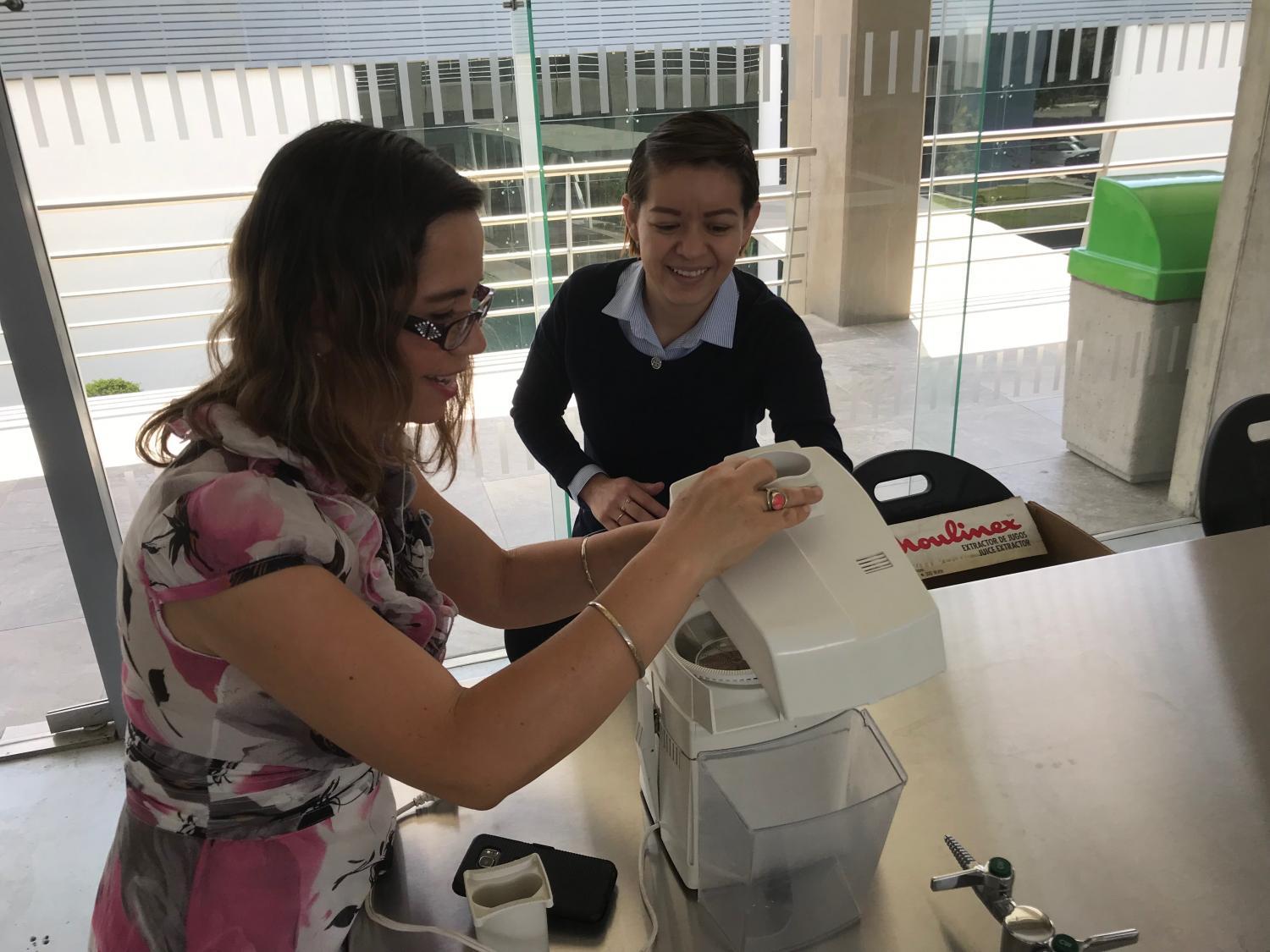 Jorge Valencia/KJZZ
Sandra Pascoe Ortiz, an engineering professor at the University of the Valley of Atemajac, and Alejandra Reyes Diaz, a communications coordinator, disassemble the juicer Pascoe Ortiz uses to extract juice from prickly pear cactus.

GUADALAJARA, Mexico — On a recent morning, Sandra Pascoe Ortiz, a chemical engineering professor, sat down at a restaurant and ordered one of her favorite drinks: a blend of grapefruit, pineapple, celery, parsley, spinach and prickly pear cactus.

Pascoe Ortiz has for years been drinking this blend known in Mexico as "green juice," but she said she also enjoys consuming the prickly pear cactus — a national symbol and staple in the country’s diet — in the many forms in which it's popular: grilled, boiled or even raw with salads.

Pascoe Ortiz and her students at the University of the Valley of Atemajac just outside Guadalajara have come up with a new use for the prickly pear cactus — known in Mexico as nopal — using its juice as a base for biodegradable plastic.

In 2013, some of her students came to her with a class project to use the prickly pear cactus as the base for a biodegradable plastic, she said. They abandoned it after a semester, but Pascoe said she told herself, "This can be done." She continued the project on her own and with other students.

In her lab on campus, Pascoe Ortiz lays out round and square plastic samples she and her students have made since that first classroom experiment. The first samples are rusty brown and roughly the size and shape of quarters. The most recent samples are light green, paper thin and tough enough to be used as bags, Pascoe Ortiz said. 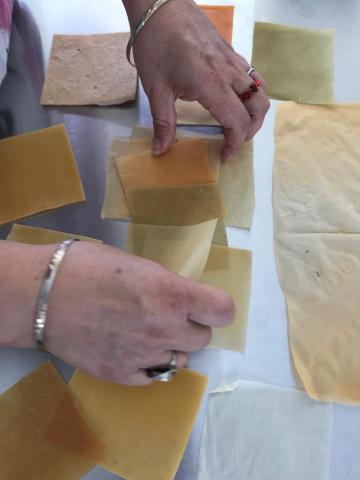 She initially used opuntia ficus indica, the variety of prickly pear most commonly used as food. She has switched to opuntia megacantha, a variety not commonly eaten but instead cultivated for its fruit. She and her students extract the juice, which is bold green, thick and slimey, and mix it with glycerine, animal fat and wax, she said.

A former student, Michelle Mendoza, who recently completed coursework in in industrial engineering, is still working with Pascoe Ortiz. Mendoza said she used the formula to make toys for her 3-year-old daughter.

"My daughter loves to buy toys in the markets and then once she played with it one day, she didn't want it anymore," she said.

Mendoza made the mix and put it into strawberry-shaped molds, she said. Her daughter watched her make them and was excited to play with them at first, but then discarded them the same way she’s done with her other toys.

"The same way," Mendoza said with a laugh. "I need to fabricate more toys."

At least the prickly pear-based toys will dissolve if she leaves them in water for three weeks, Mendoza said.

Using biodegradable products is good, but using fewer products would be better, said Stephanie Buechler, a University of Arizona professor who studies gender, environment and agriculture. We should focus on re-using the materials we have, she said.

"Using fewer materials will save land. It will save water. It will save the environment by not contaminating as much," Buechler said. "And then, for the materials we really do need, we should think of ways like this to use less harmful inputs."

Back at the University of the Valley of Atemajac outside of Guadalajara, Professor Sandra Pascoe Ortiz says she would like to see her biodegradable plastic used commercially, though said she plans to continue her work as a researcher and doesn’t expect to see a profit herself.

Pascoe Ortiz hopes the cactus-based plastic will help reduce the impact of solid waste in Mexico and around the world, she said.