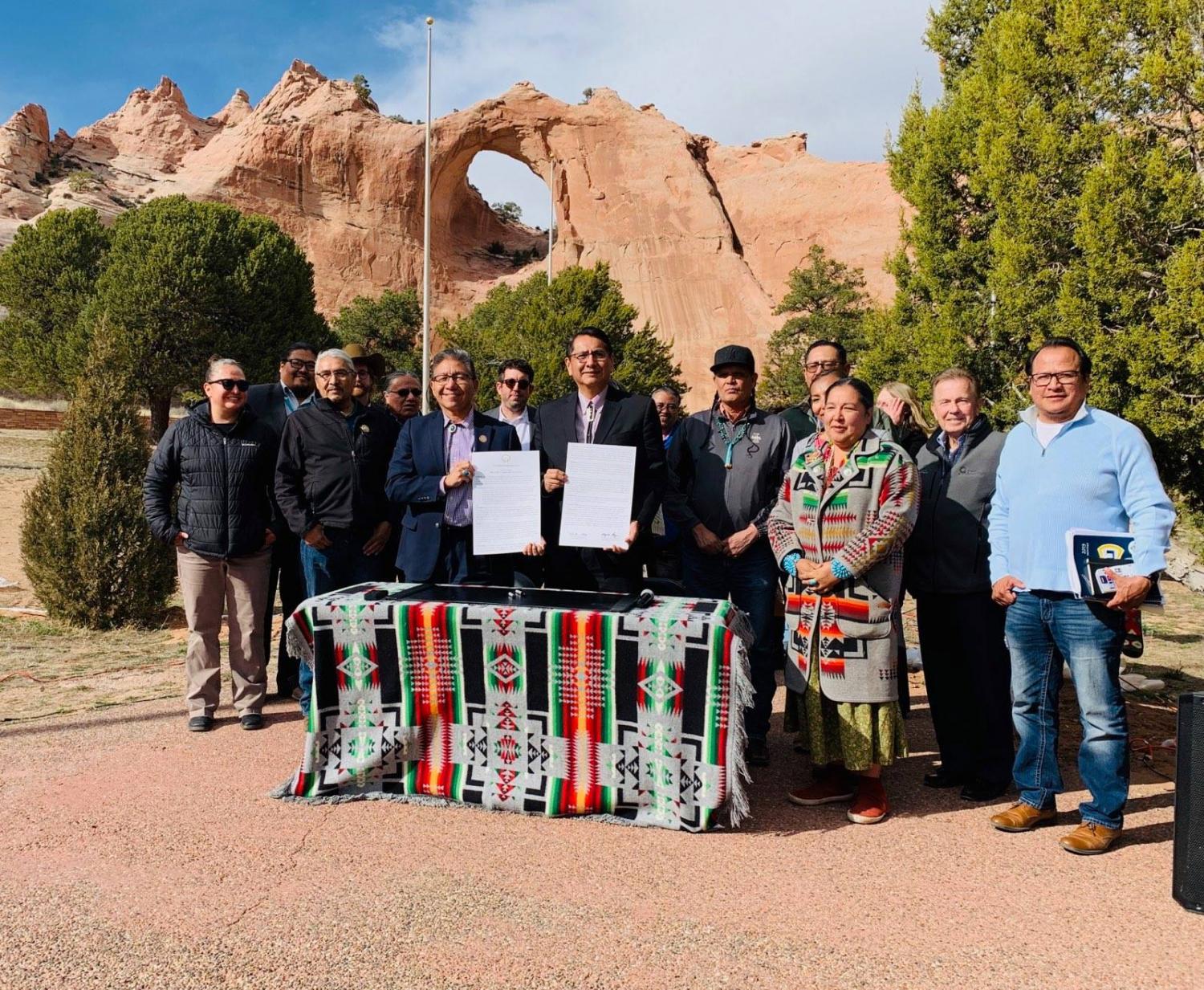 The proclamation says the tribe will provide off-grid solar to the 15,000 or so Navajo households still without electricity. It will build more utility-scale solar energy projects. Its second solar farm goes online in two months. The tribe also plans to build a solar panel assembly plant to create more jobs.

Nez said it's time for our land to heal from coal.

Nez said the tribe is positioning itself to continue to provide energy for the West, as states like New Mexico and California sign legislation to go carbon free by 2045.