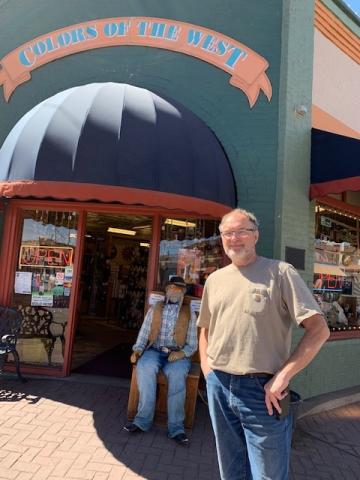 Laurel Morales/KJZZ
Mike Besler stands in front of his store Colors of the West in Williams, Ariz.

Route 66 was once known as Main Street of America. In its heyday, people drove cross country to “get their kicks,” as the song goes. But that all changed in the 1980s, when Interstate 40 bypassed 66. Dozens of places along the route went from boom towns to ghost towns. A federal grant program has tried to help them, but it’s accepting its last grant applications Friday.

In the 1950s and '60s, half a million people a year traveled Route 66. Williams, Arizona, was the last town along the "Mother Road" to be bypassed by Interstate 40 in 1984. Two decades later when entrepreneur Mike Besler arrived, the town was still depressed.

“A lot of businesses went out and there was a lot of storefronts that were empty, broken windows that weren’t being fixed,” Besler said.

But thanks in part to a federal grant program Besler and other business owners have brought back the tourists. Besler and his wife own a souvenir shop in Williams. They sell everything from Route 66 keychains to cap guns and dream catchers.

A decade ago the Beslers won a $6,000 federal grant to help fix the out of date electricity in their century-old store.

“It was unbelievably necessary because it was a potential fire hazard,” Besler said.

The grant was part of the Route 66 Corridor Preservation Program authorized by Congress. Now it’s unclear whether lawmakers will renew it. At stake is more than $2 million aimed at reviving old tourist spots in struggling towns. Kaisa Barthuli manages the program for the National Park Service.

“We’ve been able to work with mom and pop owners and local leaders to help restore and bring back a lot of these wonderful little jewels in the rough and bring new life into the community,” Barthuli said.

The program’s term is up in September but Congress is considering legislation that would designate Route 66 a National Historic Trail and provide a new funding source by way of cooperative agreements. So the business owners would be required to work more closely with the National Park Service to get the money. 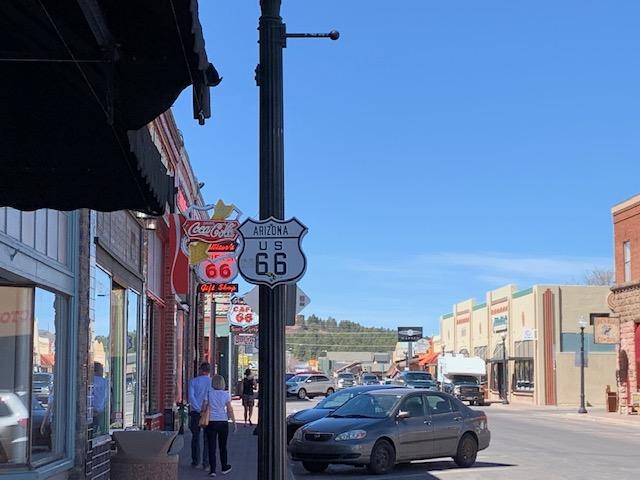