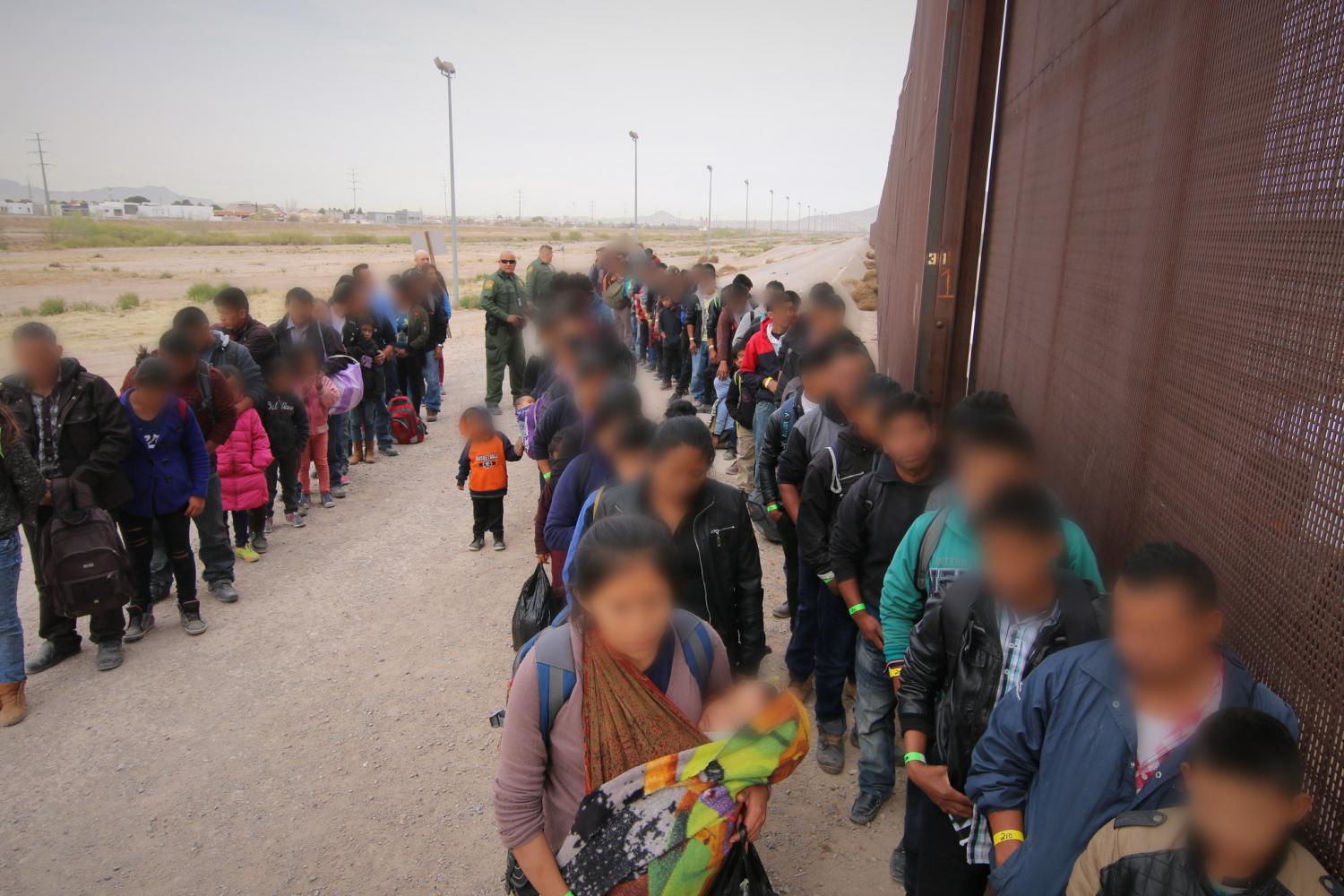 STEVE GOLDSTEIN: As the number of migrants crossing into the U.S. continues to challenge authorities to the extent that the word "crisis" is being commonly used. The Washington Post has unveiled numbers that provide a better perspective on where the migrants are from and where in this country they're going. And those figures may end up challenging the assumptions that many people have. Nick Miroff of the Post is with me to talk about his reporting on this topic. Nick, where did you get the numbers from and what percentage of the total migrants do they account for?

NICK MIROFF: With this particular project what we thought we would do would be to work with one of the large humanitarian groups in this case, Annunciation House of El Paso that has been sheltering the Central American families after they're released from U.S. government custody. So in this particular case these are families that have been — they have come across the border. They've been held by U.S. Customs and Border Protection and then transferred to Immigration and Customs Enforcement who then gives them a notice to appear in court and sometimes an ankle monitoring, like a GPS ankle monitor. And they release them. And it's this this group Annunciation House with its network of shelters in El Paso that takes these families in and helps them reach their final destination. And so in this case we asked them if we could see their intake forms for over a given time period. And what we looked at was a single shelter during the month of February where all the intake forms from that particular site and what it gave us was 1,545 individuals in the month of February who arrived at that shelter and then fanned out across the United States. And what we found is they went to 42 states. And by far the largest group were Guatemalan families. Almost 50 percent were Guatemalans followed by Hondurans and then Salvadorans and Cubans kind of in a distant third and fourth.

GOLDSTEIN: Certainly in the past people would have thought. How many people from Mexico would be at the top of certain lists but also in terms of where migrants would go? The thought was that people would come for jobs and they might go to Arizona, California, Texas and then other places as well. But when you're talking about 42 states does that challenge the presumption that a lot of people have about migrants and where they're coming from why they're why they're here and where they want to go once they get here?

MIROFF: That's right. I think we're seeing something really different here. You know, in the past when migration was predominantly Mexican and Mexican male laborers. We saw you know most people going to California, Texas and some western states. What this pattern shows of all of these people fanning out across the United States to 42 different states, many of them in the Midwest, in the southeast and in the mid-Atlantic region. It shows that people are going to reunite with family members and they're also going where there are jobs. And so one of the characteristics of this migration wave is that people have a destination in mind they have a family network or a support network already here in place. And as we know many of them are arriving somewhat in debt. They have taken on some kind of loan to pay a smuggling organization or to pay someone else to finance the journey. So they arrive here with an urgent need to get to work and to pay off that debt. You know in an economy like this there are... jobs are plentiful and laborers are needed. And I think a lot of the new migrants who are arriving as part of this wave are going straight to work.

GOLDSTEIN: When President Trump brings up things like more rhetoric about suggesting putting certain migrants in sanctuary cities what does it make you think of and also is there a way we can even speculate what that would look like? What would it do to have people directly placed in these cities especially, if they're looking to reconnect with families that are never close to those cities?

MIROFF: Well, I think you know one of the reasons why actually implementing a policy of this is highly unlikely, is that you know that these folks are not necessarily going to and I would say you know these folks aren't going to stay in these cities. They have a destination in mind. They have family members elsewhere in the United States. And so the idea that you would send them to these cities and then they would stay there I think is based on a misunderstanding of, you know, why people are coming and you know and what they're coming for. So if we ended up attempting some kind of system in which ICE instead of releasing people along the border after you know after they're apprehended and processed if they were to say drive them you know or send them in buses to San Francisco I think we would just find you know they would be taken in by say shelters in San Francisco and then quickly they would continue to another destination in the United States where they already have a relative or they have job offer. And so for some travelers that would maybe be an advantage and give them a little closer to their destination. And for others it would be even more inconvenient. But you know the idea that they would send them to such a city and that they would like you know overwhelm that destinations, that city's resources I think is based on a big misunderstanding.

GOLDSTEIN: Nick, the word crisis has been mentioned a lot when it comes to this overall border situation. In what ways do you think crisis is applicable and are there any areas in which you don't think the word quite works here?

MIROFF: Yeah, I think anybody who has spent time in El Paso or in the Rio Grande Valley of South Texas, you know which are the two kind of you know busiest places right now along the border. I think anyone who has seen it firsthand, myself included, would say that this is indeed a crisis. This is clearly a humanitarian crisis when you have people held in detention pens under a road bridge or you have you know shelters that simply cannot absorb more people or families that are ending up you know at bus stations where there are no tickets. And really you know overcrowded and unsanitary conditions and border patrol stations. I think by any assessment that is you know a humanitarian crisis and you know even leading Democrats have begun to recognize it as such. You know whether this represents some kind of national security threat is debatable but certainly it can't be healthy for enforcement practices to have so many agents and so many resources tied up processing migrant families and potentially leaving other parts of the border less less protected.

GOLDSTEIN: Nick Miroff is a reporter for the Washington Post covering immigration enforcement drug trafficking and national security. Nick, good to talk with you. Thanks for the time.

MIROFF Thank you, pleasure to be with you.