Scottsdale Community College Series Shines Light On Genocides Of The Past, Present And Future 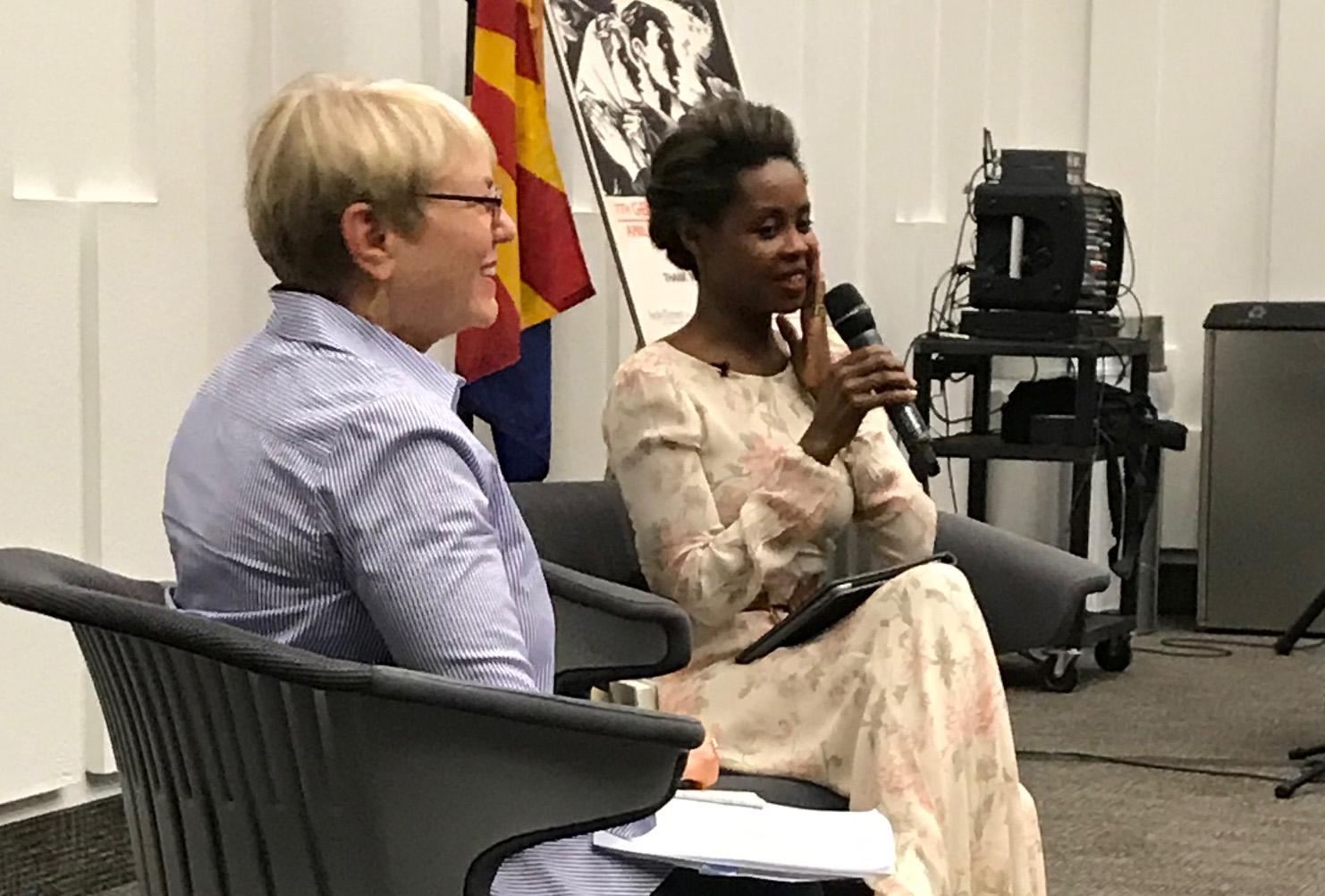 Young and vivacious, Clemantine Wamariya doesn’t seem like your typical genocide survivor. But at just the age of 31, she is.

She tells attendees at Scottsdale Community College what she went through as a girl.

Wamariya was a child in Kigali, Rwanda, 25 years ago when the community she lived in went mad. She writes about what happened to her in a book, "The Girl Who Smiled Beads."

“You see hate has no color. Only hate has practice and it can maneuver like wind to every ear.”

When it was over, up to 1 million Rwandans had been killed in a civil war that ravaged the country for months. The mass slaughter of members of the Tutsi minority group was ordered by members of Rwanda’s majority Hutu governing body and ordered on state-run radio and TV. The killings eliminated about 70 percent of the Tutsi population.

The fact that this happened not in 1944 but in 1994 is an alarming signal to Scottsdale Community College professor John Liffiton. He says the hate that fuels these atrocities is still present throughout the world, and requires constant vigilance. 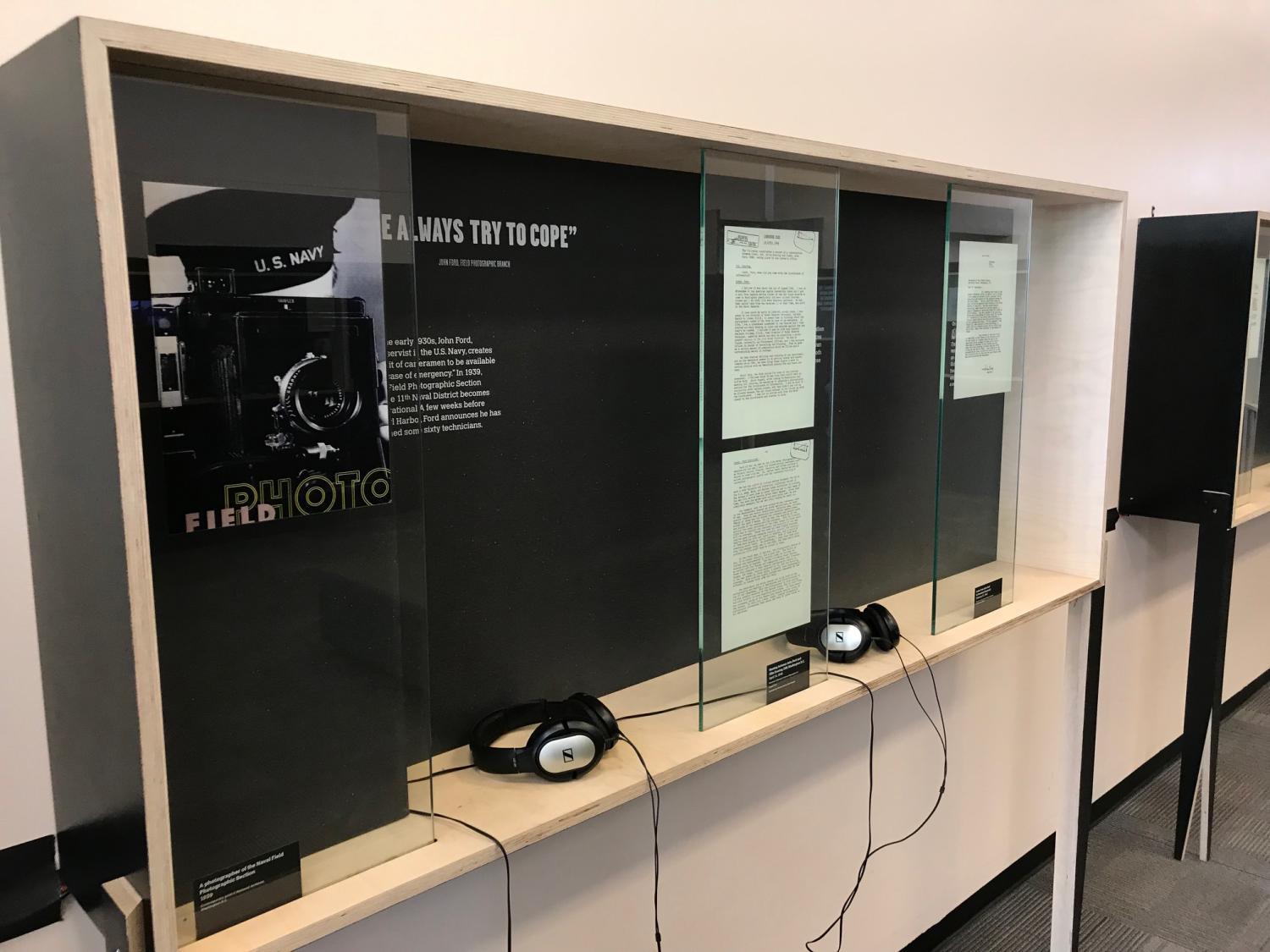 Liffiton is founder and director of the college’s yearly Genocide Awareness Conference, which has been taking place since 2013.

“But another reason that’s of exceptional importance is, we do it to honor the people who have died. Because if we don’t do it, their deaths will have been in vain.”

Liffiton says although the term "genocide" wasn’t around in the 19th century, there’s proof of it happening right here in Arizona to the state’s Native American population.

“You take the children that were forced to go to boarding schools, right here on Indian School and Central, “ Liffiton adds while standing on what is officially the Salt River Pima-Maricopa Indian Community.

“That is another form of genocide, according to UN Resolution 260-A3. So, in my humble opinion, there’s no doubt about it.”

During the height of World War I in what is now Turkey, officials in what was then the Ottoman Empire removed and exterminated the entire Armenian Christian community of nearly 1.5 million people.

"... [W]e do [this conference] to honor the people who have died. Because if we don’t do it, their deaths will have been in vain.”
— John Liffiton, Scottsdale Community College

At the conference, Dr. Barlow Dermugrdechian, who teaches Armenian studies at Fresno State, says it was known as the “silent genocide”.

“One of the problems is that the genocide took place during World War I, which had a lot of effects on a lot of different countries,” Dermugrdechian said.

“Ottoman Turkey emerged from the war losing a lot of its territory, but emerging as the Republic of Turkey, and Turkey has pretty much denied the occurrence of the Armenian genocide, which means it was a silent genocide.”

Also at the conference to discuss the hidden-from-history story is Taner Akcam, who heads the Armenian Studies Genocide program at Clark University in Massachusetts.

“[The] 20th century was one of the bloodiest in human history and we face today the same question. How [can] we prevent mass atrocities? How can we prevent governments [from] continuing massacring, killing, deporting their own population?”

German-born Holocaust survivor Oscar Knoublaugh also speaks to the gathering, his session made up of mostly college students, and poses the question to them of what if Hitler had won World War II? 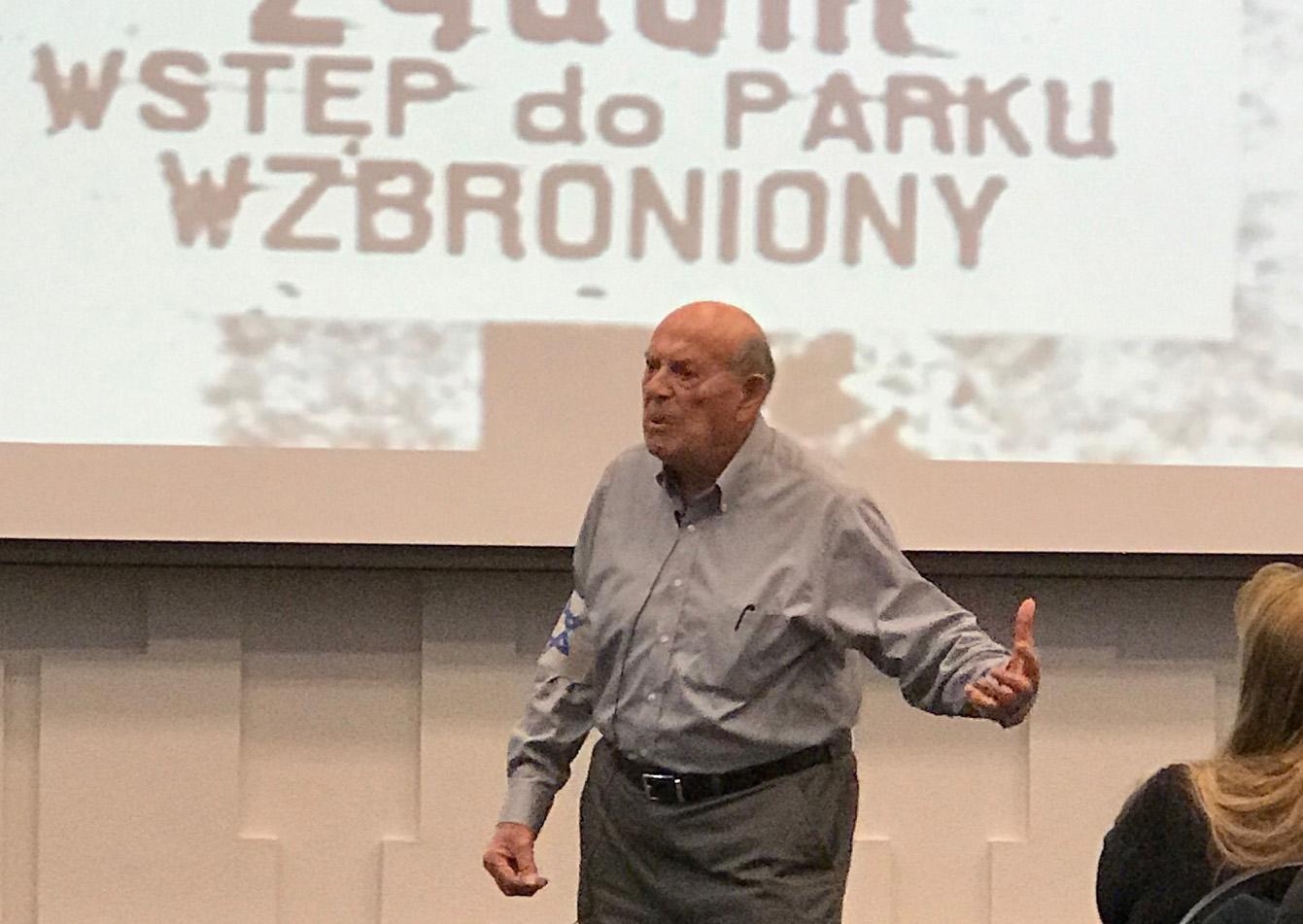 “Did you notice the audience? Were they all lily white? No! But when I said that if they had won the war, none of them would be born, it’s the truth. Because he hated so many more than just the Jews.”

The 94-year-old Knoublaugh, says there is a way to prevent genocides from happening in the future — by standing up and not remaining silent when it happens in the present.

“The only way to control this is by being an upstander. The more we have, we’re better off.” Knoublaugh said. "If we have bystanders, then nothing will ever change. Nothing. Because everyone is scared. ‘I don’t want to be involved, I don’t want to say anything. NO!”

And John Liffiton says the stories heard at this annual conference have led some of his students to become upstanders.

“I can recall one lady coming up to me after and she said ‘Mr Liffiton, you’ve ruined my life. I wanted to be an accountant, but now I have to help people.’”

Another student Liffiton remembers “felt compelled to go and work for Doctors Without Borders in Africa," where she remains.

Genocide Awareness Week activities wrap up Saturday at Scottsdale Community College. There are also special photography and film exhibits that are open to the public.