Accidental Presidents: This New Book Looks At The Unexpected Leaders Of America 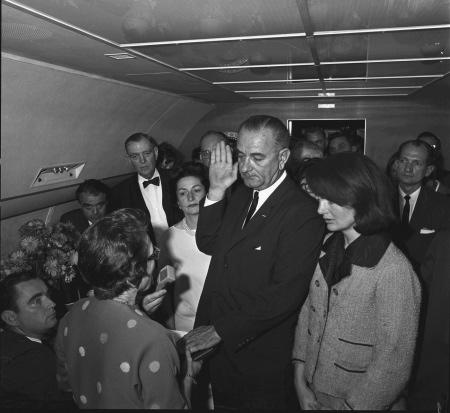 Cecil Stoughton/Library of Congress
Swearing in of Lyndon B. Johnson as president shortly after the death of President John F. Kennedy, 1963.

There have been eight men who’ve made the move from vice president to president following the death of the U.S. commander-in-chief. The most recent was when Lyndon Johnson assumed the role when John F. Kennedy was assassinated.

Although the office was once famously described by former Vice President John Nance Garner as not being worth a “bucket of warm spit,” the person in that position is, in fact, a heartbeat away from the presidency.

In his new book "Accidental Presidents: Eight Men Who Changed America," author Jared Cohen writes about the men who took over for presidents who passed away in office, what happened during the times they led and the impact they had on the nation.

He joined The Show to talk about his work.