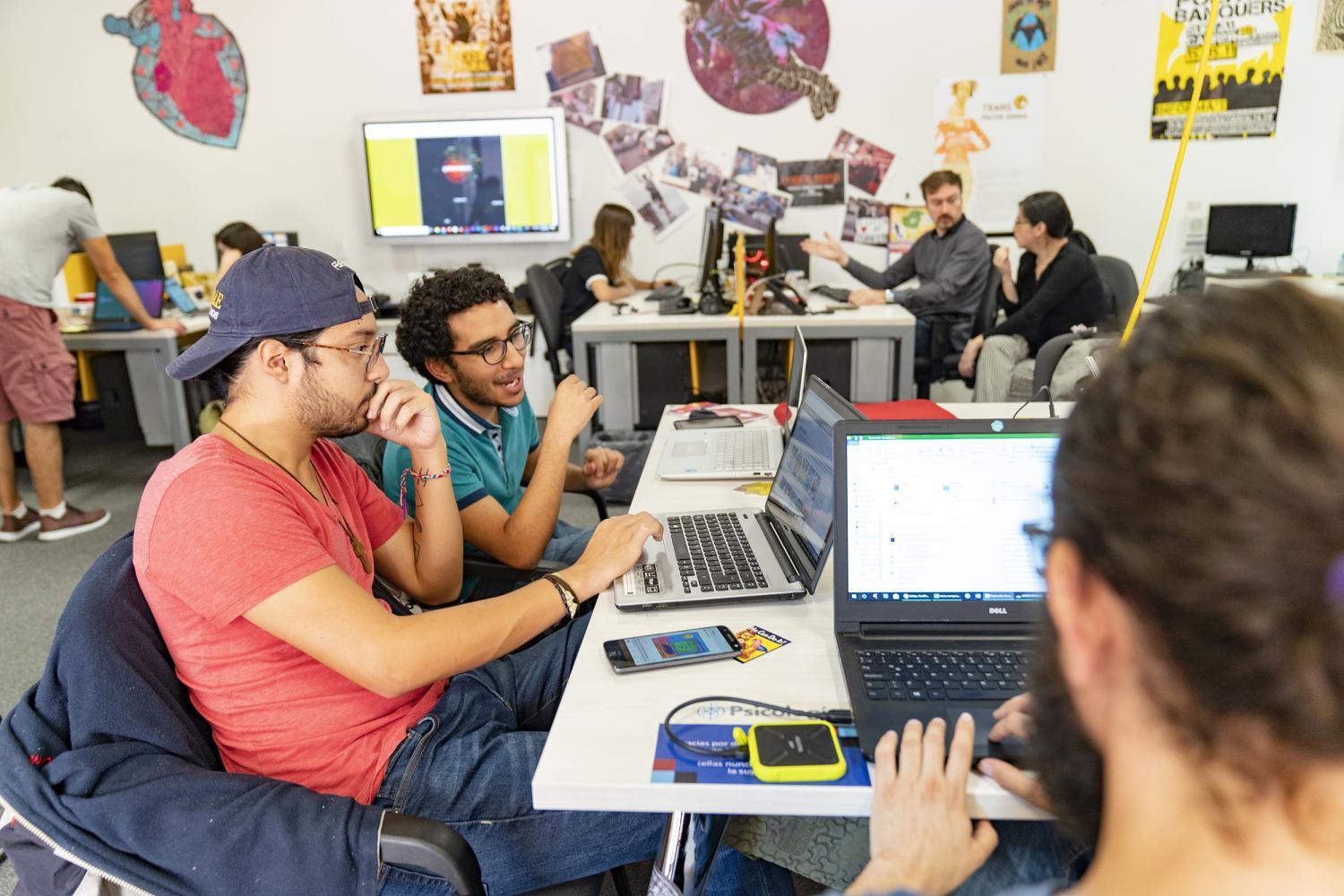 MEXICO CITY — Social media is a powerful tool for politics, but sometimes its use becomes questionable. A recent study in Mexico reveals an unusual pattern on Twitter, where some attacks work in favor of a top politician: Mexican president Andrés Manuel López Obrador (AMLO).

Enrique Paéz is the social and cultural studies director at the Instituto Tecnológico y de Estudios Superiores de Occidente (ITESO) university in Guadalajara, where thousands of tweets were analyzed at Signa Lab. The messages were direct attacks (also known as “trolling”) on journalists questioning the Mexican president.

“It is not an organic conversation, but it looks like,” Páez said.

These attacks don’t depend on bots, the automated accounts typically used to spread a message. They are controlled by anonymous followers of the president, explained Páez.

“Contrary to what we saw with the previous government of Enrique Peña Nieto, the presence of bots was not a significant or heavy factor here. Instead, what we found was a new network dynamic regarding a the coordination and organization of AMLO followers,” Páez said. 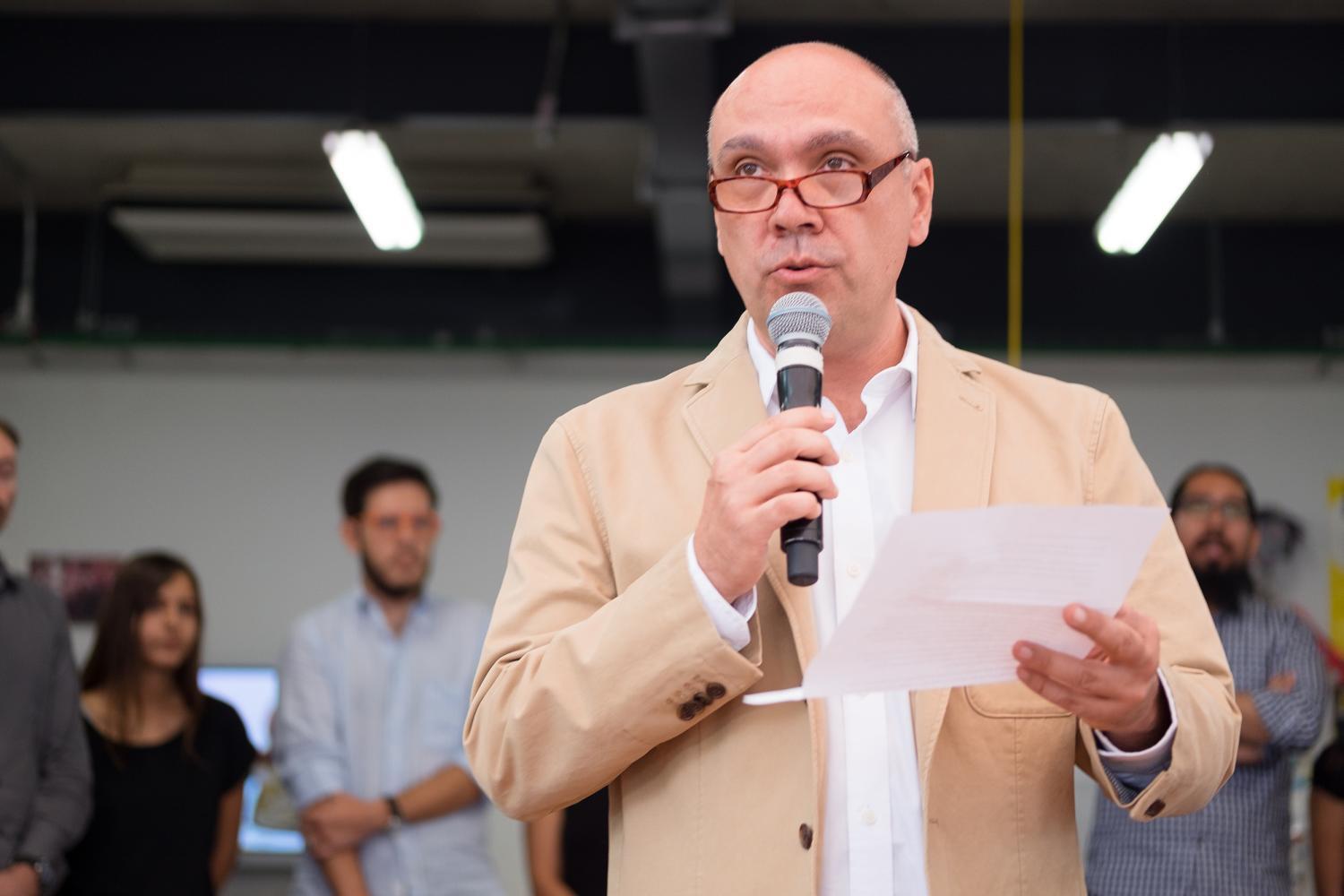 Signa Lab categorized the individuals detected on the network, explained Páez. The leaders were called “MC’s” or masters of ceremony, following the hiphop analogy, as they set up the mood.

“We also saw legions of what we name ‘chorus’ accounts: this is a mixture of true, hard core AMLO fans, but also a lot of accounts that were kind of sucked in the network,” said Páez.

The academic says misinformation has been typically used to legitimize politicians, but this   new dynamic brings legions of false supporters to discredit or censor critics.

“We are not talking fake news, but rather fake followers,” Páez said.

The Mexican president criticized the study and blamed bots for the attacks.

“This kind of behavior towards journalists considered critics could lead to censorship or even worse to diminishing opposition thinking, which is necessarily and inevitably in any democracy,” Páez said.

Courtesy: Signa Lab
A graph from the Signa Lab study shows the most common words that appeared on the social media attacks, like prensa (press) and repudio (disdain). 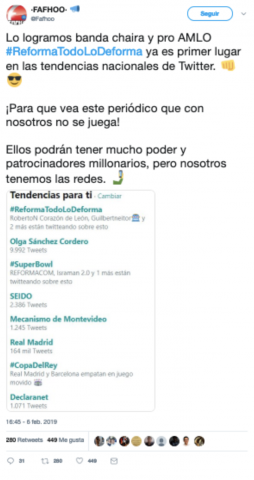 Signa Lab
A tweet from user Fahfoo exemplifies the attacks against the Mexican press. In this case, the is boasting that their hashtag against newspaper Reforma became a trending topic.
PoliticsFronterasMexico