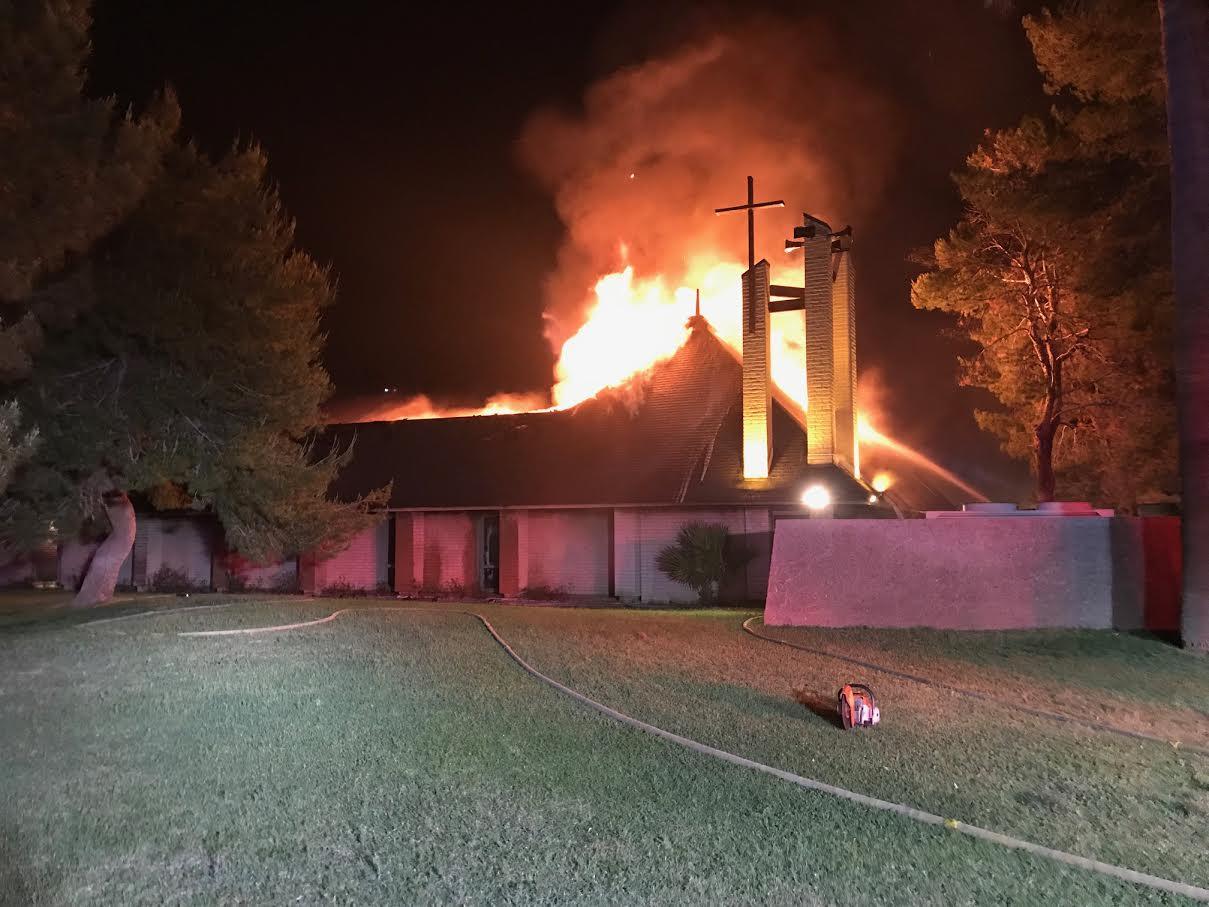 Arson investigators now are looking into a fire that destroyed the main sanctuary of a Catholic church in north Phoenix.

Meanwhile, Phoenix police say a Presbyterian church close by was broken into and badly vandalized early Wednesday along with a school vandalized in what appears to be an attempted burglary.

"Vandalism was done inside property. While officers were also canvasing the area," said Luis Samudio of the Phoenix police. "They found that [someone] attempted to burglarize the school that was nearby the church as well and did some vandalism there as well."

Police say no suspects have been identified and it hasn't been determined yet if the three incidents are related.

They switched to a defensive strategy after finding the fire had spread to the attic and begun to burn through the roof.

No firefighters were injured.

The church is located on North 40th Street near East Shea Boulevard with the Presbyterian church and school just blocks away.