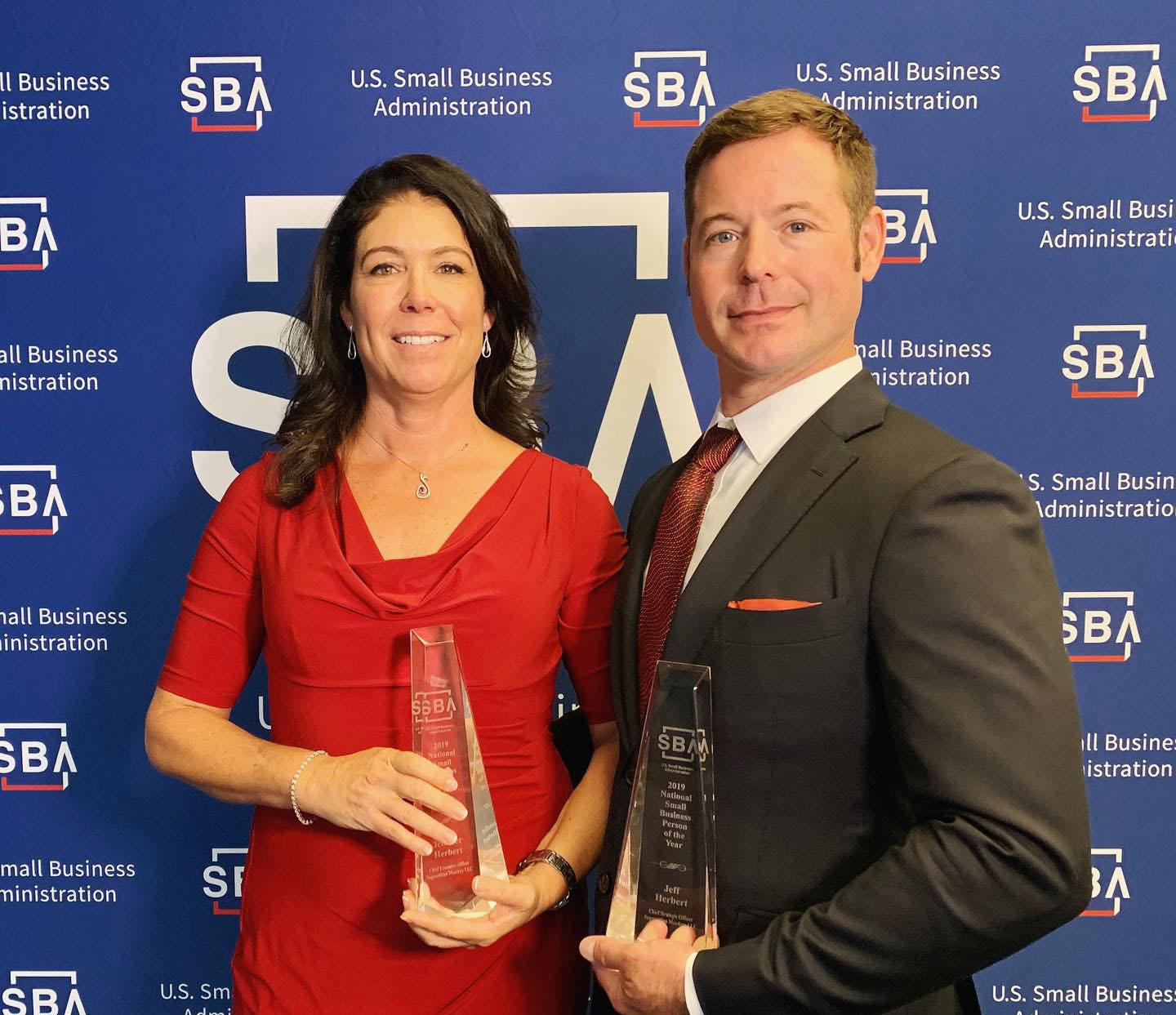 Over the last few years, Arizona has become a hot spot for craft beer and even has become one of the upcoming wine spots in America.

But the alcohol producers in Arizona that were awarded Small Business People of the Year by the nation’s Small Business Associations aren’t beer makers or wine makers, but mead makers. Mead is the oldest fermented beverage and it's made with honey.

Superstition Meadery in Prescott have been on a mission to reintroduce the world’s oldest fermented beverage to the modern world since 2012, and they’re doing a good job of it.

When we called, founders & owners Jeff and Jen Herbert were pouring at the Mikkeller Beer Celebration in Denmark, which is known as the world’s most prestigious craft beverage festival.

But you don’t just wake up one day as a meadery that sells to nearly 200 stores in Arizona, 38 states and 36 countries. Jeff says it all started with a gift.

"I wound up getting this amazing home brew present from Jen for Father's Day, and I just got totally obsessed with homebrewing. And I was making beer and mead and cider all right away, and it turns out that my first meads were better than my first beers. And so I kinda wanted to have a brewery but I kept thinking 'what would happen if we had a meadery,'" Jeff said.

And they did just that. Jeff said that they read every book they could and asked anyone who was doing what they wanted to do how they did it. Eventually Jeff took a class at the Siebel Institute in Chicago called “How to Start a Brewery,” wrote a business plan with his wife, Jen, and the rest is history.

While they’ve received awards for making great meads, cider and even within their industry, Jen says that getting recognized as a business felt like an honor that’s different than anything they’ve ever experienced before.

“It’s kind of just a validation that our business practices are recognized and appreciated by larger organizations that are broader than just our industry," she said.

The Herberts said that while being considered for the award, the Small Business Association took into consideration things like revenue, exports, job creation but also things like community service and involvement in their industry.

Jen is a board member of the organization that connects all the businesses around the courthouse square in Prescott with the city and the country. The two of them are founding members of the American Mead Makers Association and helped write the Mead Act for the state of Arizona.

While all of those were things that Superstition Meadery ticked off the list, Jen believes the way their financing their business played into it, too.

“So we have 3 SBA loans in total right now, and I think they look at the amount of risk and debt you’re willing to take on to make your business grow and to expand without having to sell equity," Jen said.