Phoenix Abandons Dockless Bike Program, Scooters Could Be Coming Next 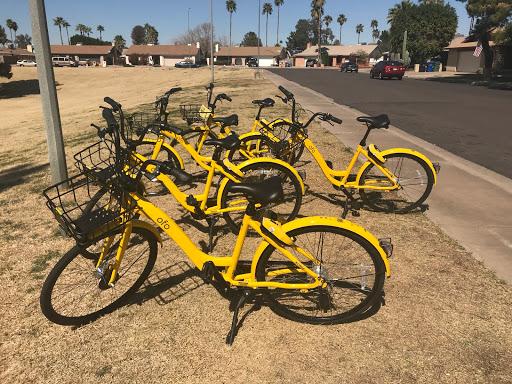 Phoenix City Council voted to end its dockless bike-share program this week. In their place, e-scooters could be next.

Companies like Lime and Bird have seen use of their e-scooters skyrocket in cities across the country in the past year.

A City Council subcommittee approved a 90-day pilot program for downtown only in January but the full council has not voted on it since then. Phoenix Street Transportation Department chief Kini Knudson said a pilot program would allow the city to feel out what a full implementation would look like.

“We know there have been some success stories and there’s some that have been not so successful," Knudson said. "And that’s one of the reasons we came with a pilot program talking to you about this, because we want to have an opportunity to draw some boundaries around a program and see how it would work in an area like downtown."

Other Valley cities allow scooters but regulation of them varies. Tempe allows them with strict rules,  while ASU has banned them from campus. Scottsdale has less restrictive regulation and Mesa is still in the process of implementing their policy.