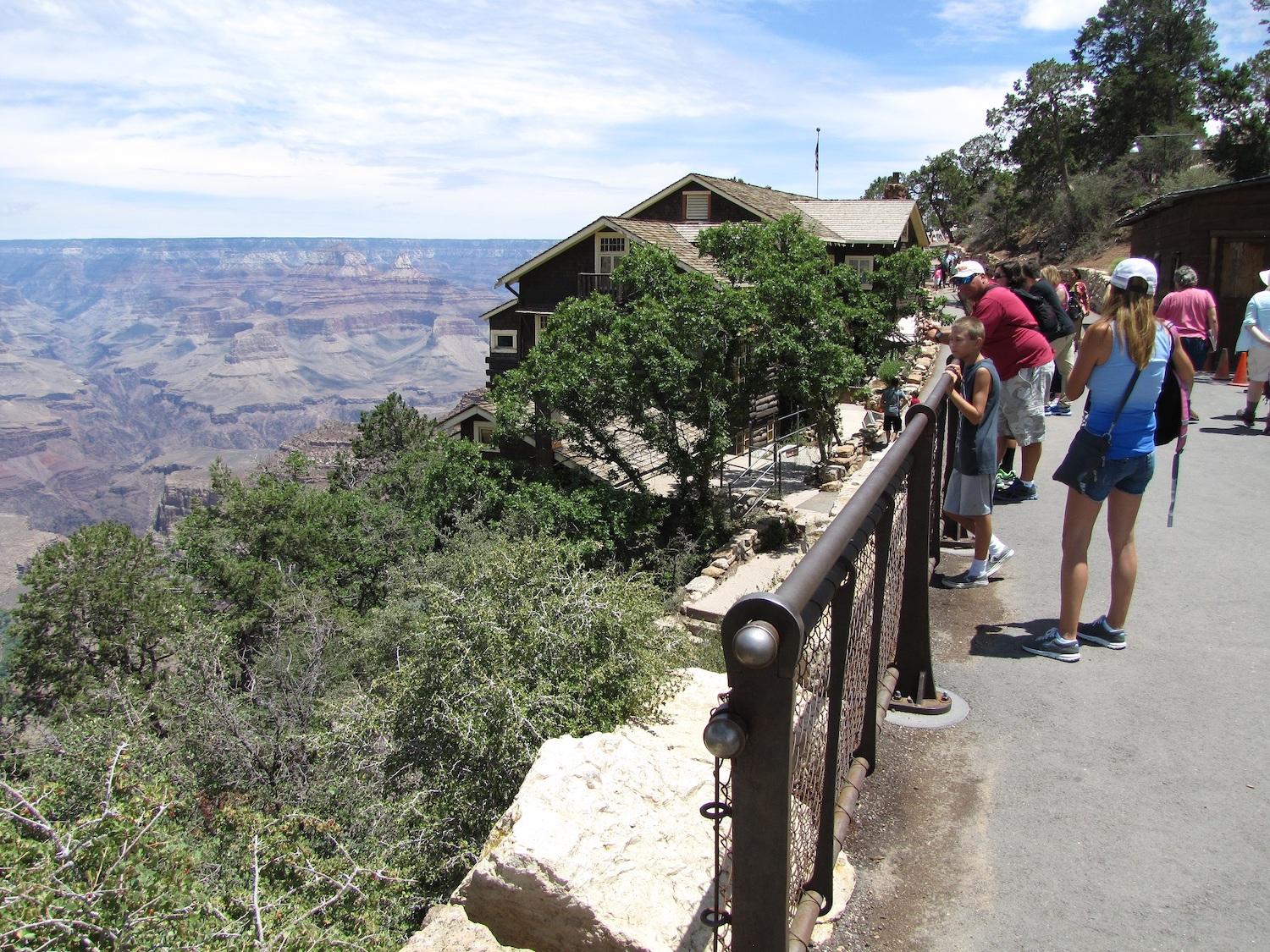 Laurel Morales/KJZZ
The studio, auditorium and home is five stories tall and has over 26 rooms cascading down the canyon.

In the early 1900s two brothers, Emery and Ellsworth Kolb, saw an economic opportunity at the Grand Canyon. But it didn’t come without constant determination — much like the Kolb Studio itself, which has clung to the side of the Grand Canyon for more than a century.

Advocates of this historic gem are in the midst of restoring the home and studio so it stays for at least a hundred more years.

The Kolb brothers embodied the pioneering spirit. In 1905 they struck a deal with entrepreneur Ralph Cameron. The Kolbs would take tolls from visitors. In exchange they could build a studio on Cameron’s mine claim.

At first they lived in a tent, took pictures of tourists and developed them in a mine shaft to sell to them. But Emery fell in love with a young woman named Blanche Bender.

“She said 'I’d love to marry you but I’m not going to live in a tent with your brother, you’ve got to build me a house,'” said Phil Payne, philanthropy coordinator for the Grand Canyon Association. “And so she was the real reason we got this place started.” 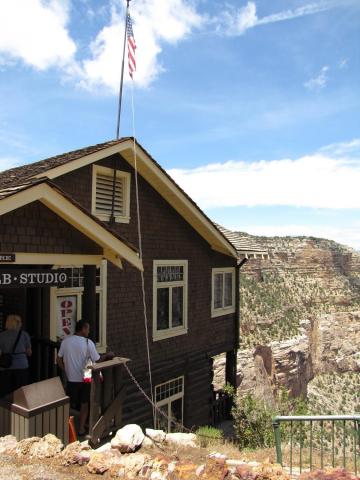 Laurel Morales
Emery and Ellsworth Kolb were determined to make their photography business at the canyon work. For many years Emery would run down to the springs four miles into the canyon to develop film.

And as their business grew they added on. The building is now five stories tall and has more than 26 rooms cascading down into the canyon. It’s bolted to the canyon wall with a narrow ridge underneath it.

It was designed to flex, because it sits over Arizona’s largest fault line.

Today tourists can take a detour off the South Rim Trail and into the gift shop and gallery.

On a recent visit Payne hastily punched in a code, opened a secret door and we stepped back into time. Most park visitors don’t get to see this. Payne showed off Emery’s favorite room of the house — a sun room with a giant picture window overlooking the canyon below.

“And from here you can see the trees down there,” Payne said. “That’s Indian Garden where they’d have to go for their water. It’s only a four mile trip, 1,000 feet in elevation change. Only. There’s a reason he lived to be 95.”

Every day the Kolbs would take pictures of the tourists traveling down into the canyon on mules. Emery would run down to the springs at Indian Garden to develop the film and have them finished to sell by the time the visitors journeyed out of the canyon.

In addition to photographing visitors the brothers made films of their adventures. They were the first to film a boating expedition from the Green River in Wyoming all the way to the Gulf of Mexico.

Eventually they added an auditorium to their studio, where they could show their films. Emery would stand on the balcony and narrate.

The Park Service did not always welcome the Kolbs at the canyon.

Payne said the brothers used the films to their advantage showing them to politicians who helped the men secure their place at the park. 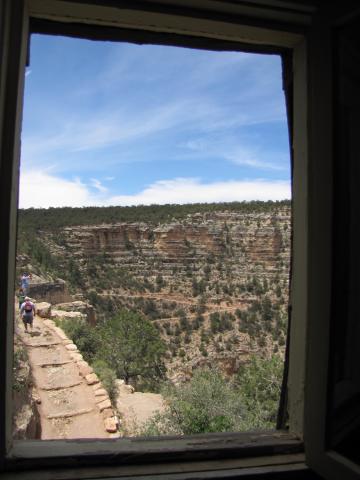 Laurel Morales/KJZZ
The Kolb brothers would open up this window of their studio to photograph tourists traveling down the Bright Angel Trail.

“He was definitely a rebel,” Payne said. “He would do whatever it took to get the job done. And if that meant stepping on some toes he’d do that.”

Today, Grand Canyon Superintendent Dave Uberuaga said the studio and the Kolb brothers should be celebrated.

“There isn’t anything like it anywhere,” Uberuaga said. “You look at how they were adventurous and said, ‘OK we need to add this, we’ve grown, we’ve grown.’ It has that entrepreneurial feel. These buildings, the human story makes the building. The building has its own story but without the two they’re not as strong.”

After Emery Kolb died in 1976 the studio was abandoned. Pipes burst, vandals broke windows and animals took up residence. In the early 1990s the park’s nonprofit partner the Grand Canyon Association stepped in to restore it.

Today the group is continuing those efforts, working with a historic architect to renovate the building as accurately as possible down to the type of paint and shingles used. The association estimates it will cost $440,000 to complete it by next spring.