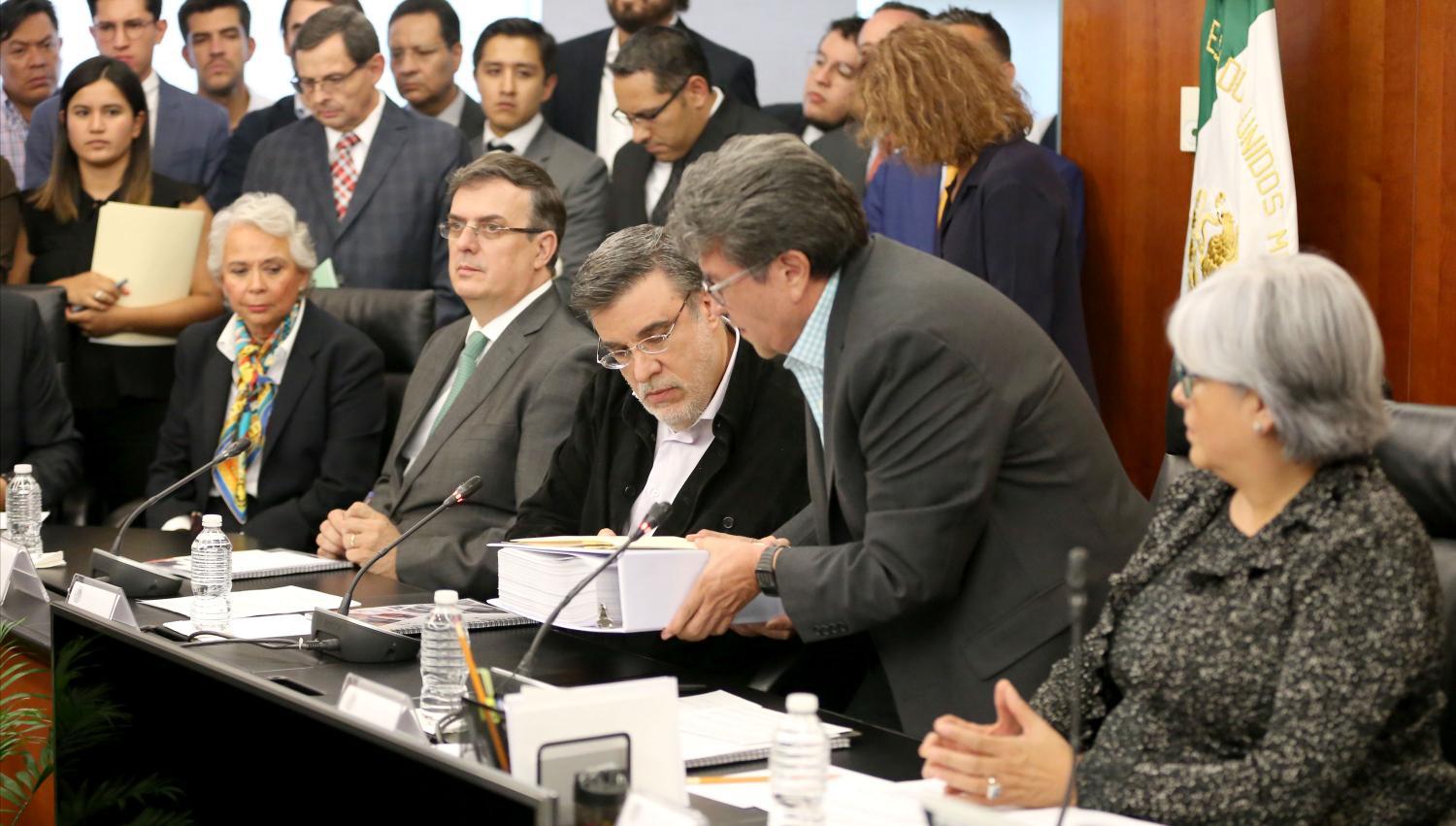 Mexican Secretary of Economy
Ceremony to ratify the US-Mexico-Canada Agreement at the Mexican Senate.

MEXICO CITY — President Donald Trump threatened on Twitter to impose a 5 percent tariff on Mexican goods if the flux of immigrants towards the border wasn’t stopped. But meanwhile, the Mexican government is about to ratify the United States-Mexico-Canada Agreement (USMCA).

On Thursday, the Mexican senate and the secretaries of economy, Graciela Márquez, and foreign affairs, Marcelo Ebrard, held a ceremony to start the ratification process of the USMCA. It’s Mexico’s last step to approve the trade agreement.

The Mexican Undersecretary of North American Affairs, Jesús Seade, said that Mexico’s ratification is the result of continuous dialogue with the US and Canada and of the elimination of steel tariffs, as well as on Mexico's labor reform.

But Mexico is not the only one that keeps trade negotiations moving. In Arizona, state representative Tony Rivero is proposing to open new trade offices in the Mexican states of Chihuahua and Guanajuato.

In order not to pay Tariffs, if they start rising, companies will leave Mexico, which has taken 30% of our Auto Industry, and come back home to the USA. Mexico must take back their country from the drug lords and cartels. The Tariff is about stopping drugs as well as illegals!