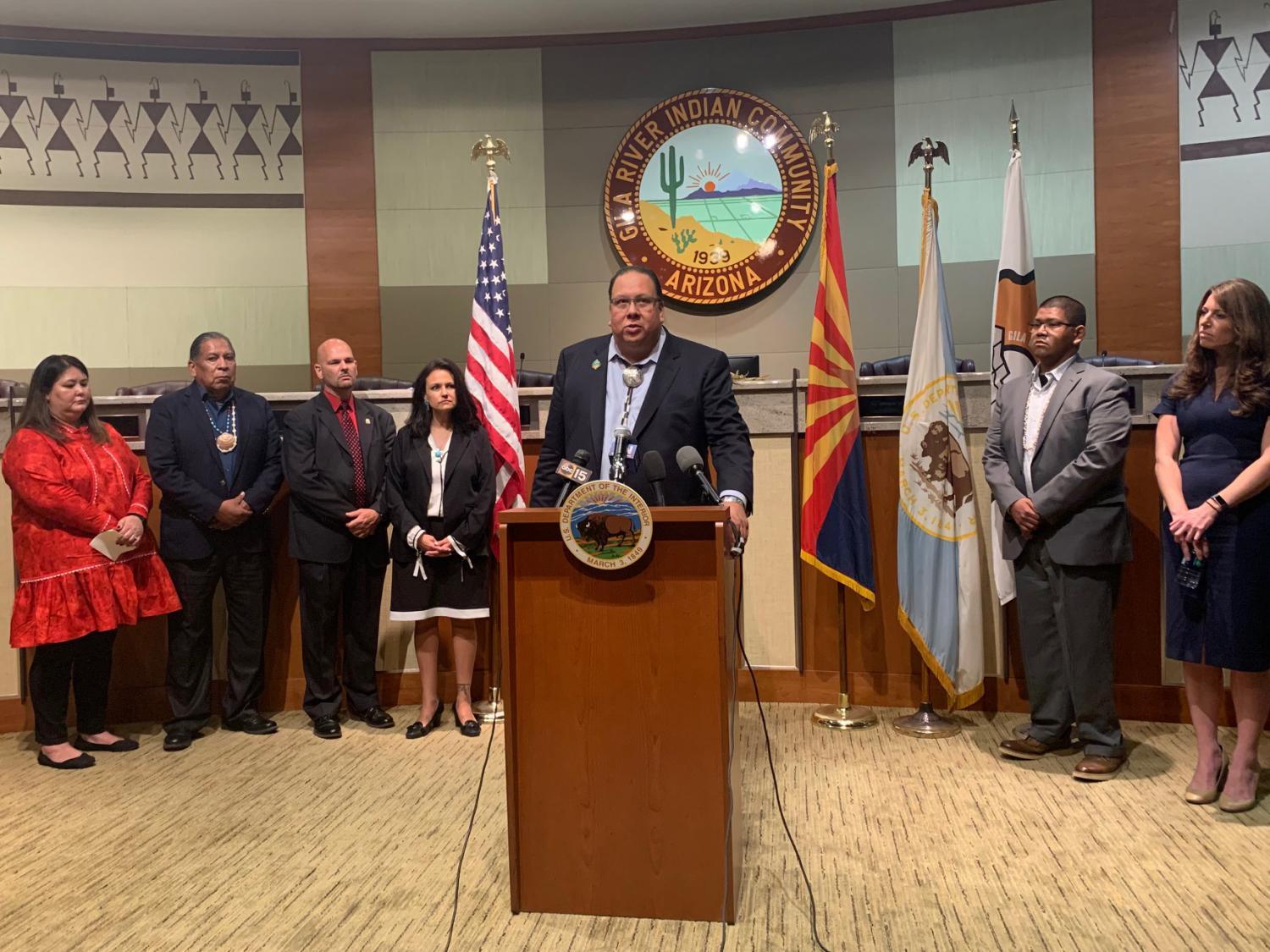 Mariana Dale/KJZZ
Stephen Lewis, governor of the Gila River Indian Community, said they're gathering information from law enforcement, hopsitals and the court system to better understand women who are murdered or go missing.

More than four in five Native American women will experience violence in their lifetime, according to one federal study.

In another report, Arizona counted the third-highest number of missing indigenous women and girls.

Those statistics are part of the reason federal officials met Tuesday with tribal leaders in Sacaton in the Gila River Indian Community.

GRIC Gov. Stephen Lewis said while each of the state’s 22 tribes is unique, there are opportunities to work together.

“Common themes emerged … around allowing tribes to determine where resources are needed in their communities and to the need of better sharing of information and data,” Lewis said.

The Gila River tribe is starting to collect its own data from law enforcement, hospitals and its court system.

Arizona will soon convene a task force of tribal leaders, police and victim advocates to study missing and murdered indigenous women and girls.

Existing data does not show the full scope of violence against women in Native American Communities.

The Violence Against Women Act re-authorization passed by the House includes some protections for Native American women.