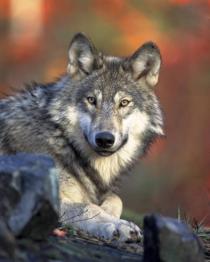 The New Mexico Game Commission has denied an appeal by federal officials to begin releasing endangered Mexican gray wolves in the state as part of recovery efforts in the Southwest.

The commission expressed concern about the lack of an updated recovery plan and decided during its meeting today to uphold a previous ruling by the New Mexico game and fish director.

Sherry Barrett, a spokesman with the U.S. Fish and Wildlife Service, said the decision is disappointing. But she contended the agency has a federal responsibility to recover the species.

"The Fish and Wildlife Service has a regulation that says that we’ll work with states to the best of our ability unless it impedes our mission," Barrett said. "And that’s the discussion that we’ll be having internally at this point in time."

Barret added delaying releases could compromise the genetics of the wild population which currently spans land in New Mexico and Arizona. There are at least 109 wolves roaming parts of the two states.