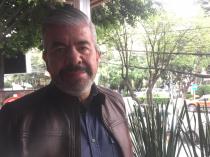 MEXICO CITY — Last week, Andrés Manuel López Obrador, or “AMLO,” became Mexico’s elected president. U.S. President Donald Trump called him almost immediately to congratulate him, and now AMLO plans to invite him to his inauguration. But not everyone in Mexico likes the idea.

“I look very much forward to working with him. There is much to be done that will benefit both the United States and Mexico!” Trump tweeted, referring to AMLO.

López Obrador said he wants to keep friendly and respectful ties with the United States.

For his supporters, the invite shows AMLO’s will to ease tensions between the U.S. and Mexico, mainly on trade and immigration.

Congratulations to Andres Manuel Lopez Obrador on becoming the next President of Mexico. I look very much forward to working with him. There is much to be done that will benefit both the United States and Mexico!

But others fear the encounter might send the wrong message, particularly after Trump’s comments and tweets against Mexico and Mexicans.

Among them is Raúl Flores, the Mexico City president of the Democratic Revolution Party (PRD), AMLO’s former party and one of its current antagonists.

“Trump is not a good sign for the other countries that Mexico need as allies,” Flores said.

He thinks having Trump in Mexico is risky, as the U.S. president likes to impose and dominate. He also considered Trump and AMLO’s styles similar, both leaning towards populism and pragmatism.

“Populism could be useful for the powerful, but not useful to the people. [Trump and AMLO] can do a very good agreement for them, but not for their countries,” Flores said.

In the meantime, López Obrador is holding several meetings to prepare for his upcoming inauguration. He will meet with Secretary of State Mike Pompeo next Friday.