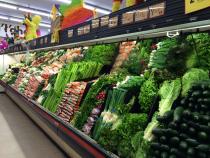 Every year billions of pounds of fresh produce cross the border from Mexico into the United States. Now, legislators in Florida are proposing a bill they say would protect U.S. produce growers from unfair Mexican trade practices. But opponents of the legislation say it would be bad for consumers.

The bill was proposed last week by Republican Sen. Marco Rubio of Florida along with U.S. Reps. Vern Buchanan and Al Lawson, also of Florida. Called the Defending Domestic Produce Production Act, the legislation would make it easier for U.S. growers to petition the government to investigate imported produce that is being illegally subsidized or sold for less than the cost of production, known as dumping.

But while that might look good for Florida produce growers, it’s bad for the rest of the country, said Lance Jungmeyer, president of the Fresh Produce Association of the Americas in Nogales, Arizona.

“They’ve had opportunities, I think, to try to adapt technologies and improve their business model and they haven’t taken advantage of it,” he said of Florida's producers. “And that brings us to the Rubio bill where they’re trying to essentially legislate themselves to profitability as opposed to being able to compete in the open market.”

He says the bill would likely cause other countries to retaliate with similar measures. And Americans could end up paying more for produce.

"And in the cases when have a freeze or a hurricane that comes through in Florida every now and again — and we have freezes in Mexico too — if you don’t have the produce available, then you’ll have situations like we’ve seen in the past when grocery stores will put up a sign saying due to a freeze, tomatoes are not available," Jungmeyer said.

“The less produce that comes from Mexico, the more expensive the produce is going to be in the states,” he said. “It’s going to help the growers, yes, but it really hits, pokes a hole in the pocket of the consumer.”

He said provisions to the new bill were kept out of the renegotiated North American Free Trade Agreement (NAFTA), or the USMCA, because most producers on both sides of the border agree that they’re better off without legislation that adds barriers to trade.

Congress also shot down a similar proposal from the Florida legislators in September, Jungmeyer said, on the advice of U.S. producers.

“The lion’s share of U.S. agriculture came out and said that it's bad for trade,” he said.