Pants Or Skirt? The Debate Behind The New School Uniforms Policy In Mexico City 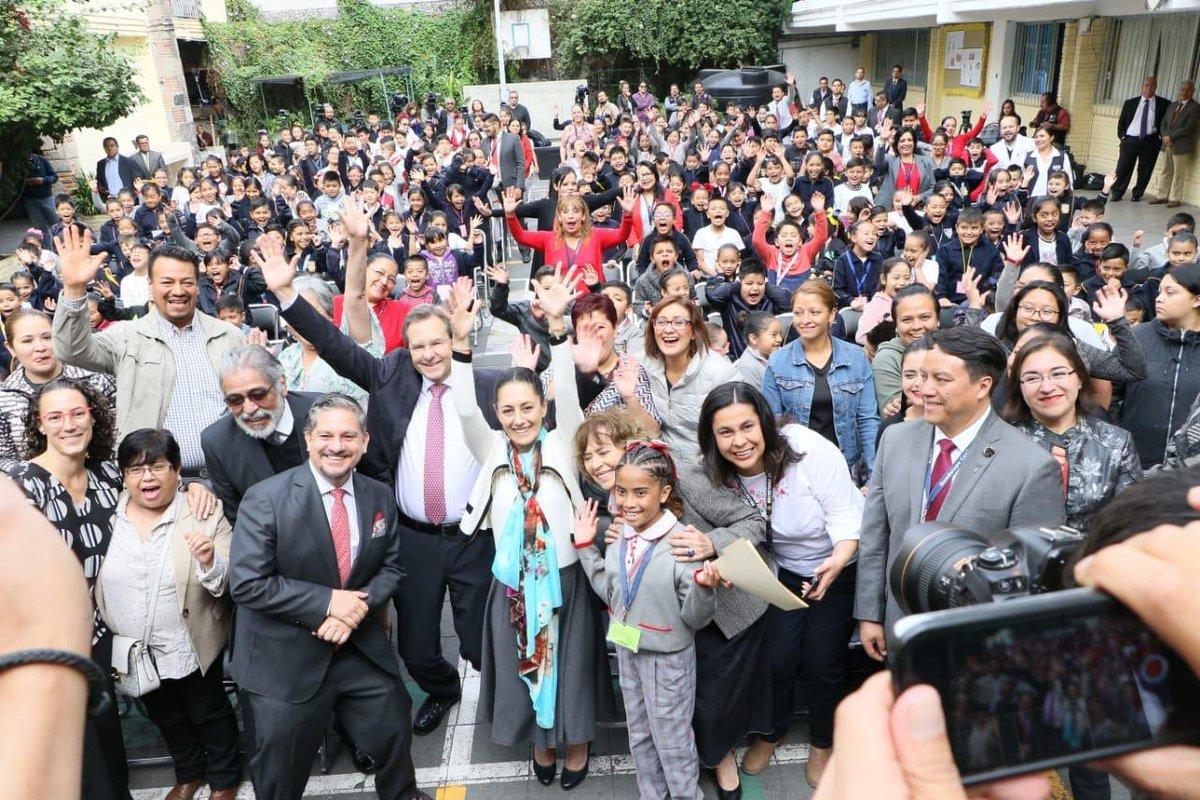 MEXICO CITY — Skirt or pants? Children and teenagers in Mexico City’s public schools will be able to choose what to wear regardless of their gender. But the gender-neutral uniform policy in Mexico City’s basic education system comes with controversy. How hard will it be for the measure to promote tolerance and diversity?

Classes are over in Mexico City on a warm afternoon. School buses depart, and parents pick up their kids. Among them is Lourdes Ríos, mother of two 13-year-old girls and students of a public junior high school.

Ríos agrees with Mexico City’s new rule for public school uniforms, which allows students to wear skirts or pants regardless of their gender. 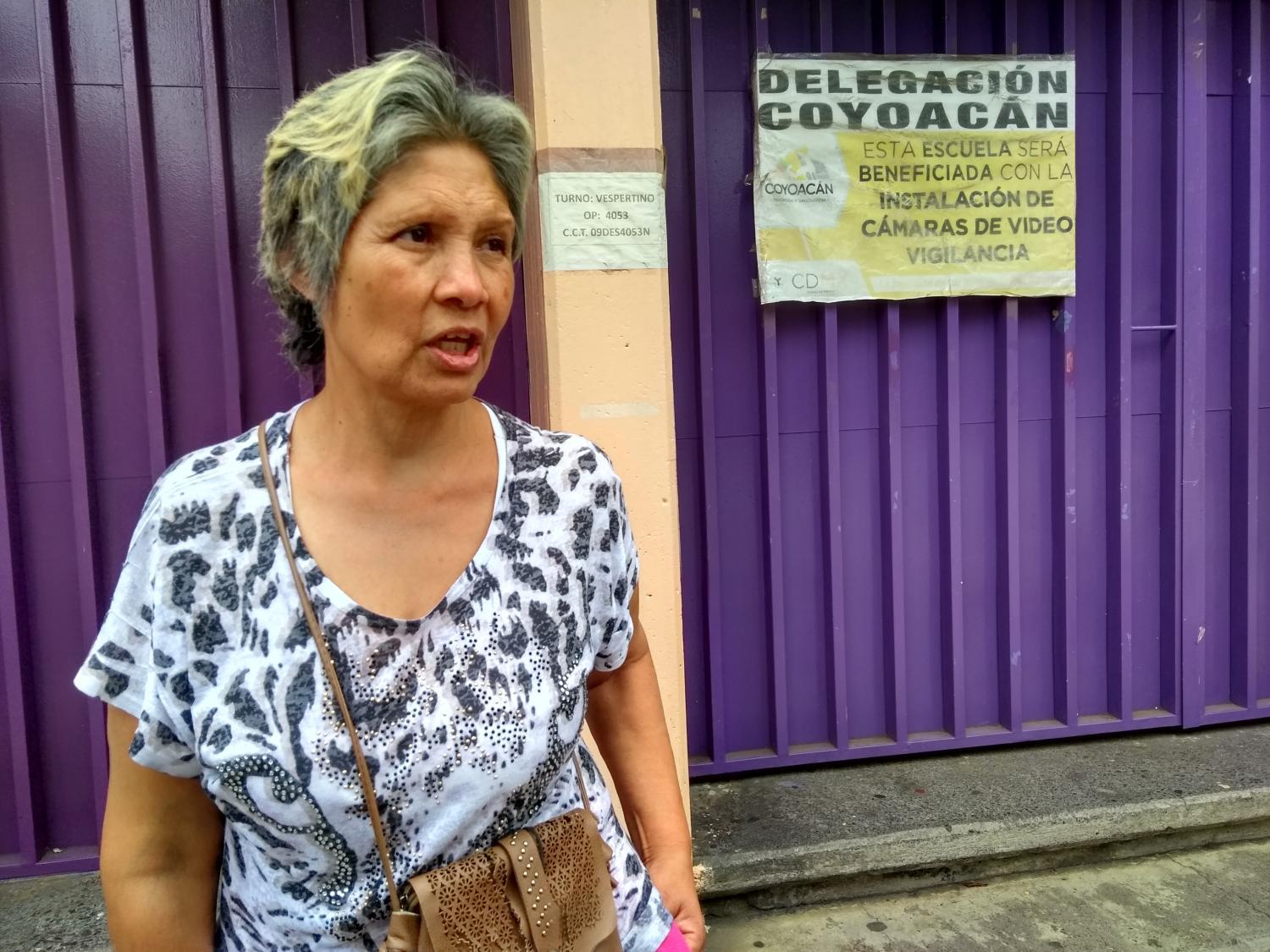 As we chat, another mom joins our conversation. She’s Maricarmen Tapia, who at first said it would be weird for boys to wear a skirt, but later adds that men in Scotland and in ancient cultures used to wear them — so why not?

“Pants would be great for teenage girls. Skirts make them an easy target for bullies" Tapia said. "When I was young, we had to wear white skirts, which was even worse, because when we were in our period, it wasn’t comfortable at all.”

Both parents ended up agreeing on the uniform policy.

“It’s time to take off the bandage from our eyes, as times change, and see beyond,” Ríos said.

But for Mexico’s National Union of Parents (Unión Nacional de Padres de Familia), a century-old nonprofit, the problem goes beyond.

Images of Jesus and Mary welcome the entrance of the temporary facility of the organization, which claims to be non-religious and non-partisan. Marco Tulio Mendoza is its spokesperson and said they’re against the uniform policy.

“It doesn’t solve anything, it doesn’t bring anything good, but it does 'ideologize," Mendoza said.

Mendoza explained the measure is not intended to solve serious inequality problems among students, including child labor, and only plants the idea that gender is not determined by biology but by society. “Gender ideology” is an international movement trying to enter Mexico, according to Mendoza. 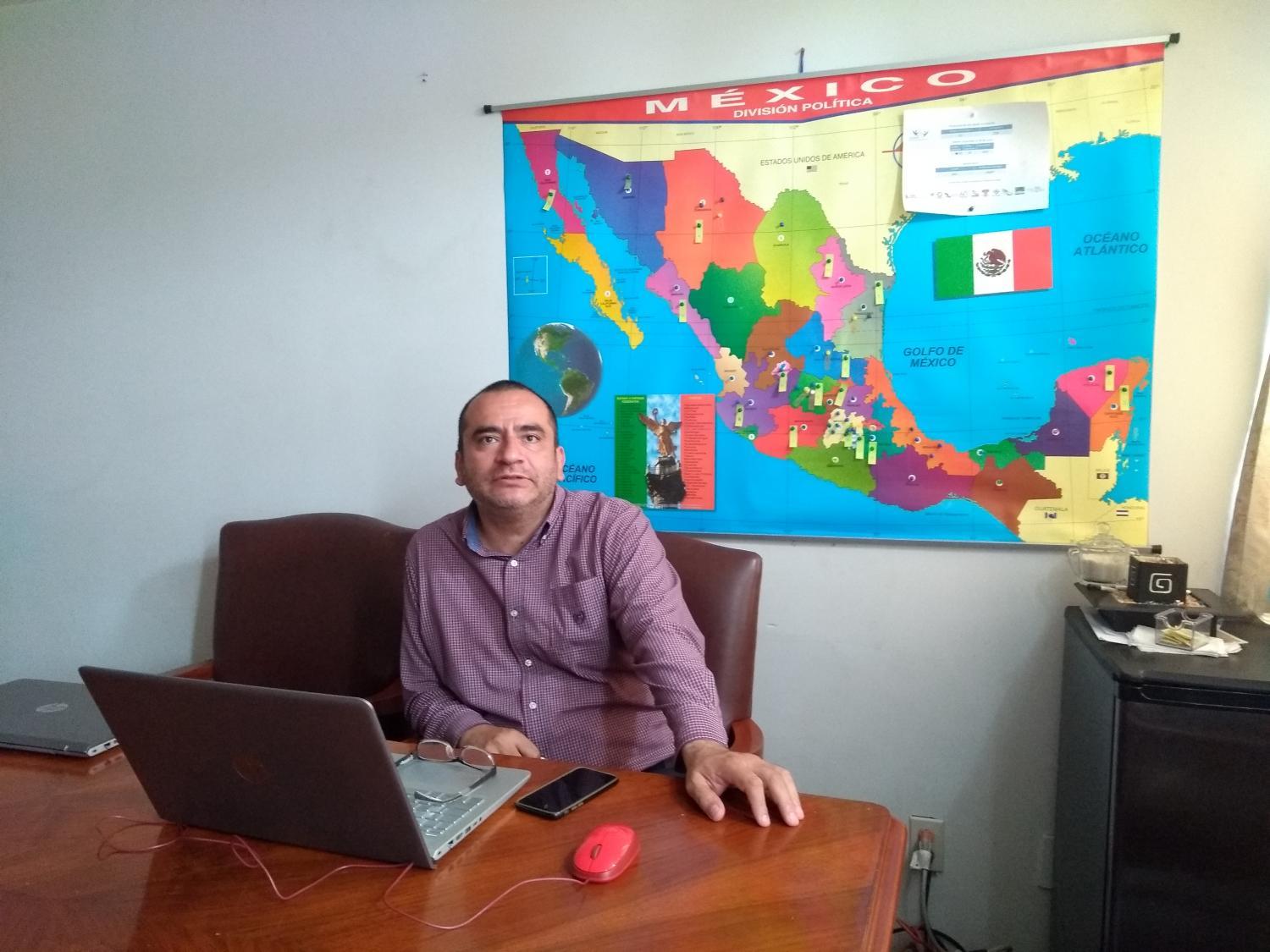 “What we really don’t want is the intervention of the state. The government should allow parents, and not kids, to decide,” said Mendoza, adding that people are free to choose their clothes and sexual preferences as adults.

Mendoza said the organization is trying to push the government to focus on improving the public school’s infrastructure and education level instead of imposing ideologies.

“In addition, I can’t imagine the bullying problems we’ll have against boys wearing skirts,” Mendoza said.

But there’s someone who actually promoted that same idea to fight bullying long ago: Juan Pablo Santibañez.

“It has become much more my priority to empathize with the others,” Santibañez said.

He is gay and has defended equal rights since a teenager. Back then, he suggested to his teacher to make boys wear skirts to help them understand female harassment. It didn’t work.

“My professor and my peers, my male peers, laughed at me; also the girls,” Santibañez recalled.

Recently, Santibañez got excited when he heard about the neutral uniforms, but the lack of guidelines makes him think it could end up promoting more divisions.

He said the government should provide better information for parents and students, particularly as identity and embracing your own self is a confusing issue at a young age. 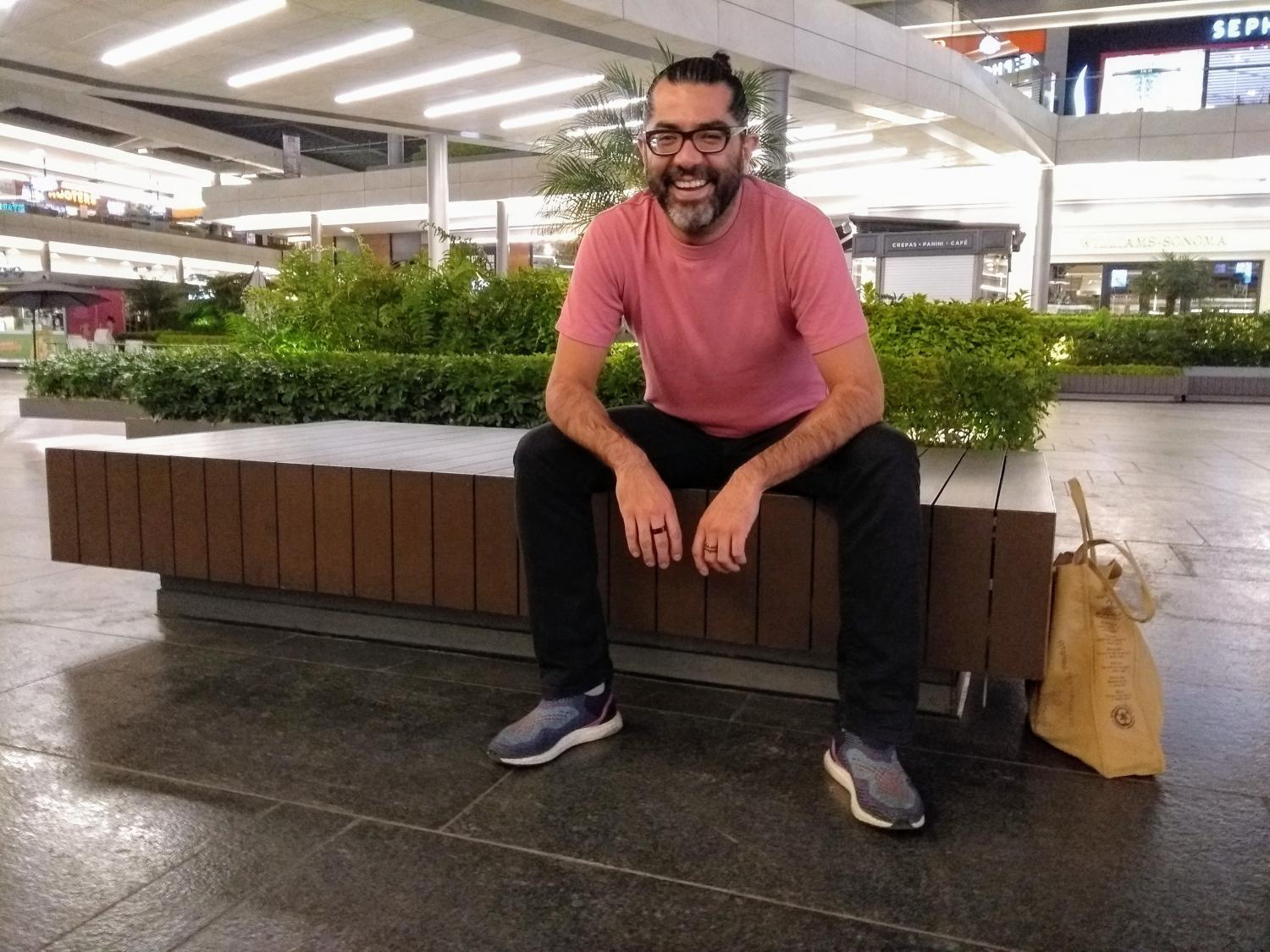 Rodrigo Cervantes/KJZZ
Juan Pablo Santibañez is gay and has been defending equal rights since his teens.

But someone who thinks this is the right thing to do, and in the right moment, despite Mexican matriarchate and machismo is Paola Lona. She’s a psychologist and co-owns a pre-K school.

“This thing is not about skirts or pants, it’s about having freedom of choice,” said Lona.

The psychologist said new generations need to learn to take ownership of their actions and their identities — and there’s no age limit to do so.

“Are we ready to choose skirt or pants at age eight? Yeah, yeah! Of course we are!” said the entrepreneur.

Lona compared the uniform policy to the societal idea of colors belonging to specific genders (pink for girls; blue for boys), and said those concepts can change and have nothing to do with sexual preferences or gender.

“This is a paradigmatic change in the way our society works because we start acquiring responsibility of our lives,” said Lona.

For the expert, the change of mentality might not be immediate, but will bring great results.

“I didn’t think in my wildest dreams I would be talking about this. I just really hope it works,” said Lona.

"I didn’t think in my wildest dreams I would be talking about this. I just really hope it works."
— Paola Lona, psychologist 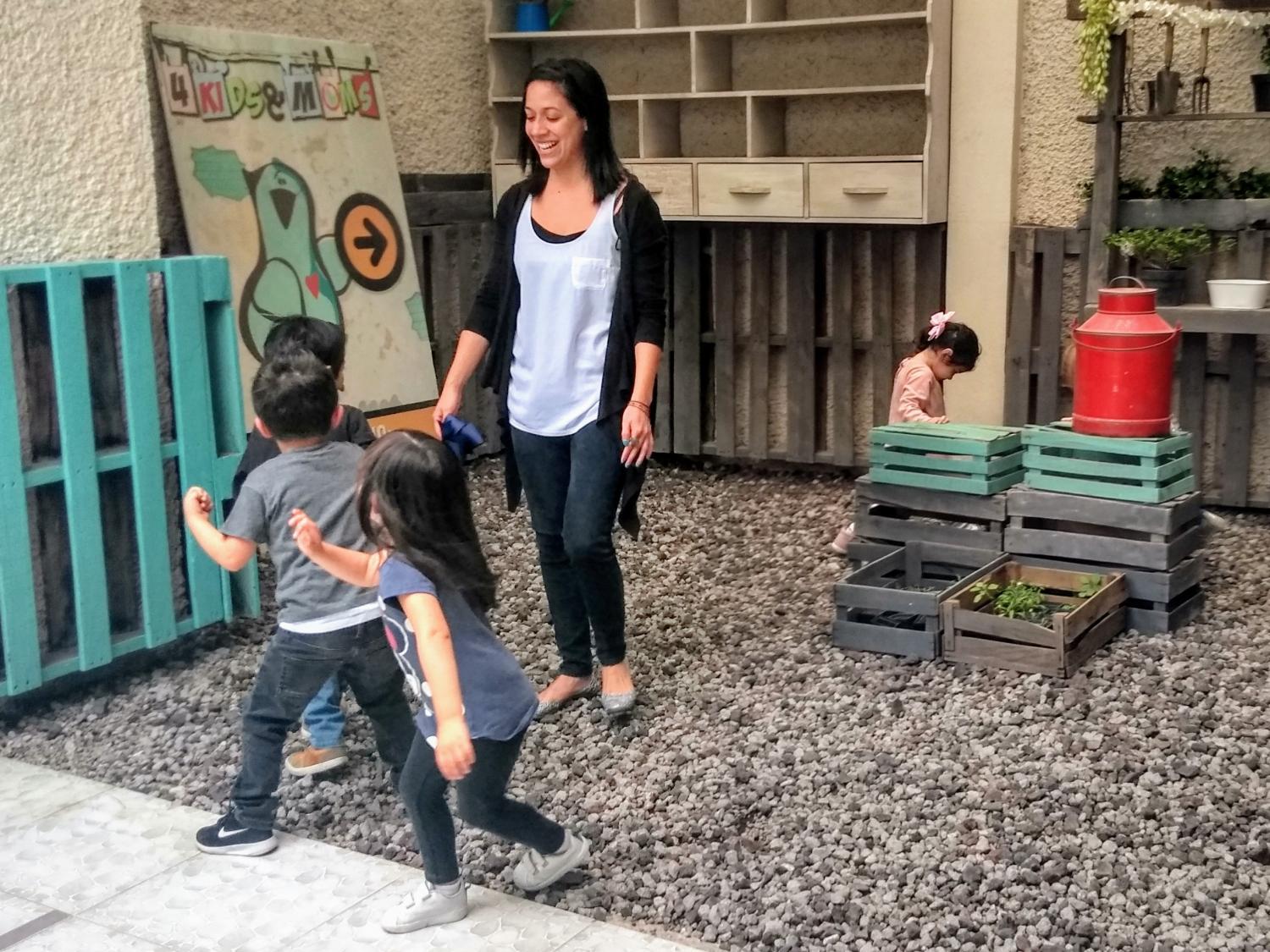