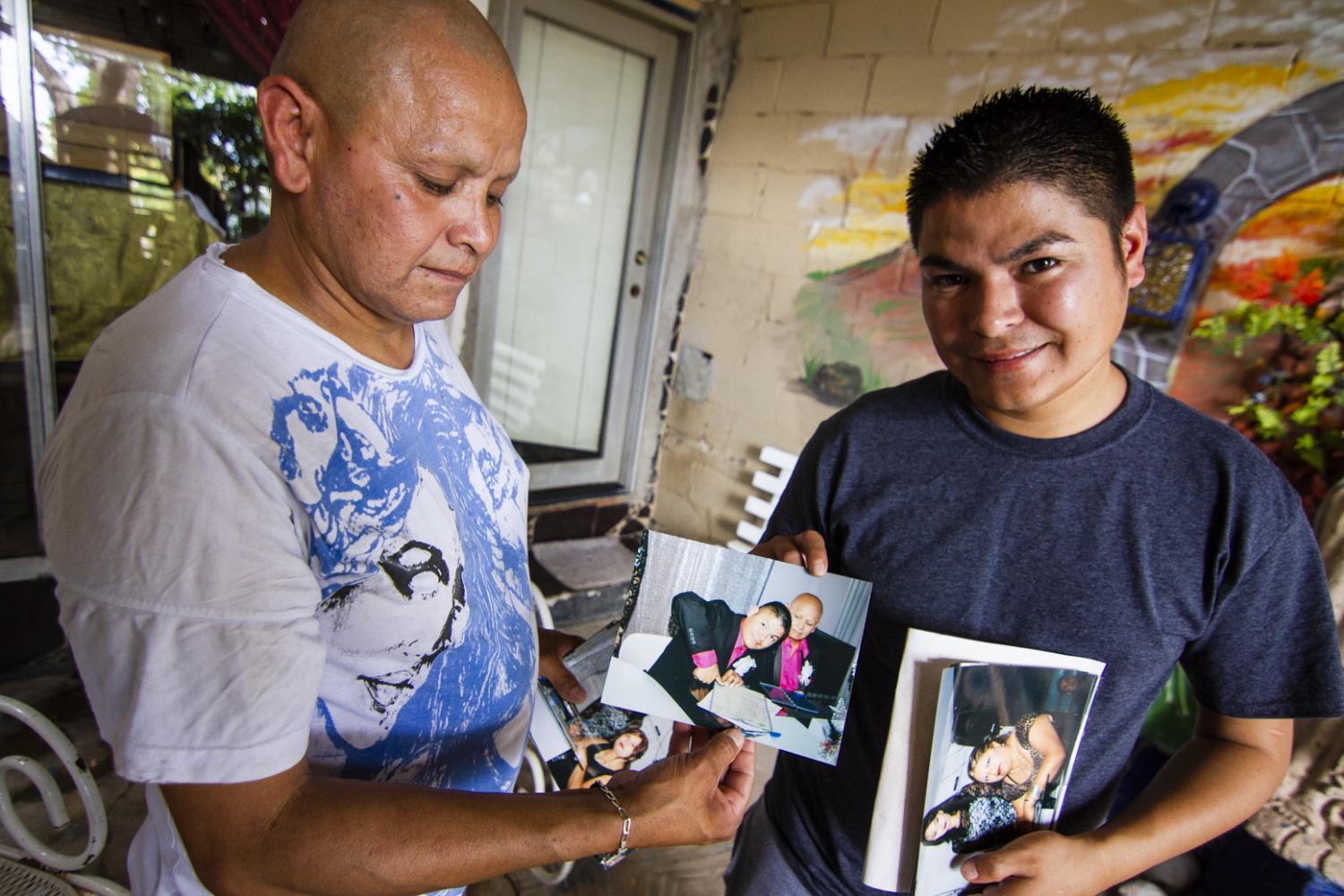 On the shaded, second-story porch of Miguel Angel Ruiz and Jorge Alberto Navarro’s Nogales, Sonora, home, love birds are singing. It’s an apt background tune as they talked about the second anniversary of their July 2017 marriage.

“Two years of putting up with him,” Ruiz, a nurse, said with a laugh of Navarro, a nursing student.

“The same: I’m putting up with him,” Navarro gamely responded.

Photos of the wedding show dozens of smiling attendees, dancing, finalizing their wedding certificate and, of course, a toast.

“It was a message of thanks to all of the people who accompanied us,” Ruiz said.

Weddings are often a lot of work, but as a same-sex couple in Sonora, Ruiz and Navarro had to jump through additional hoops to get that certificate in their hands.

In 2016, they went with documents in hand to the civil registry like any couple would. But as expected they were denied, starting what would ultimately be a year-long process to win a federal judge’s ruling granting them the ability to marry there. Ruiz and Navarro were lucky to have free legal help, but many have had to bear those sometimes substantial additional costs. 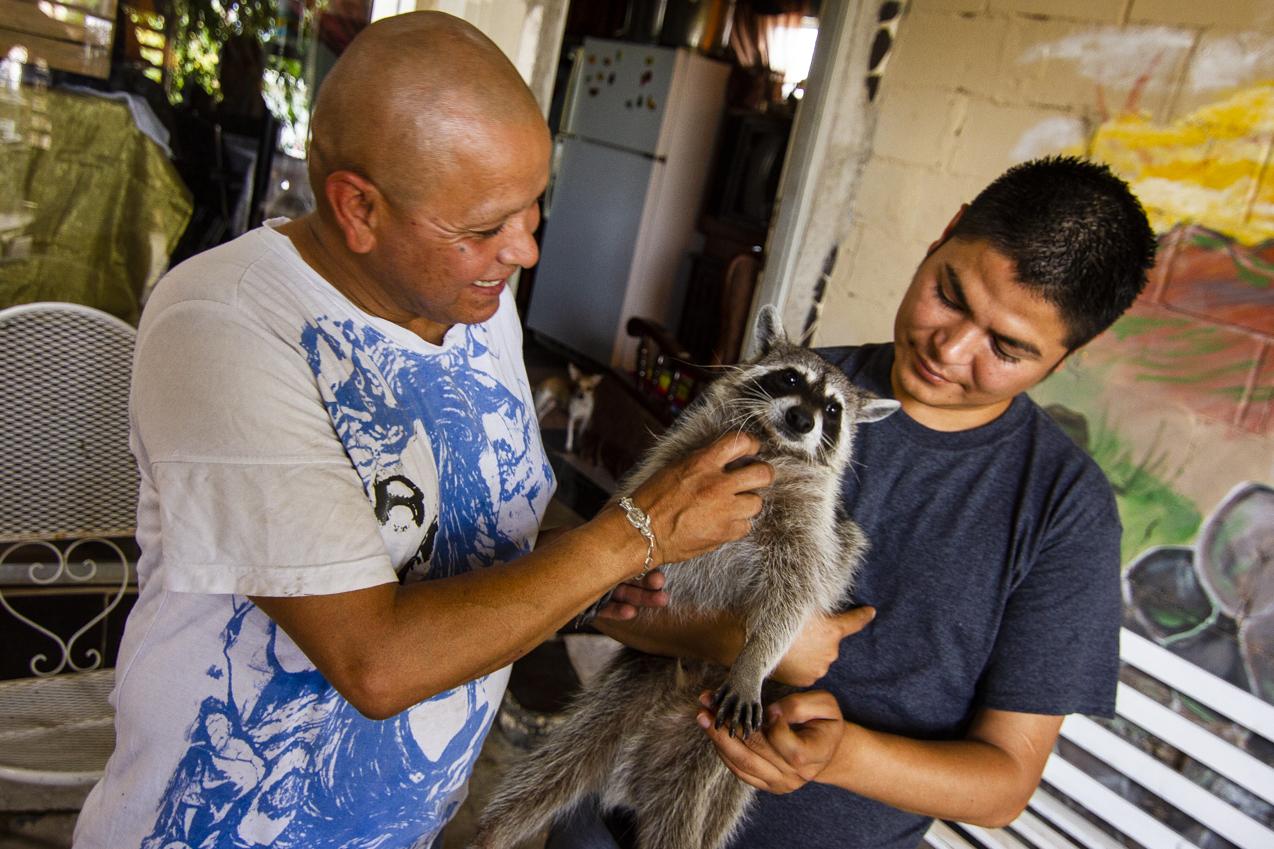 Murphy Woodhouse/KJZZ
Miguel Angel Ruiz (left) and Jorge Navarro have a number of pets, including a raccoon named Pancho.

Like many states in Mexico, Sonora’s family code defines marriage explicitly as the “legitimate union of a man and a woman.” It also clarifies that same-sex marriages are “legally impossible.”

That’s despite a June 2015 Mexican Supreme Court ruling that “any state law that ... defines (marriage) as between a man and a woman is unconstitutional.”

“It’s important to note that that 2015 ruling did not invalidate any law in any state,” said Alex Ali Mendez, head of litigation at Mexico Igualitario, a group that advocates for LGBT rights. He was involved in several of the cases that led to the ruling decision. “It’s like a general declaration.”

But it did open the door countrywide for federal court actions called amparos, which is what allowed Ruiz and Navarro to marry despite Sonora’s prohibition.

Nearly 50 Sonoran couples have married in that fashion, according to state data provided to KJZZ through a records request.

But a number of states — about 10 by Mendez’s count — did change their laws, or already allowed gay marriages before the ruling.

In several others, courts ordered discriminatory language to be cut, and in a few more administrative changes opened the door to unrestricted same-sex marriage. All told, same-sex couples can get married in about half of Mexico’s 32 states like other couples, Mendez said.

And there’s a chance Sonora will join that list.

State Rep. Yumiko Palomares is sponsoring a reform measure that would change Sonora’s civil and family code to allow for same-sex marriage.

“The (LGBT community) presented their legislative agenda, and the top item in that agenda was marriage equality,” she said of her 2018 campaign. “And then we made a commitment to them that if we became legislators, we were going to take up that agenda.”

In a nationwide landslide, her left-leaning coalition won overwhelming majorities in Sonora and across Mexico.

“(Same-sex couples) invest time, money and effort on something the Supreme Court already ruled on in 2015,” she said. “We as legislators are obligated to carry out these reforms.”

"(Same-sex couples) invest time, money and effort on something the Supreme Court already ruled on in 2015. We as legislators are obligated to carry out these reforms."
— State Rep. Yumiko Palomares

The last legislature was similarly obliged, but failed to act, according to Palomares.

But the initiative’s prospects are unclear. A comparable measure recently failed in neighboring Sinaloa, despite the same center-left coalition’s majority there. Baja California Sur’s reform was approved in late June.

Even if the reform is unsuccessful, Palomares said there are other paths to marriage equality in Sonora to pursue. 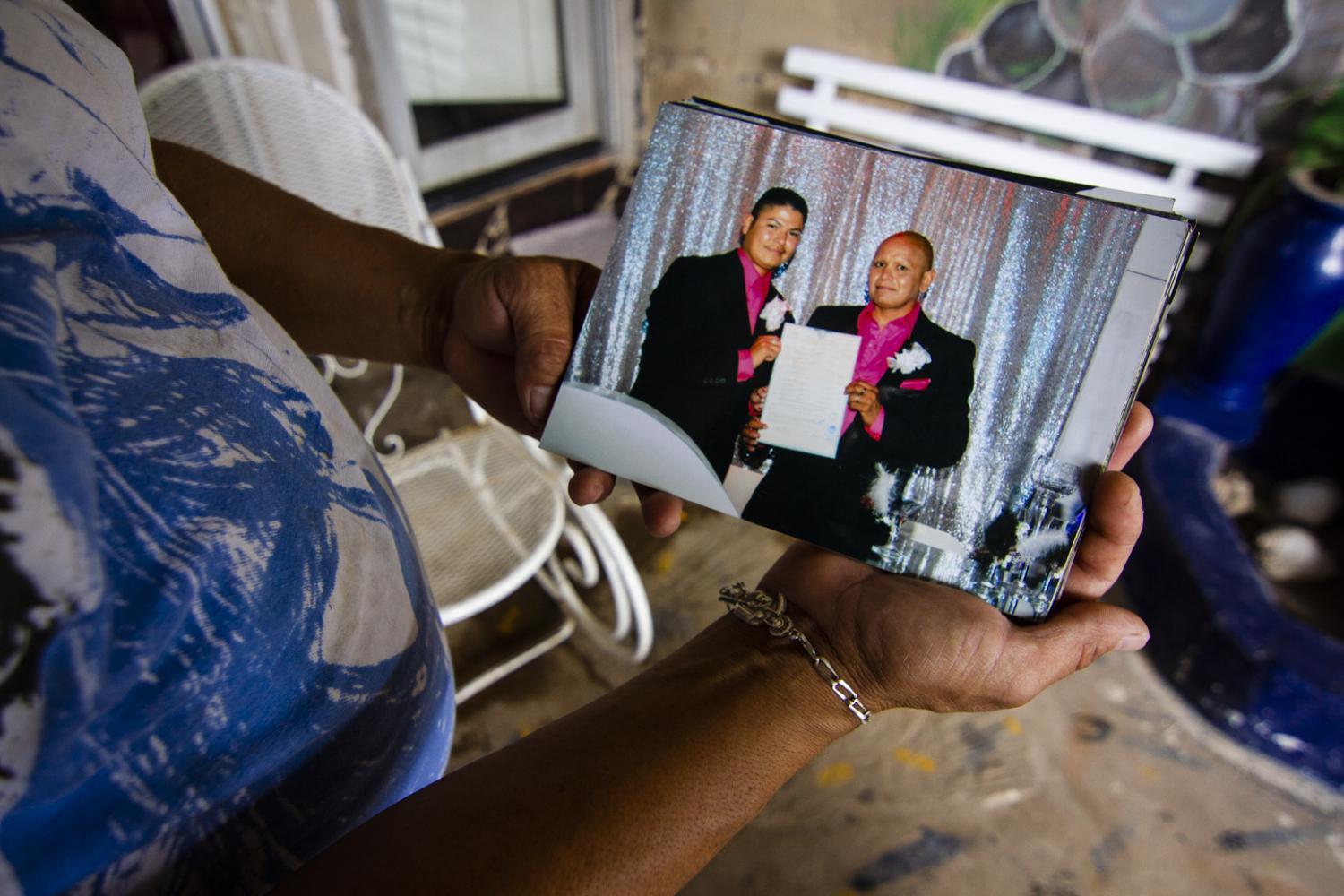 Murphy Woodhouse/KJZZ
Miguel Angel Ruiz holds up a photo of him and his husband with their marriage certificate in July 2017.

“We want to build a new path that doesn’t depend on the will of state legislatures to carry out reforms or not,” he said of those efforts. “When it comes to human rights, we cannot let these rights be violated simply because a state legislature doesn’t agree.”

Palomares’ effort has its share of critics. Among them is Oscar Serrato, who was a major force behind the state’s current family code, including elements that prohibit same-sex marriage. He said reform could bring unintended consequences, and that the state has no obligation to change its laws.

“The Supreme Court justices … have decided that they don’t want to be constitutional judges, they want to be legislators,” he said of the 2015 ruling.

Mexico’s states are in the best position to develop family laws that reflect their values and traditions and efforts to curtail that ability are federal overreach, he said. Sonora is not ready for a new definition of marriage, in his view.

“Every state has its own rationale, its own tradition, its own culture and its own society’s development,” he said. “Family laws have to address the situation in that society in that era, or that epoch or that time. And they have to evolve at the same pace as society. Family codes are not the way to provide for social engineering.”

Back in Nogales, Sonora, Ruiz and Navarro agree that many Sonorans may not be ready for the change. But even if the state law doesn’t change, the harder path that they took will still be open to other same-sex Sonoran couples.

“Sooner or later, it will happen,” Ruiz said.