Tracing The Migrant Journey: On The Ground In Portland, Maine 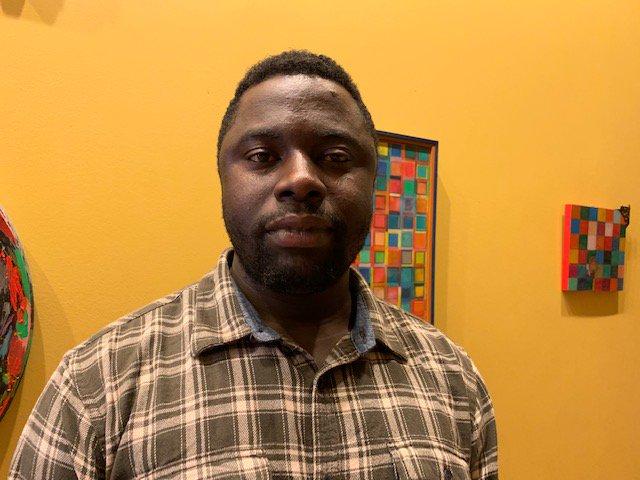 Laurel Morales/KJZZ
Henrique Malonda fled Cabinda, Africa, with hundreds of other asylum seekers who have sought refuge in Portland, Maine.

LAUREN GILGER: Today we reach the last stop of our ongoing series Tracing the Migrant Journey. We've heard dispatches from Honduras, Guadalajara, the border of Mexico — but today we go all the way north to Portland, Maine, where KJZZ's Laurel Morales is reporting on people seeking asylum there. Good morning, Laurel.

GILGER: OK, so tell us why you're there. What's happening in Maine?

MORALES: Well, about 400 people seeking asylum from Central Africa have come to this small town of Portland, Maine, over the last couple of months. Most of them have been housed in the Expo Center, and that was up until a week ago, when the basketball team needed it to practice. So they were kicked out, and organizations have been scrambling ever since to find them housing or find host families for them.

GILGER: Why are they leaving Africa?

MORALES: The people I spoke to yesterday are fleeing a decades-long civil war, mostly in the Democratic Republic of Congo area. Henrique Malonda is from Cabinda. Cabinda is right next to Congo. It's an oil-rich occupied territory under Angolan occupation.

GILGER: So tell us about their journeys there. Like how difficult is the process of getting to this place?

MORALES: Two men I spoke to were very nervous about leaving and being apprehended or found out. But they left about a year ago, when it was much easier to get a visa, and they flew to New York and took a Greyhound bus to Portland. But more recently, many fly to Brazil or Ecuador or someplace where they don't require visas. Then they make their way through Central America to the border. That's what Joseph Yakini needed. He is from the Democratic Republic of Congo where they speak French. 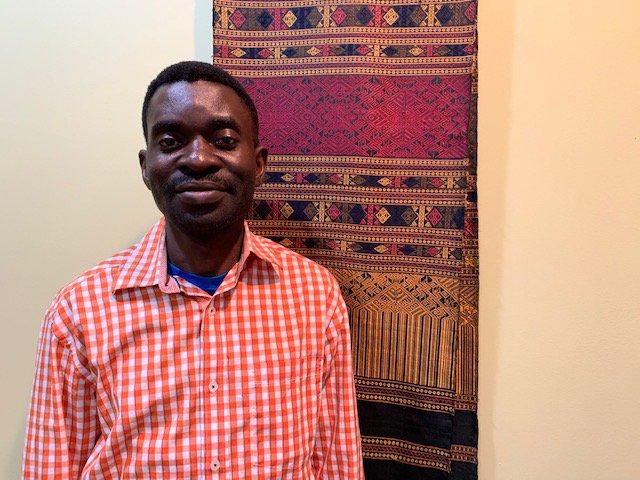 Laurel Morales/KJZZ
Joseph Yakini from Democratic Republic of the Congo, says he endured a traumatic journey to the United States. He was beaten and robbed in Columbia, walked thru jungles in Panama. Yakini says he feels safe in Portland, Maine, but his future is uncertain.

MORALES: And he says it was a traumatizing journey for him and his family and the men who came with them. When they arrived in Colombia, Joseph was beaten. The man took all of their possessions. The route to the southern border, they walked through the Amazon jungle, where they saw dead bodies. Some people got sick along the way, and they had to stay and die because they had no support for them. At one point, they took small boats to cross the sea and lost someone who fell overboard. So it's been very traumatizing, especially for the people who had to come through Central America.

GILGER: Yeah, yeah. So of all of the places people from Central Africa could choose to end up, why Maine?

MORALES: Many say they chose Portland because they heard it's a good place to raise a family. And, you know, it's often ranked on the top 10 places to live in the U.S. But there's also support for them here, and now there's a growing community of Central Africans. Jose Mavungo from Angola says he, his wife, three children and nephew finally feel safe here.

JOSE MAVUNGO: Yes I do, I have a house. They give me a house with my family I feel home. It's very nice. I can see my kids play around with neighbors. It's the kind of joy that, excuse me ... You need to see your past and compare your past to the present, so then you can know happiness.

GILGER: Portland is it is a fairly small town, I think. Does the city have the services to support all of these people?

MORALES: Well the city's applying for federal emergency management agency funds, and the Democratic governor Janet Mills issued an emergency rule. She issued an emergency rule change last month to this state's general assistance program. And so towns can now be reimbursed for helping accommodate people seeking asylum. I also spoke to the director of Greater Portland Family Promise, who says Portland needs more affordable housing. So this surge of asylum seekers has really forced them to work on a better housing strategy. 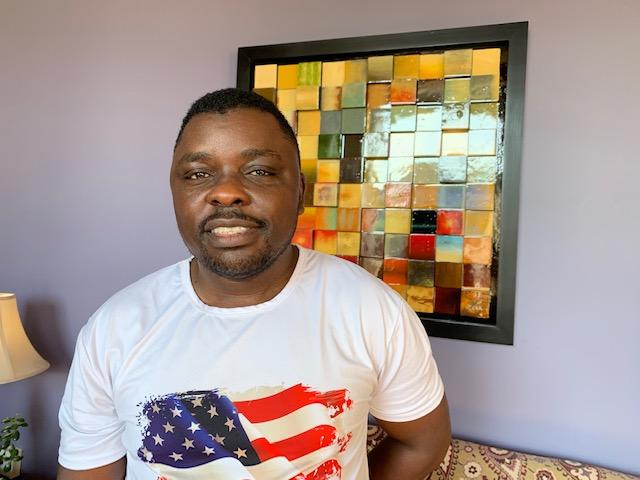 GILGER: How has the community stepped up as well?

MORALES: The city has received $900,000 in donations. People are offering to host the families until they find permanent housing. More than 2,000 people said they'd volunteer at the Expo, and food donations from local farms have been pouring into Portland's soup kitchen.

GILGER: Since they've reached Maine now, what sorts of challenges are they still running into, these asylum seekers?

MORALES: So, these asylum seekers are in limbo right now. The current administration's policies have definitely slowed down the asylum process. Some conservative lawmakers and citizens here in Maine fear that asylum seekers' needs are now coming before others who have been waiting for services. They had a homeless problem before the asylum seekers got here, and so some of them are saying we need to take care of our own first. But the Maine State Housing Authority says the one-time-use emergency housing funds and waitlists for the new arrivals are completely separate from those who were already here.

GILGER: All right, that is KJZZ's Fronteras Desk reporter Laurel Morales joining us from Portland, Maine, the last stop in our ongoing series Tracing the Migrant Journey. Laurel, thank you for joining us and telling us about this.

MORALES: Thanks for having me, Lauren.

GILGER: If you want to learn more about this four-country reporting project, you can go to journey.kjzz.org, and you can follow along with our reporters on Twitter with the hashtag #MigrantJourney.