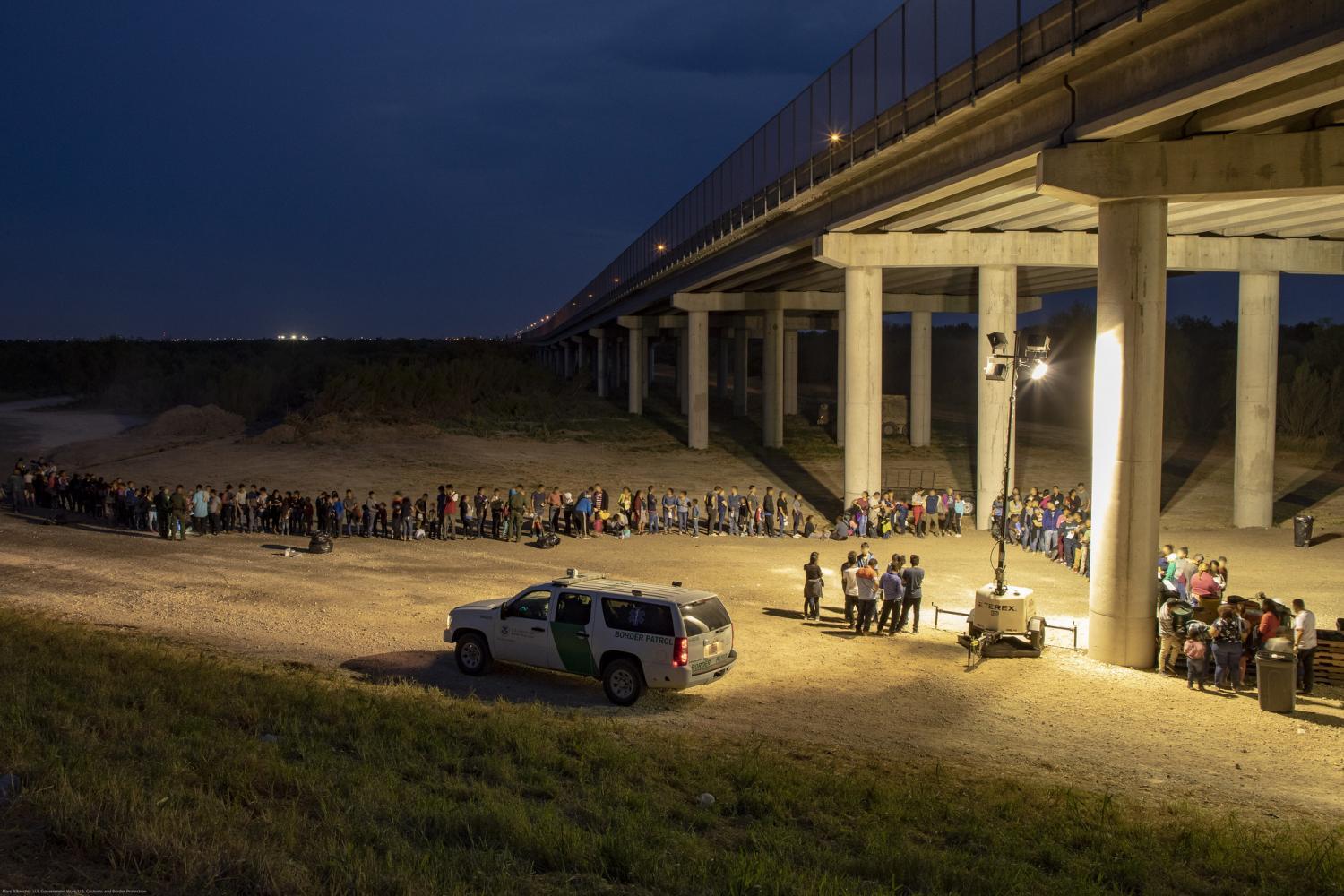 U.S. Customs and Border Protection
As the sun sets near McAllen Texas, migrants that have crossed the Rio Grande surrender to U.S. Border Patrol near an area known as Rincon in June 2019.

The Trump administration has steadily been shrinking the cap on refugee resettlement in the states.

According to the International Rescue Committee, the cap has averaged 95,000 refugees since 1980 when the resettlement program began. President Trump cut it to 45,000 last year. Then 30,000 this year. And now, he wants it set at 18,000 for the coming fiscal year, which starts Tuesday.

Acting Director of Citizenship and Immigration Services Ken Cuccinelli blamed the ongoing crisis at the border for the cut, arguing refugee officials must be reassigned to the border to handle an influx of asylum claims made by those crossing the southern border.

So what does the diminishing resettlement cap mean? Currently, about 30,000 people have completed interviews with the U.S. Department of Homeland Security to enter the country. 9,000 have already been approved and are technically ready to go. But under the new cap, some in the queue may not be able to come to the U.S. as soon as they may have planned.

Stanford Prescott, with the International Rescue Committee in Phoenix, said that’s ultimately a loss to the U.S. and it’s long-standing tradition of welcoming people fleeing persecution.

The administration had reportedly considered reducing the cap to zero — a possibility that had advocates bracing for the worst.

That reduction would also affect specific groups which advocates have used to defend the program. For example, the cap will include up to 4,000 Iraqis who have assisted the U.S. government and up to 5,000 religious refugees.

But Prescott said this is about more than the numbers behind the president’s order.

Beyond the obvious humanitarian reasons cited by groups like the IRC, Prescott also argued there are economic benefits. He said refugees contribute to their new homes as working professionals, and they are actually more likely to start their own businesses than U.S.-born citizens.

Politics and economics aside, Prescott said refugees are refugees for a reason: They are in danger, and they will likely remain in danger if they are denied a chance to start over.

Muska Haseeb recently wrote an opinion piece for the Arizona Republic that argues that she, and other refugees, boost our state’s economy, and further cutting the number allowed in, will only hurt us. The Show spoke to her about her piece.