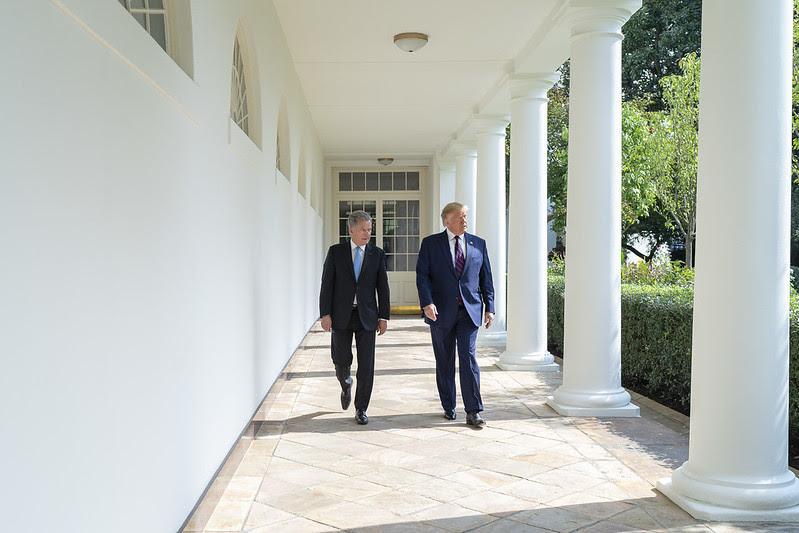 whitehouse.gov
President Trump meets with the President of the Republic of Finland.

Finland has agreed to return to Native American tribes ancestral remains and artifacts taken by a scientist in the late 1800s.

In 1891, a Swedish researcher took hundreds of artifacts and the remains of 20 people from what is now Mesa Verde National Park in Colorado. They eventually became housed at the National Museum of Finland.

Three years ago, the 26 tribes in the Southwest who have Mesa Verde ancestors worked with the museum to identify the remains and artifacts in hopes of having them brought home. They include Hopi, Navajo and 19 Pueblos of New Mexico.

The White House announced the agreement to repatriate the remains and artifacts during a news conference with the Finnish president in Washington on Wednesday.