Mexico To Review Legislation For Uber, Other Ride-Hailing Services 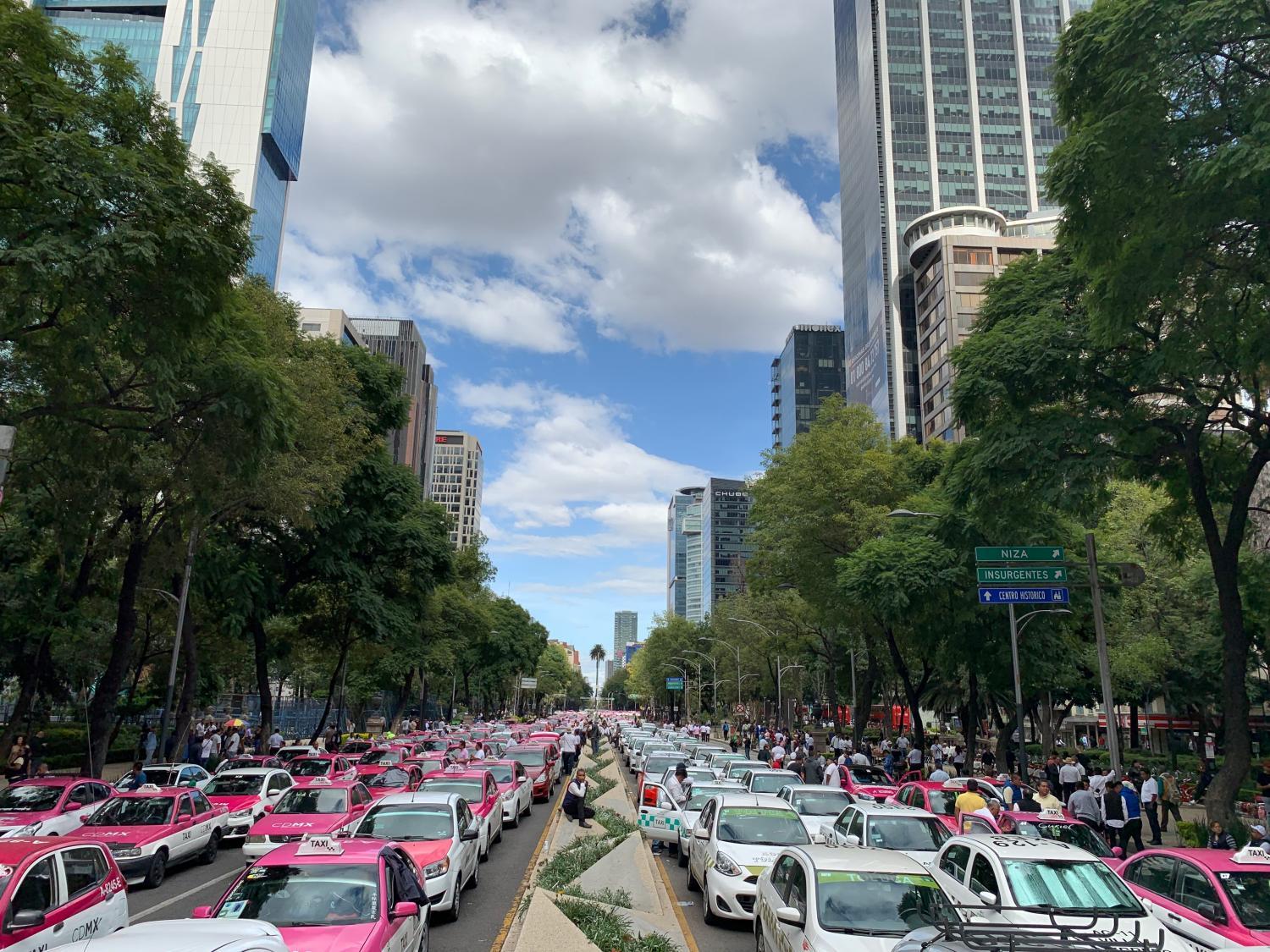 Jorge Valencia/KJZZ
Mexico City taxi drivers blocked Reforma Avenue, other major streets and access to the capital's international airport on Monday to protest against Uber and other digital transportation services.

Mexican authorities agreed to review the country's legal framework for ride-hailing services such as Uber, after taxi drivers in multiple cities on Monday blocked major avenues and access to the capital's international airport.

Mexico's Interior Ministry will determine whether those services, which include Didi of China and Cabify of Spain, are operating legally, Undersecretary Ricardo Peralta said in a news conference on Monday, according to newspaper El Universal. Officials and taxi driver union leaders will meet again next Monday.

Authorities will seek to ensure all companies "operate under similar legislation and that all activity related to transportation be done under fair competition," Peralta said, as quoted by El Universal.

Peralta gave his remarks after thousands of cab drivers blocked major streets in Mexico City, Monterrey and Cancun for more than 10 hours. In interviews, drivers said they wanted foreign ride hailing services expelled from the country because they have massively disrupted their business as they operate under less stringent operating permitting requirements.