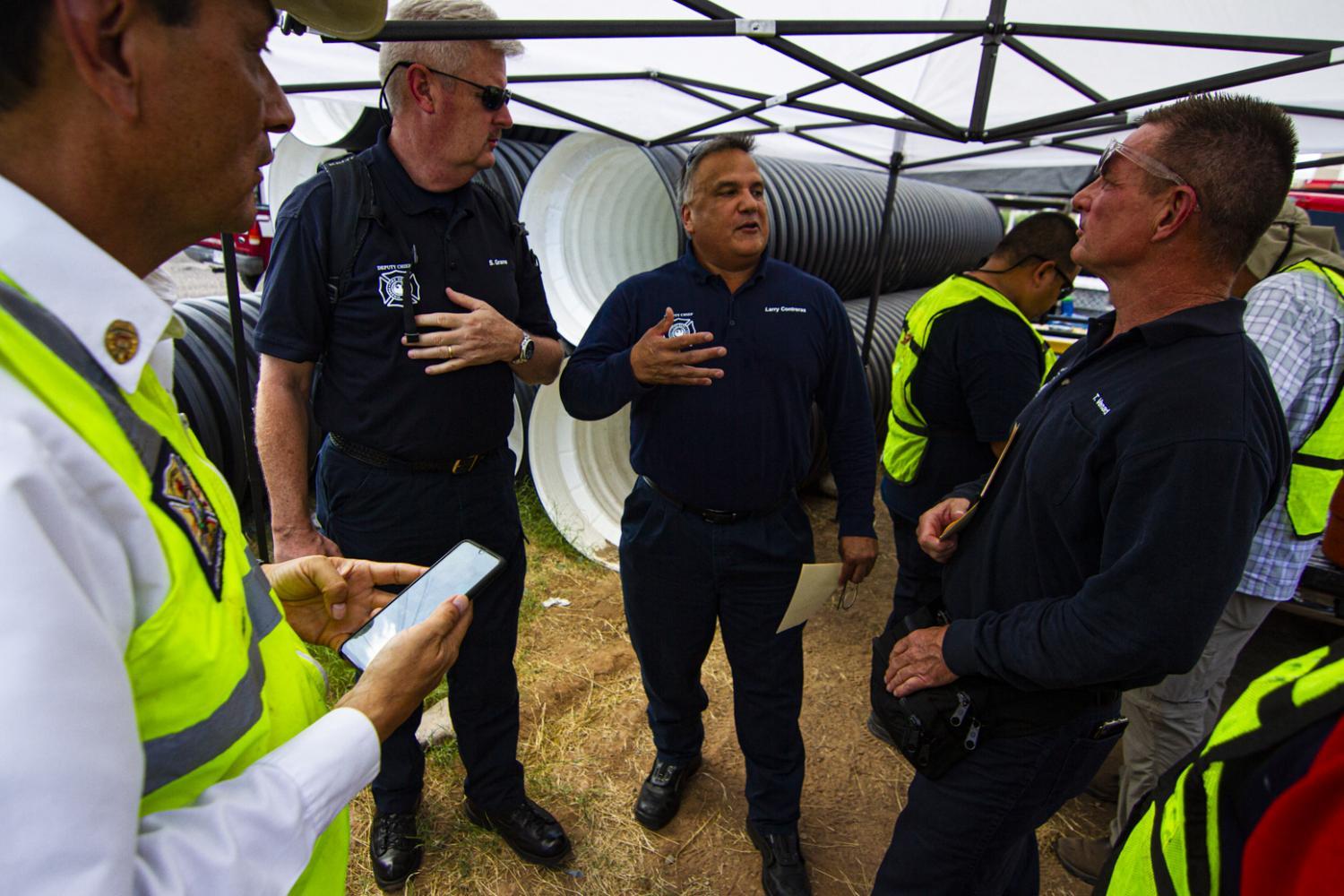 Hermosillo is getting a hand from Phoenix fire as it tries to find a man who fell into a massive sinkhole.

On Friday, Phoenix Fire Deputy Chief Larry Contreras was chatting with Hermosillo Fire Chief Juan Francisco Matty to get a sense of the situation. Contreras came down with two fellow Phoenix firefighters to aid in the now four-day-old search for 62-year-old Julio Manuel Rodriguez. He was likely swept away into the sewer system.

“The Phoenix group is the second to join the effort,” Matty said.

A team from Mexico City is also on hand, and others are expected. Numerous volunteers have assisted, and he’s grateful for all the help.

Contreras and his colleagues are helping evaluate gear and the search strategy, according to Councilman Michael Nowakowski, the liaison for Phoenix’s sister city program in Hermosillo.