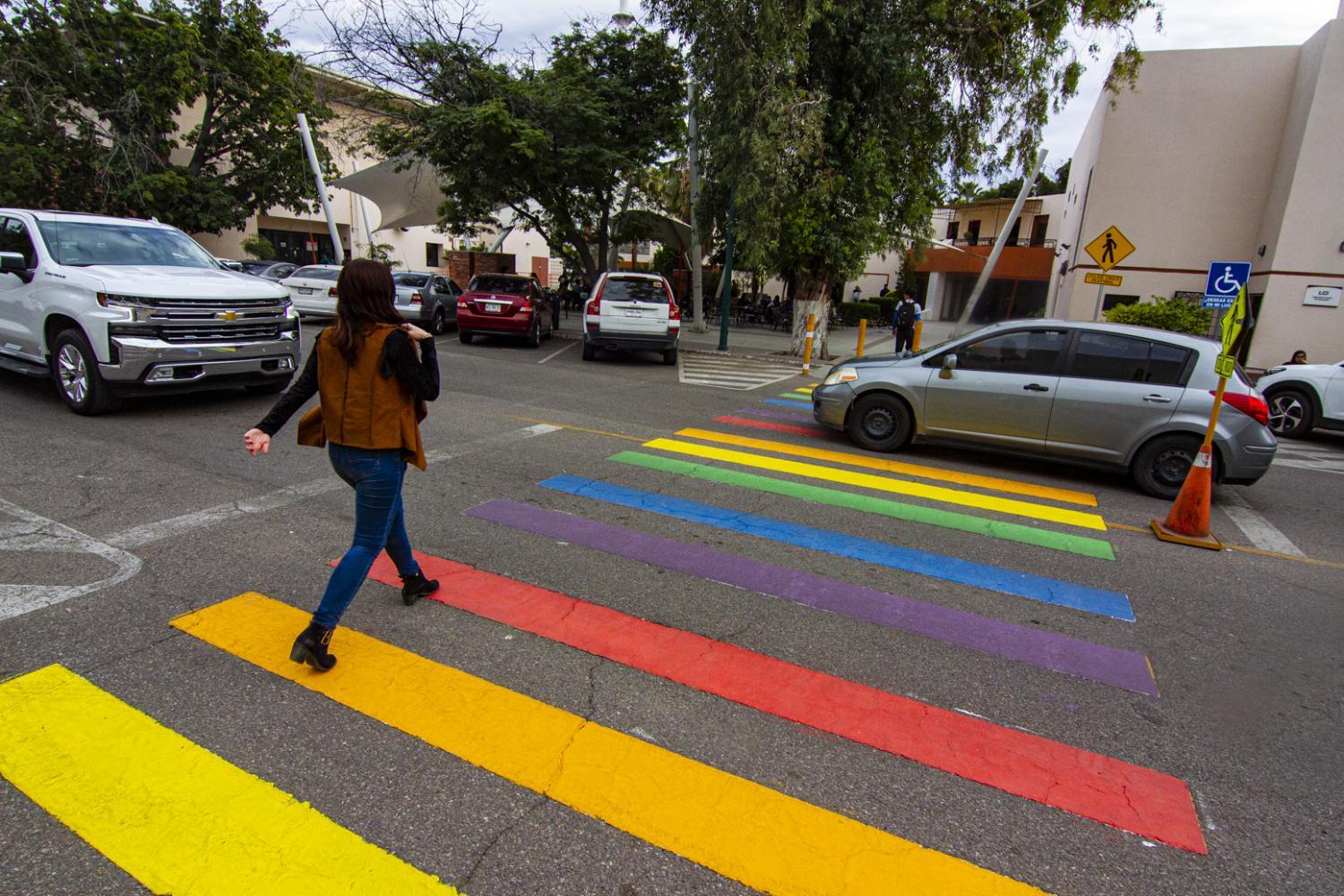 Murphy Woodhouse/KJZZ
A student walks across the new rainbow crosswalk.

Sonora’s largest university has a new rainbow crosswalk on campus, a show of solidarity with LGBT students.

Allies and members of the University of Sonora’s LGBT community gathered thousands of signatures and recently presented a petition to university leadership asking to be able to paint that crosswalk. With a greenlight, they painted vibrant strips of color at a prominent campus crossing over the weekend, the first of its kind at a university in the region, they say.

Sonora and much of Mexico’s north has a conservative reputation. But despite some negative comments on social media, Jimenez said the crosswalk has been received well on campus and in the community.