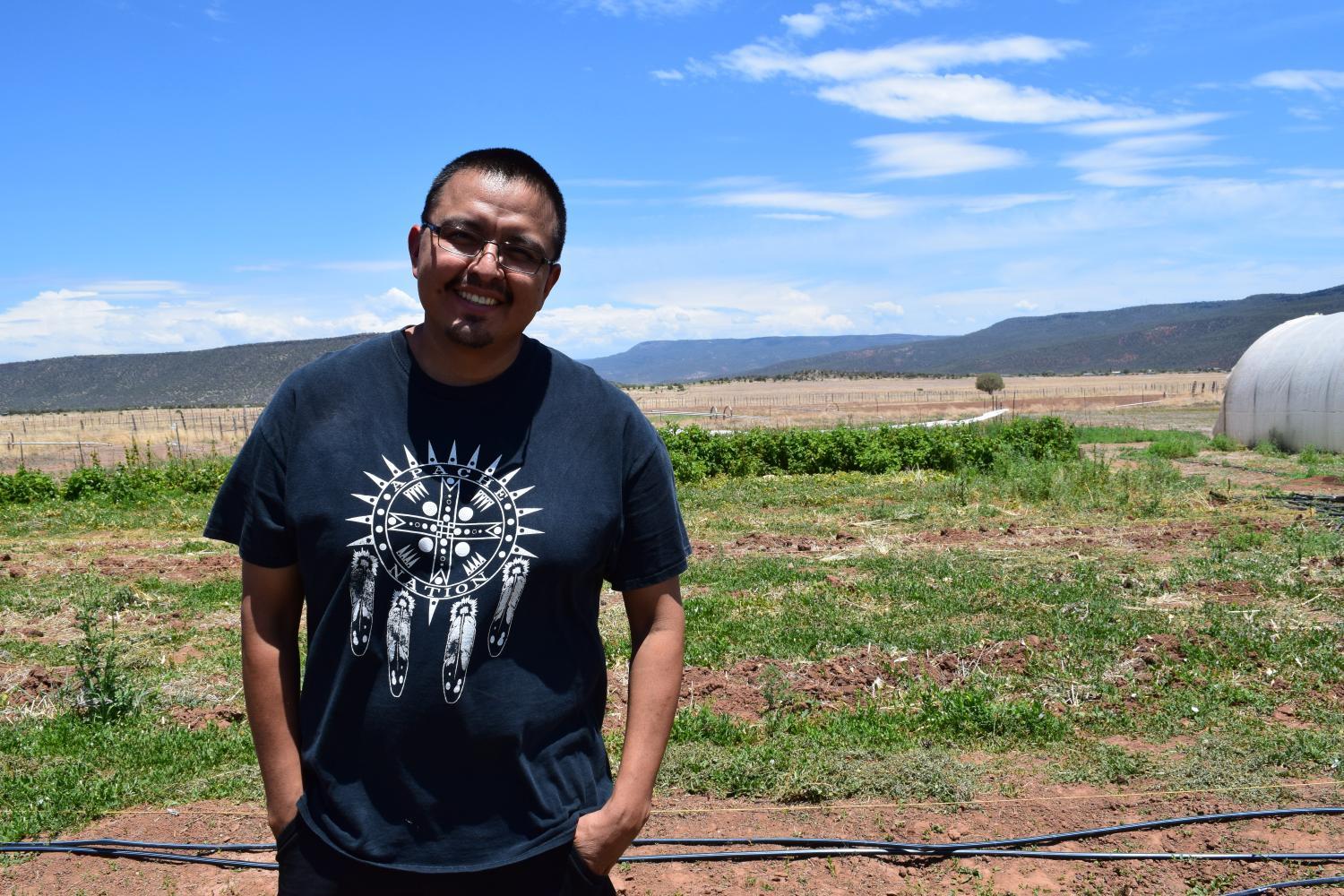 Lauren Gilger/KJZZ
Nephi Craig is an Apache chef whose goal is to use food as medicine for his people.

A decade ago, it looked like Chef Nephi Craig was on the verge of something big.

He had left a burgeoning international career in the restaurant industry to come back home to Whiteriver, Arizona, a small town on the Fort Apache Indian Reservation in eastern Arizona, where his people — the White Mountain Apaches — are from.

And where poverty is apparent. Forty-four percent of people live below the poverty line.

“Had no idea my culinary path would circle back home," Craig said. 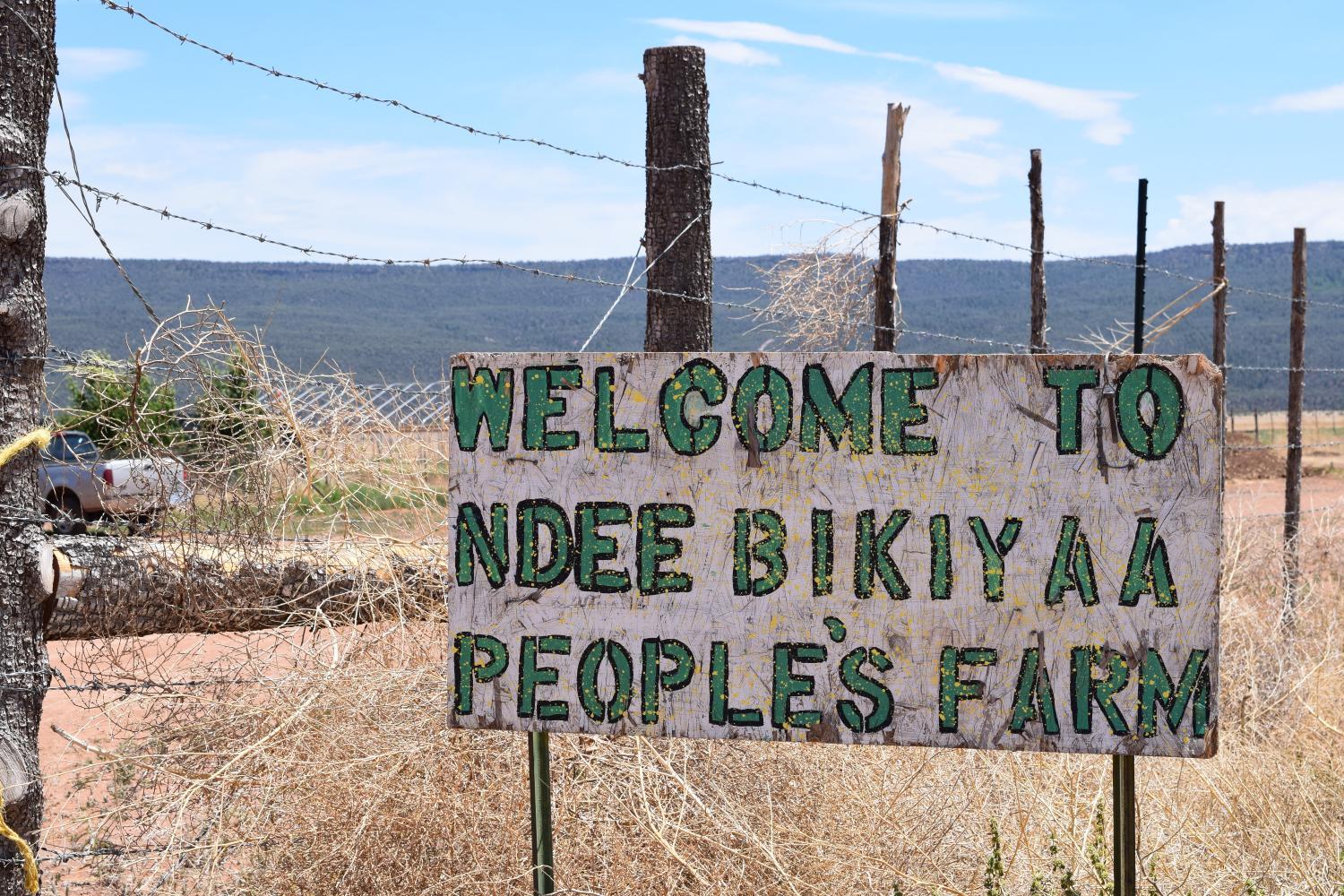 Lauren Gilger/KJZZ
Ndee Bikiyaa will provide much of the food for chef Nephi Craig’s next project: Café Gozhóó.

When Craig came back, though, his culinary experience only deepened. He became the executive chef at the tribe-owned Sunrise Park Resort. There, he oversaw three different restaurants, as well as a chef’s table inside their kitchen, where six-to-eight people could sit down for a tasting menu of fine-dining, Native American food.

“We developed quite a few dishes that were colorful forms of edible education, you know?” he said.

One of his favorites?

It was a poached pear inside a spun sugar wikiup — or sweat lodge — with pinon-infused shortbread and whipped cream.

“And all these other components of fresh, raw, roasted, pureed and crisp accompaniments of the same ingredients," he said.

It was a beautiful dish — one of many that gained him national attention. It seemed like he could have become the face of Native American fine dining. Until he walked away from it.

Working on the reservation with a staff of all-Native chefs, he saw them grow and learn, but he also saw some of the systemic problems that would trickle into work with his employees.

“And some of the loss and grief that we carry as Native peoples, those were much more visible than ever before," Craig said.

He saw his chefs leave because of loss,  because of addiction, because of trauma. So he changed course.

“It evolved into something more focused on health, tangible and growing it in the minds of people, instead of a chef’s ego," he said.

Now Craig is focusing on creating a different kind of food culture for his people — a healthy one.

Farm tech Grant Gatewood walks between rows upon rows of crops on the People’s Farm, which will provide much of the food for Chef Craig’s next project: Café Gozhóó. 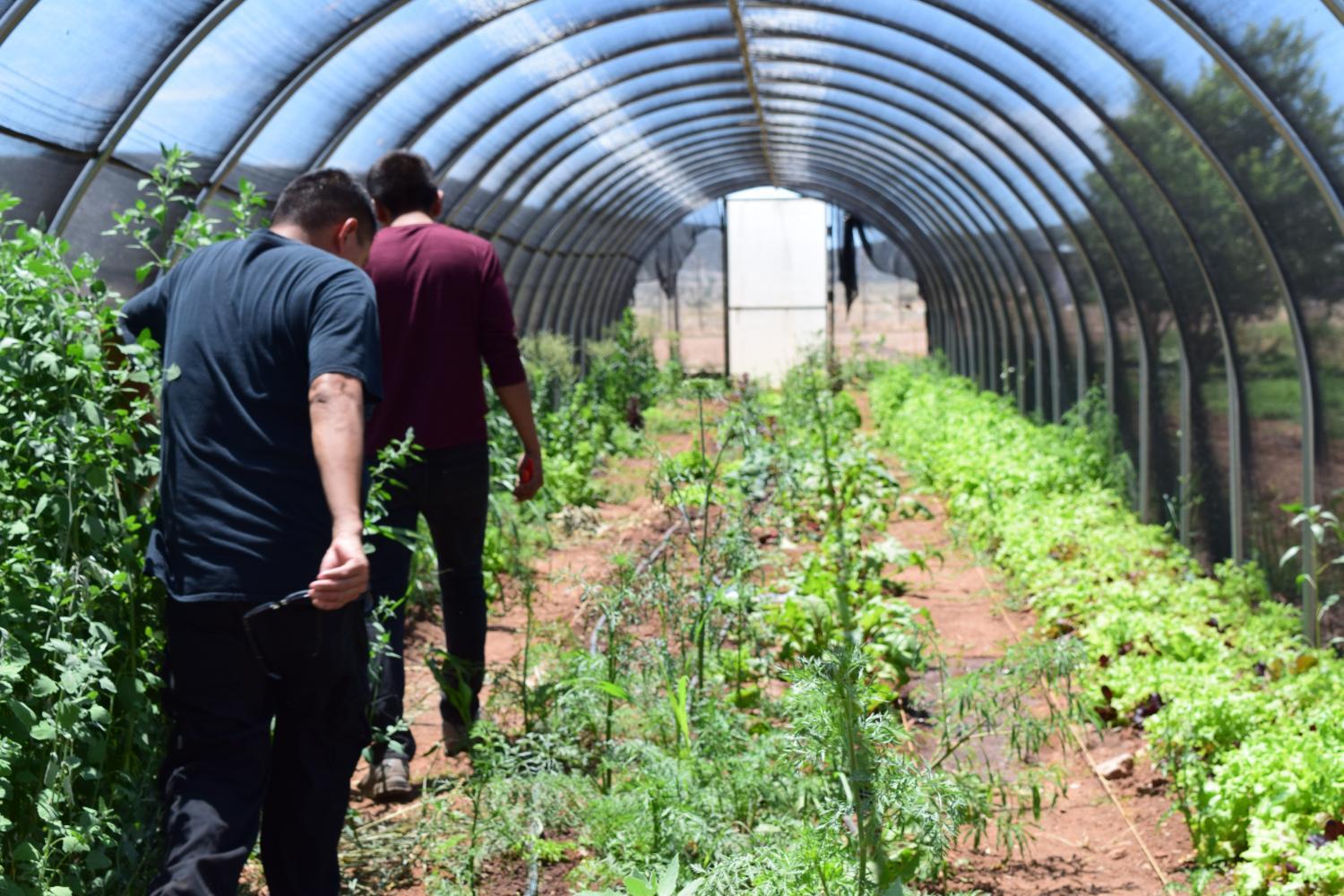 It will be a fast-casual restaurant and market with a focus on education and a space for the People’s Farm to sell their produce and wild harvested food. The farm is being bolstered by a grant from the Vitalyst Health Foundation with the goal of creating a pipeline of healthy, Native foods to tribal members.

“So it's Ndee Bikiyaa. The people's farm. So Ndee is ‘the people’ and Bikiyaa is their farm," Harvey explains. “You want your tomato to be focusing on growing tomatoes. You don't want it to be putting all this energy in trying to grow shoots. And so by pruning back all the shoots you're putting all their energy back into making tomatoes.”

Here in Whiteriver, where the leading causes of death are alcoholic liver disease and diabetes, it’s an important step toward health and recovery. Harvey said they’re also working with the Rainbow Treatment Center, a local addiction recovery organization, to use farming as a way to cope. The cafe is part of the Nutritional Recovery Program in the Rainbow Treatment Center.

“We we strongly feel that food is healing and that food is medicine. You know there's antidepressants in the dirt, you know don't be afraid to get your hands dirty to engage and to reconnect yourself with the land, with Mother Earth," Harvey said. 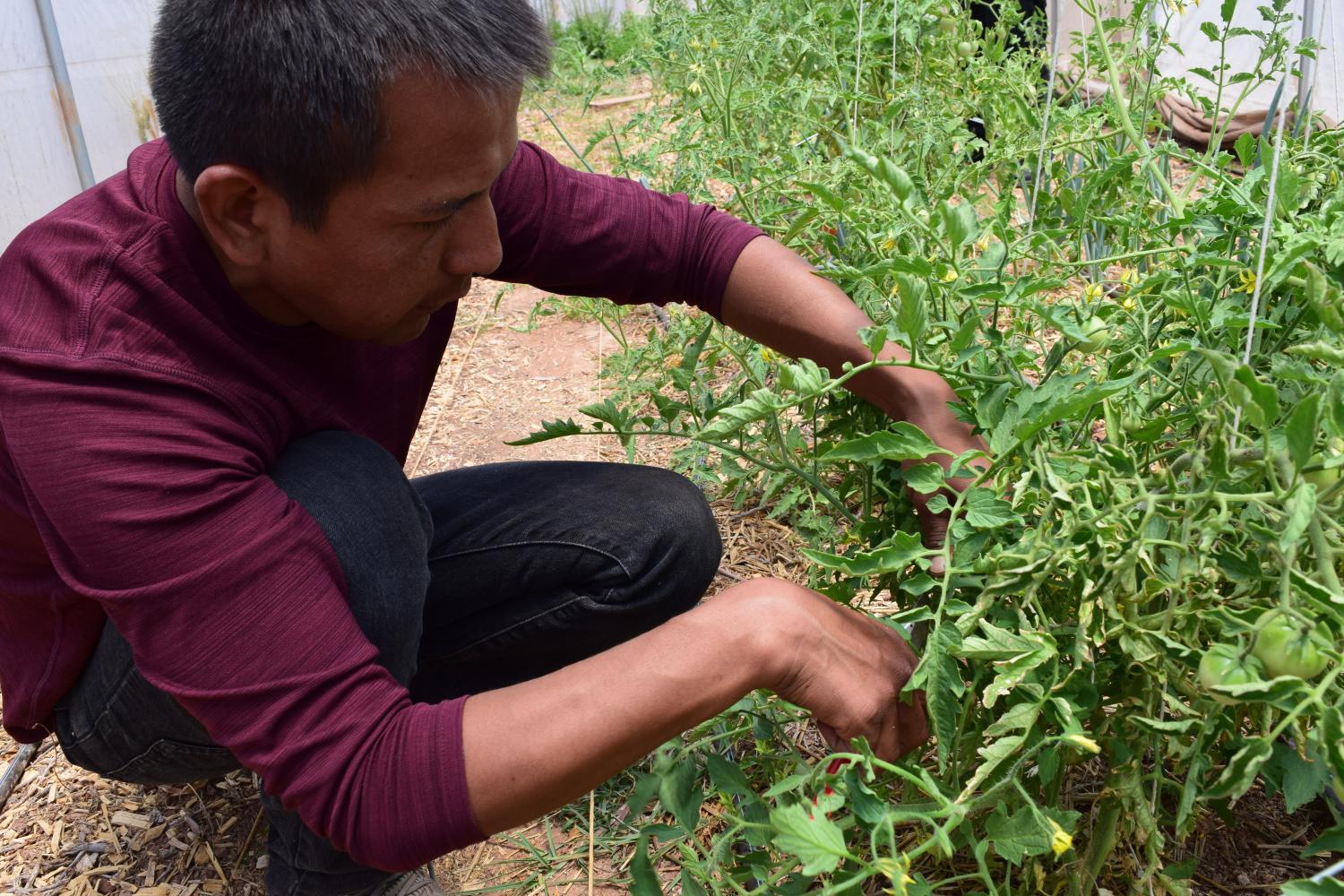 For chef Craig, it’s been a journey inward.

“Café Gozhóó is for the community first, we’re not setting it up to attract visitors from the outside world, although people are welcome," he said.

Instead, he says, he’s learned he needs to turn back to his people.

“As a Native chef when I was younger, I thought developing a Native cuisine meant educating the world. But I don’t believe that anymore. I believe that dominant society has already demonstrated that they could care less about indigenous peoples or people of color. Dominant society wants the poetry, the beauty, the sophistication of our culture, but not us," Craig said.

“Now it’s about educating us. There are so many things that need our attention right here at home, what are we doing trying to educate the world? You know, it’s the world’s privilege to be able to be allowed to come in," he said.

EDITOR'S NOTE: The story has been updated to reflect what the Vitalyst Health Foundation's grant is supporting.