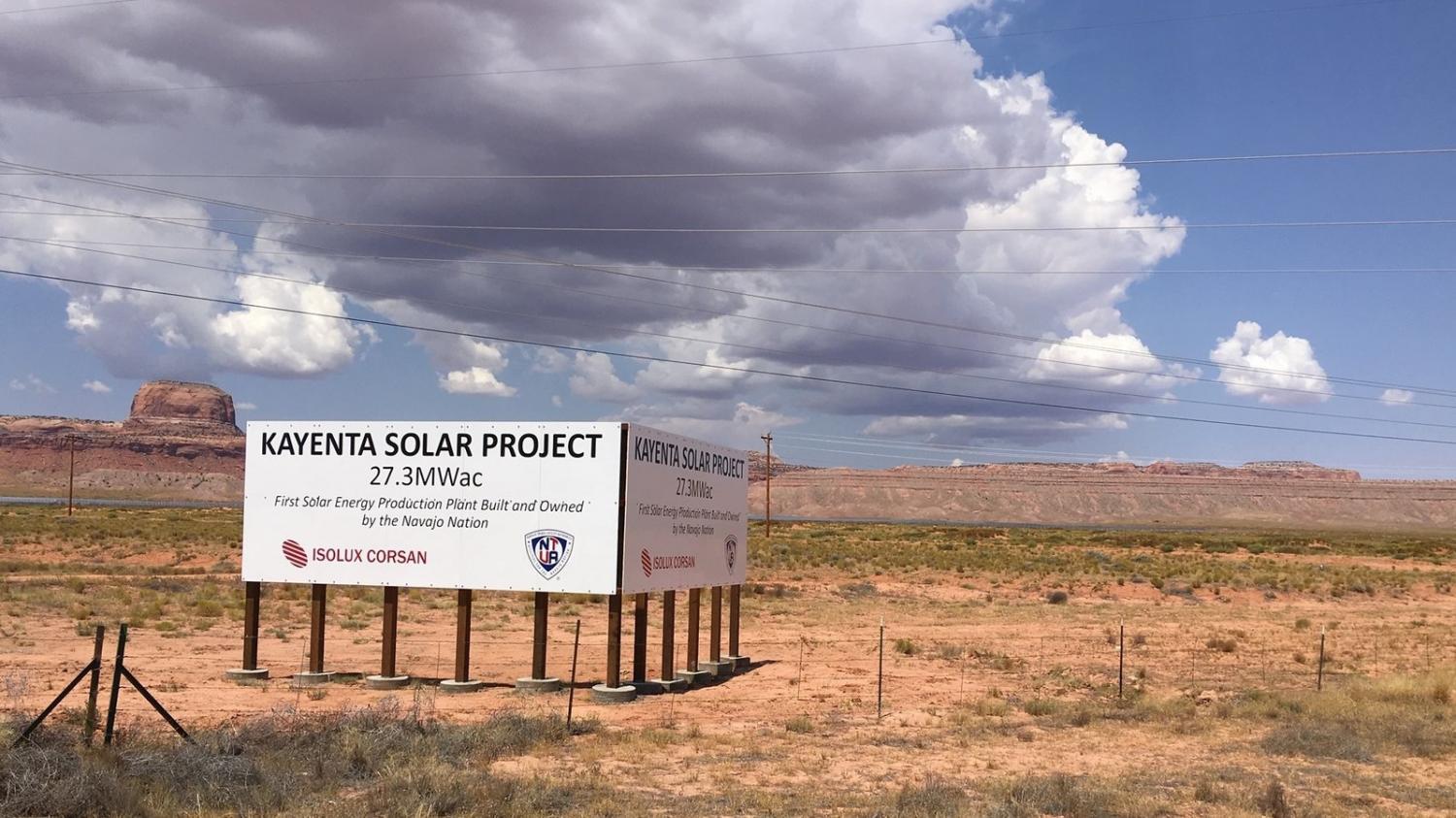 Laurel Morales/KJZZ
After decades of dependency on coal for jobs, the Navajo Nation is turning to renewables.

Navajo President Jonathan Nez will attend a Los Angeles City Council meeting Wednesday to discuss a proposed partnership. The tribe wants to provide the city with 500 megawatts of clean energy.

The Los Angeles Department of Water and Power was a part owner of the Navajo Generating Station. The operators closed the coal-fired power plant at the end of last year in favor of natural gas and renewable energy.

The LA deal is the latest attempt to make up for the lack of coal revenue and develop renewable energy projects. The Navajo Nation also recently filed to intervene in a rate case with Arizona Public Service, a co-owner of NGS and the Four Corners Power Plant, which the utility plans to close in 2031.

The tribe also asked Tucson Electric Power for $62 million. The tribe came up with that figure by multiplying 100,000 by the number of megawatts the utility owned in three coal-fired plants.

The Arizona Corporation Commission told the utilities to be prepared to offer transition funds to affected communities.