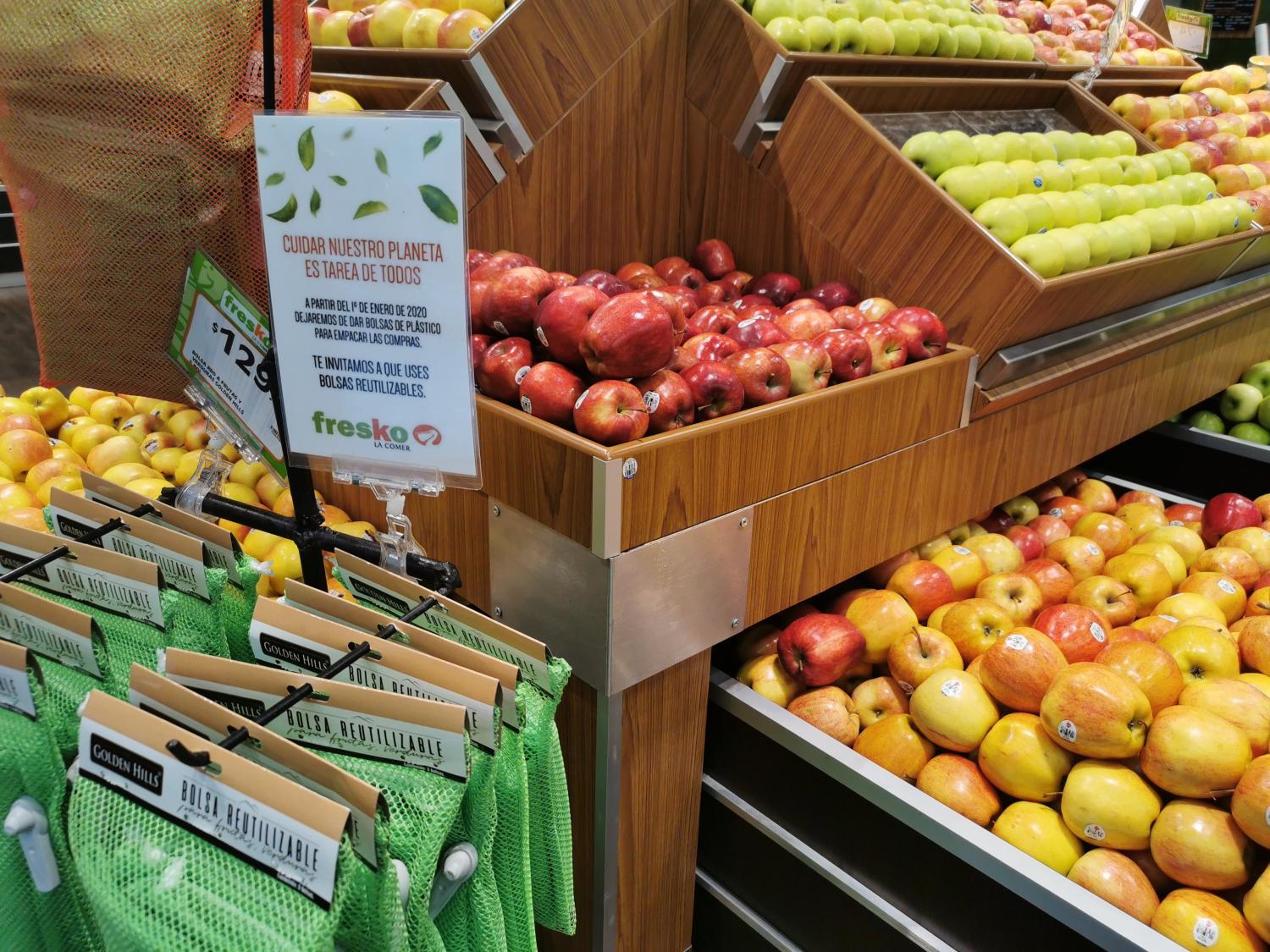 MEXICO CITY — In the global environmentalist battle, Mexico City started fighting single-use plastic bags this year. But the impact and results from the ban still are debated by citizens, business people and nature preservationists.

Starting this year, Mexico City implemented a change in their waste management law, and now single-use plastic bags are banned. How this environmentalist move is affecting one of the largest cities in the world — and what can we learn from it?

Jessica López works in a Mexico City convenience store, one out of thousands of stores that are not allowed to use one-time plastic bags for customer purchases since January. 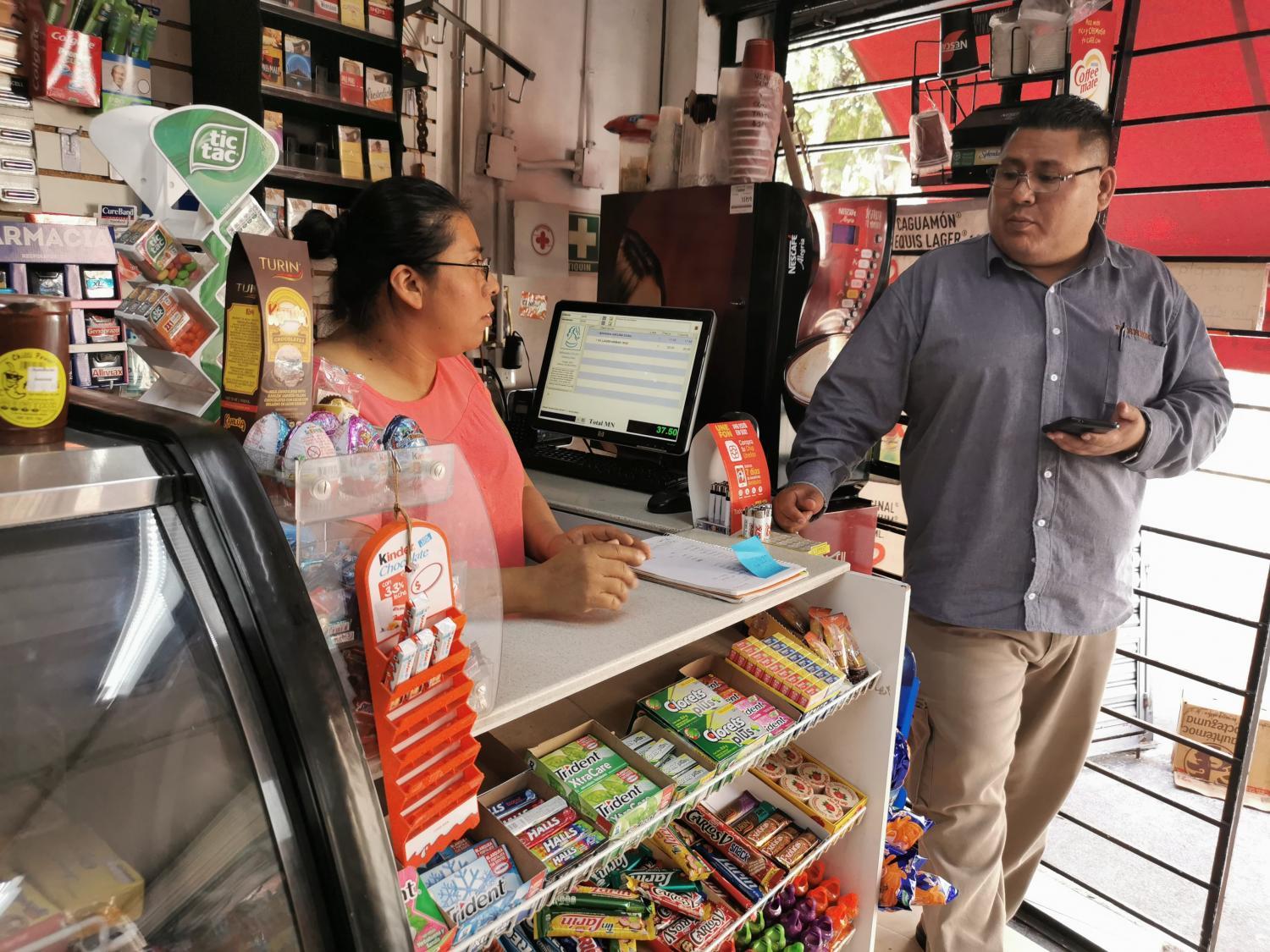 Starting this year, bans the use of carrier plastic bags in stores, except those used for fresh food to prevent health problems. Next year, the ban is expected to extend to other single-use products.

López says most customers have adapted to the measure but some still complain, like those who even wanted a bag for just a pack of cigarettes.

"Selling bags is not a good alternative for us: it’s not profitable and not good for the environment," López said.

And despite some customers buy less after forgetting to bring a bag, the majority carry reusable bags or even cones made out of newspaper.

"The ban might be helpful, but there’s many other polluting materials that should be banned or at least regulated to make a real difference," the storekeeper said.

José del Cueto is president of the plastic bag division of the Mexican Association of Plastics. And, in a way, he agrees with López. 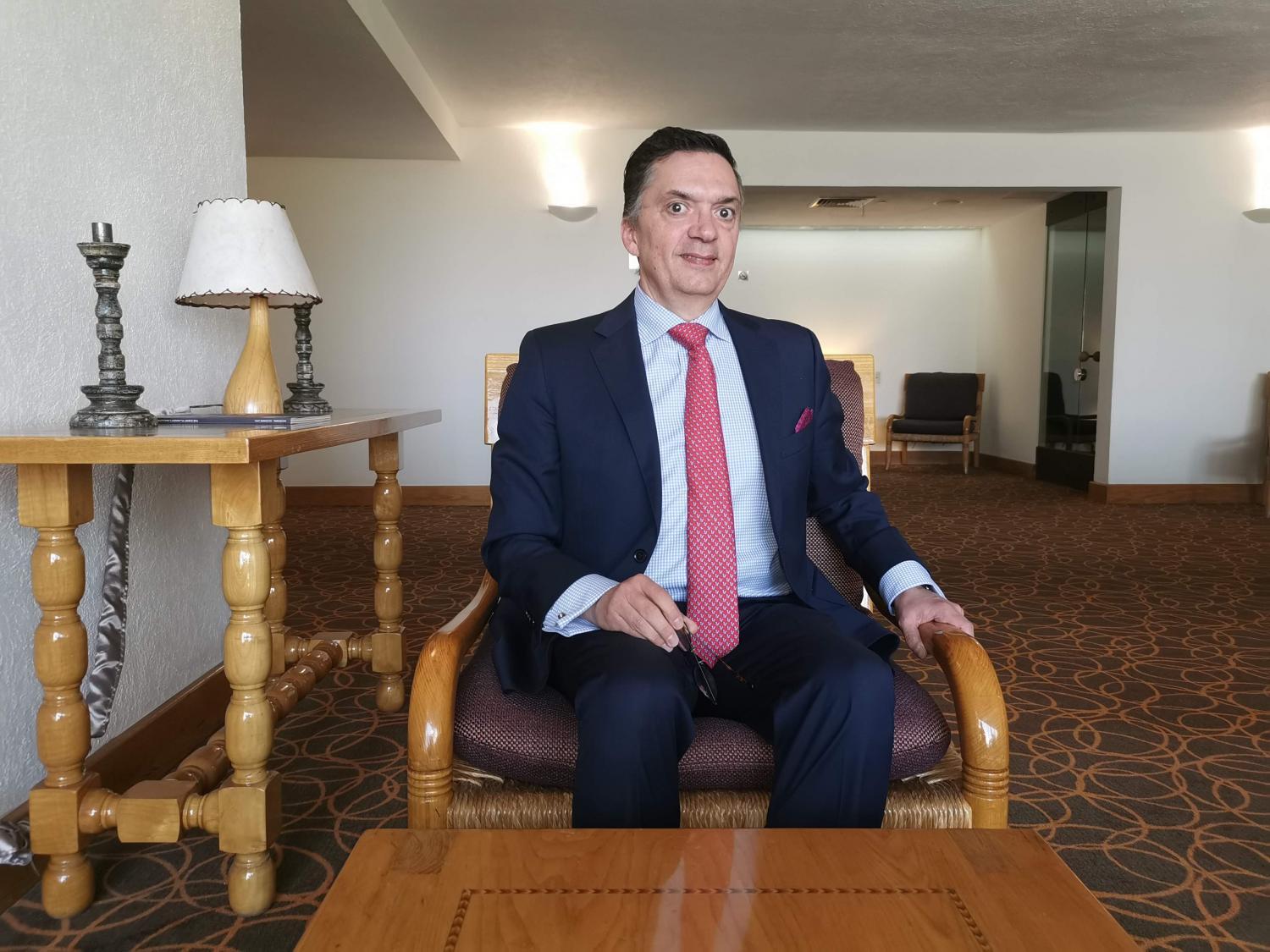 Rodrigo Cervantes/KJZZ
José del Cueto is president of the plastic bag division of the Mexican Association of Plastics.

“This prohibition to specific products is not going to help. So, we need to try to improve the way we handle trash,” Del Cueto said, explaining that the reform is insufficient without a modification to the waste management processes and regulations.

Del Cueto says the industry already lost $81 million in the first two months of the year.

The executive said 95% of plastic bags in Mexico are made locally. There are more than 4,300 plastic bag companies in Mexico, generating 300,000 jobs.

“Plastic bags need to be made with compostable materials. Not reusable, not recyclable. Basically compostable. And that means we need to import, so we need to bring from China or Asia or Europe,” Del Cueto said.

The businessman said the industry is committed to reducing pollution, but it needs the government's help and commitment. He says some substitute materials used for supermarket bags, like cotton or paper, may be worse than plastics.

More Than A Ban 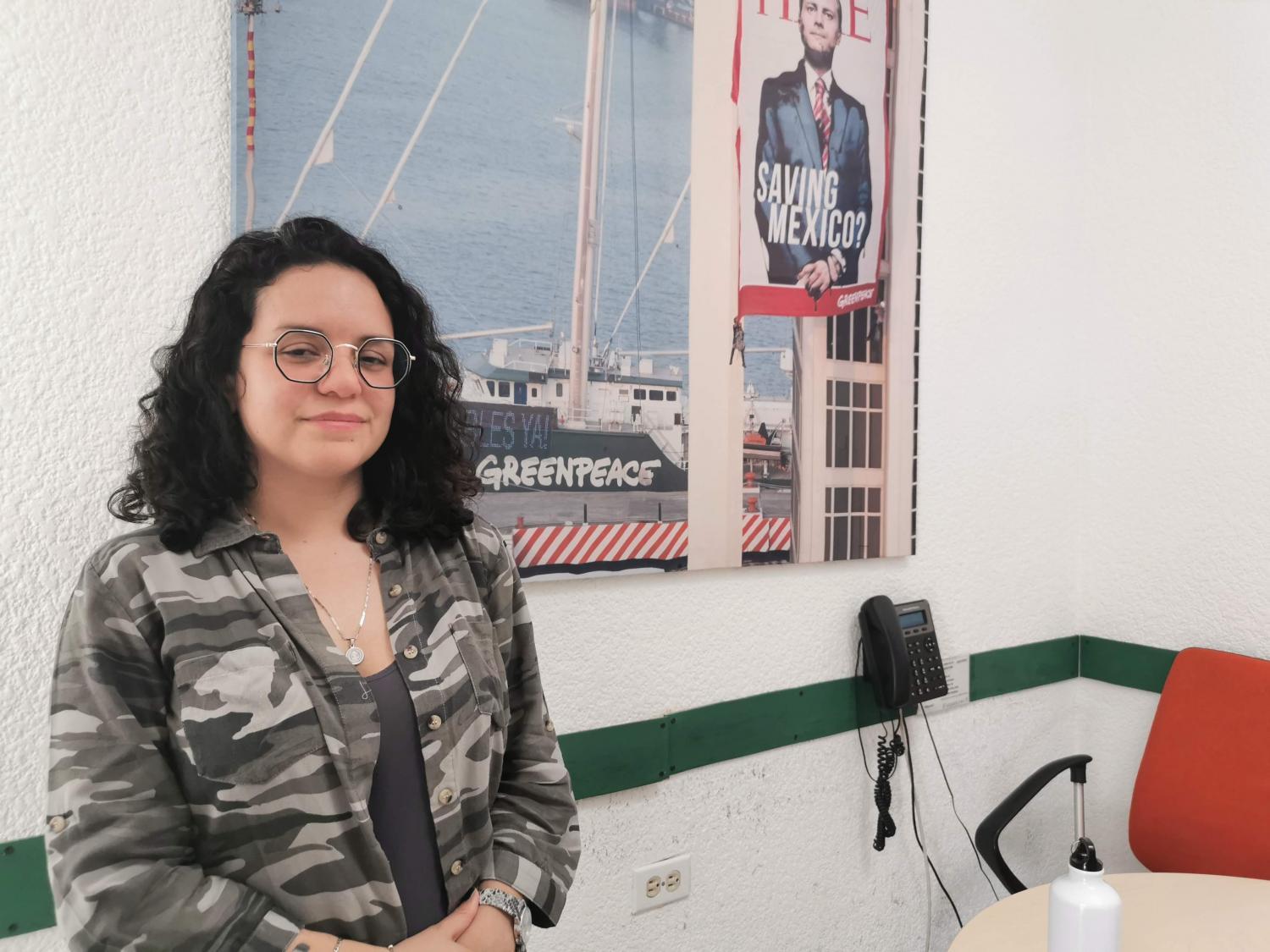 "I think the industry has created a false dilemma,” said Ornela Garelli, ocean's campaigner and one of the leaders in the campaigns to reduce plastic consumption for the environmentalist nonprofit Greenpeace Mexico.

And for her, it is possible to protect the economy and the environment simultaneously through innovation and changing the culture.

“The point here is to reuse the bag. It’s time to do something, and way to start is to supporting these kind of bans, Garelli said.”

Garelli said that although plastic bags represent less than 1% of the trash, their importance goes beyond.

“It’s not just the ban for itself, it is a change in our culture. We want the people to start seeing that our actions have an impact on the environment,” she explained.

Garelli says everything we produce has an environmental impact, from paper to plastic or cotton bags. And the point of these kinds of bans is not to eradicate plastics — some of which are beneficial — but to limit single-use materials as much as possible. 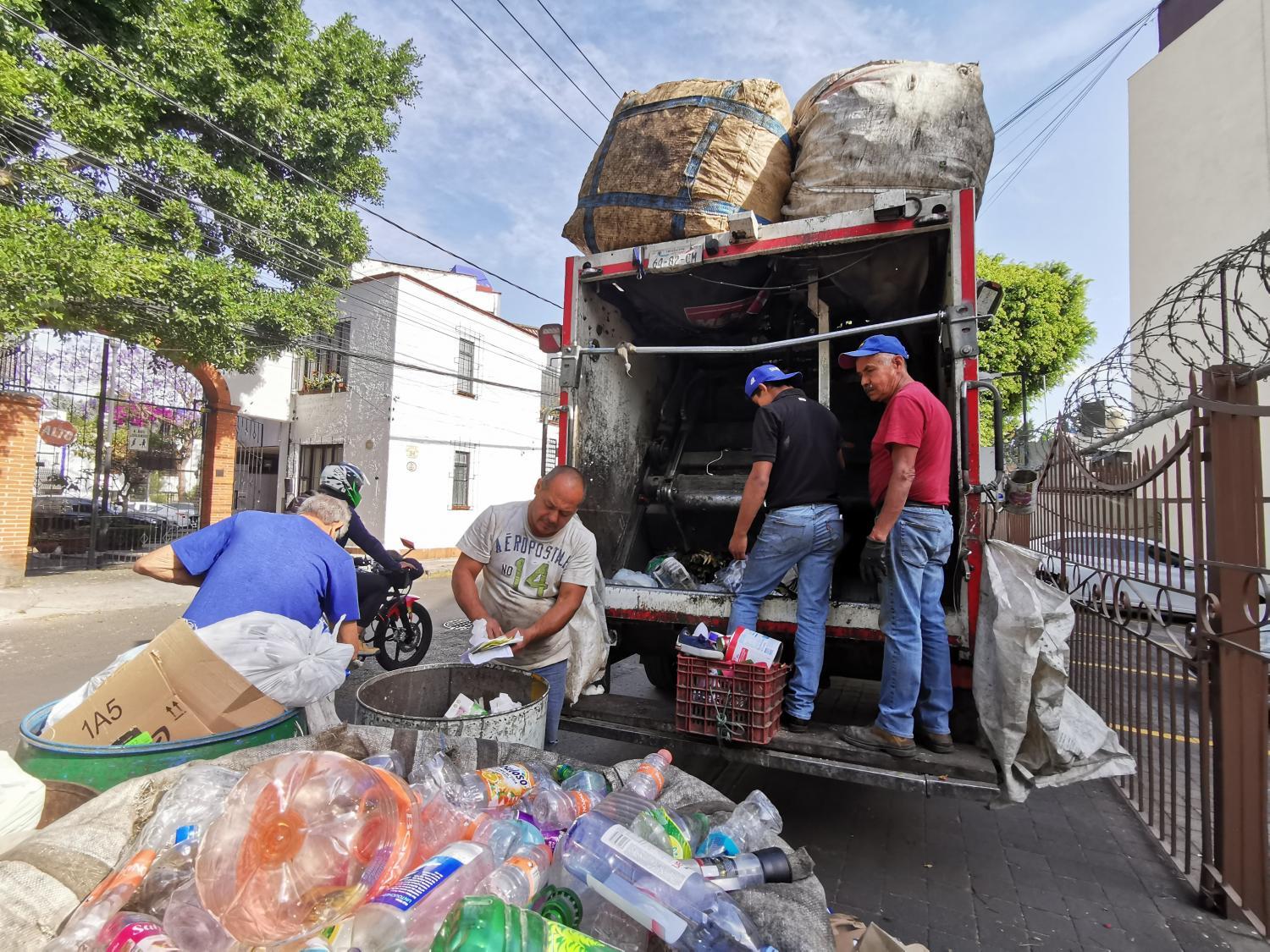 "We consider that recycling is good, but it's not the solution, because in the reality, we can see that we don't have enough technical capacity,” the environmentalist said.

Garelli says only 9% of the plastic produced globally gets recycled. This drops to 6% in Mexico and the U.S.

Dealing With The Bags

On a Mexico City street, Arnulfo Acevedo and his co-workers pick up the trash, transporting 16 tons of it everyday.

"Some people complain about the ban because the alternative now is finding other containers for trash," Acevedo said.

He’s been collecting garbage for 44 years and says changes in waste management can be hard for many, but it’s necessary for the environment.

"Everything is possible here in Mexico. But to make things happen, people need to cooperate," Acevedo said.