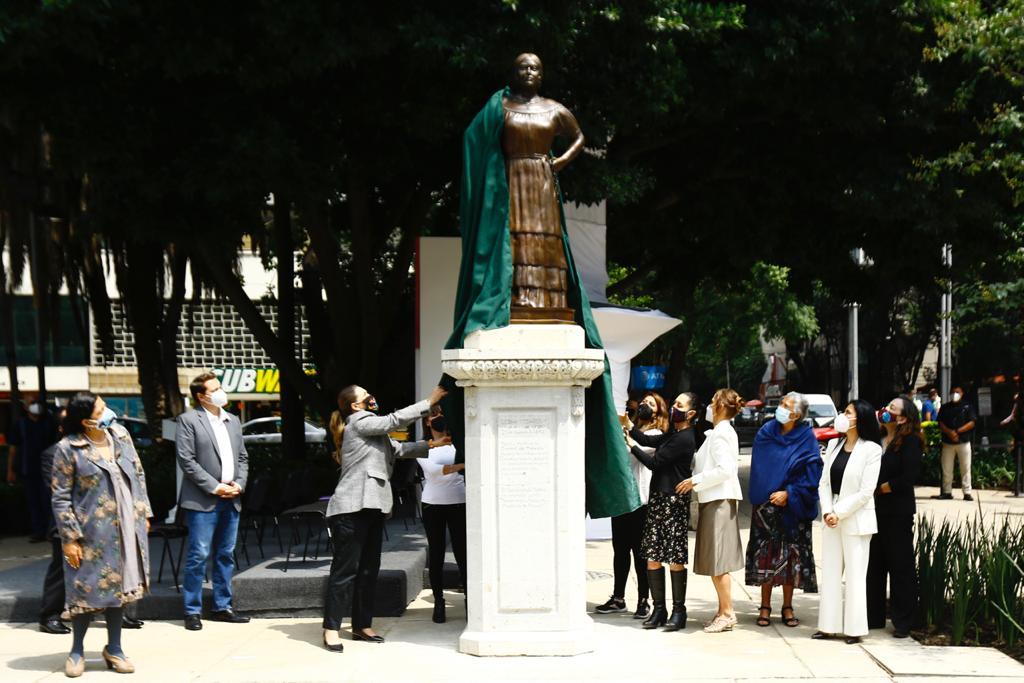 Government of Mexico City
The monument to Leona Vicario, one of the founding mothers of Mexico, is part of the "Heroine Promenade" in Mexico City.

MEXICO CITY — Many statues in the United States have been removed recently as protests against racism and oppression sweep the nation. But in Mexico City, more monuments are being inaugurated to honor diversity — particularly the contributions made by women.

Paseo de la Reforma, or the Reform Promenade, is one of the oldest and most important avenues in Mexico City.

Its sidewalks and medians were mainly adorned with statues of male heroes. But now, the avenue will include 14 bronze monuments to prominent women.

Mexico’s Secretary Of State Olga Sánchez Cordero participated at the inauguration of the “Heroine Promenade.” She said the monuments will connect leading women from Mexico’s past with those who still fight for justice in the present.

The Heroine Promenade will include a monument dedicated to the unknown forgers of the nation.