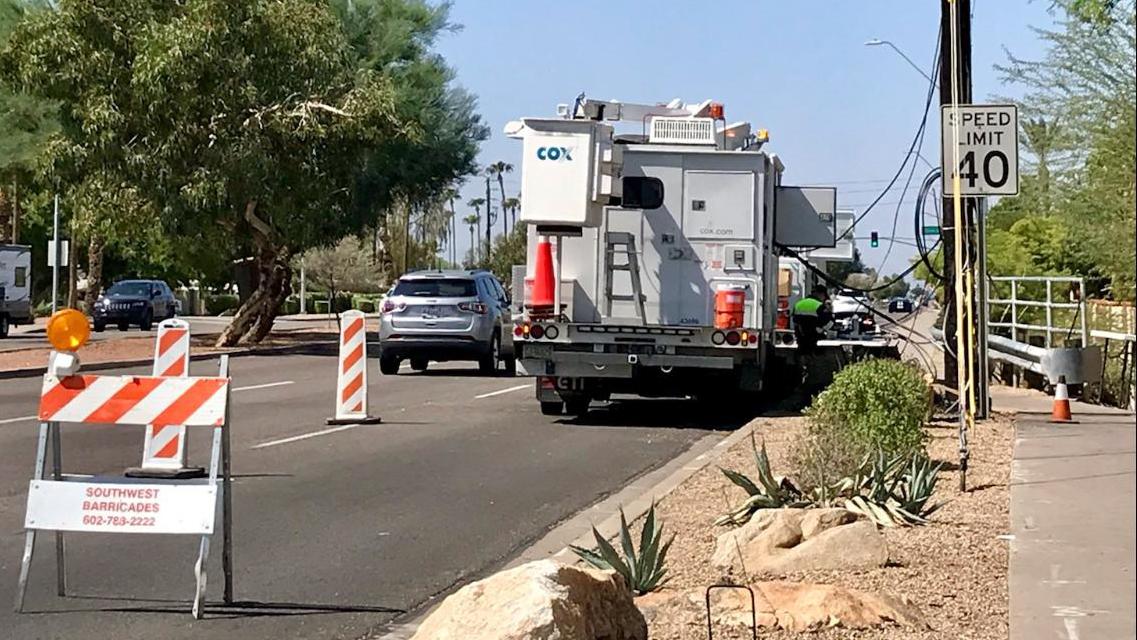 Amber Stradling
A Cox crew works on a power pole near Third Street and Bell Road in north Phoenix on Sept. 24, 2020.

Some Cox internet customers are experiencing outages Thursday. Several neighborhoods in north Phoenix have been without a connection since late Wednesday.

The outage was caused by an APS power pole that caught fire near Third Street and Bell Road.

In an email, Andrea Pappas, a spokeswoman for Cox, said the APS pole houses Cox fiber connections, which feed customer services. Several thousand of them were burned.

She said the fire is believed to be a result of arson. A team has been working through the night to repair those connections.

"Our employees have been on site and are working as quickly as possible to restore these damaged services," Pappas said. "We thank our customers for their patience."

Impacted customers can expect their internet to come back throughout the day.

Cox Communications
Some Cox internet customers are experiencing outages due to an APS power pole that caught fire near Third Street and Bell Road.
Business Utilities