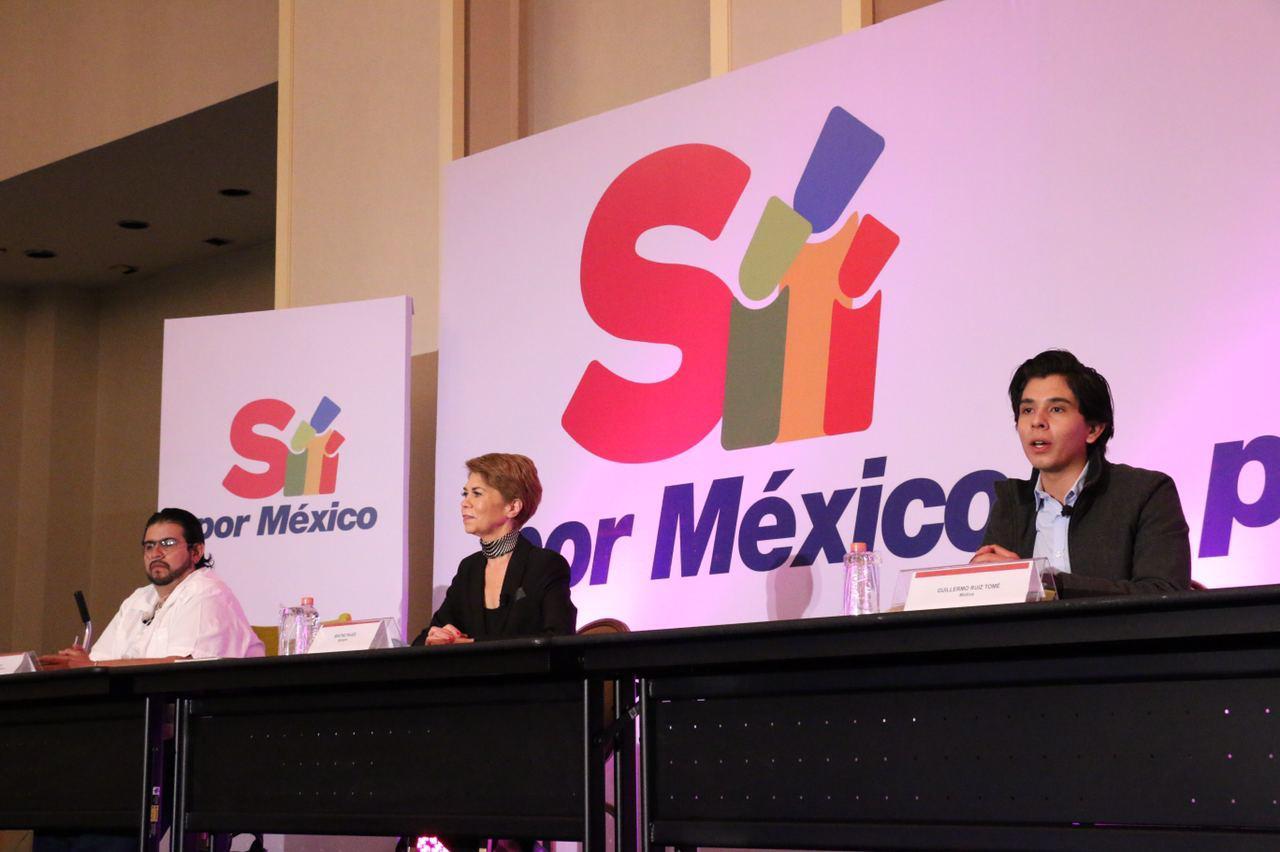 Sí Por México
The presentation of the collective Sí Por México talks to the press in Mexico City. Beatriz Pagés (center) is their spokeswoman.

MEXICO CITY — Throughout this year, Mexican President Andrés Manuel López Obrador has faced protests from several organizations, including feminist and anti-violence groups. And now, a new coalition is challenging the president and the political parties to improve the country’s conditions.

The coalition is called Sí Por México, and includes about 400 organizations, including civil rights nonprofits, business lobbies and chambers, as well as scientists,  researchers and politicians.

"Our main goal is to bring the citizen back to the center of the political agenda," said Beatriz Pagés, spokeswoman for Sí Por México.

She said reputable citizens should become electoral candidates, and no party should concentrate power.

Pagés said the group also wants to push an agenda to stop problems brought by the current administration, such as a falling economy, social polarization and a poor strategy to face the pandemic.