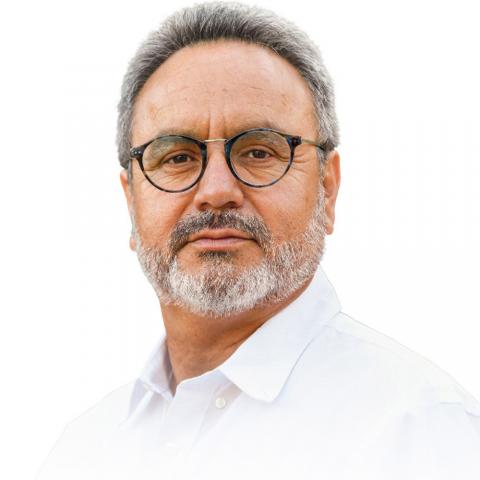 IEE Sonora
Abel Murrieta, a mayoral candidate in Cajeme, Sonora was assassinated in Ciudad Obregon during a campaign rally on Thursday, May 13, 2021.

Abel Murrieta was passing out flyers at a campaign rally in Ciudad Obregon when he was assassinated in the middle of the street by armed men who shot him multiple times in the head and chest.

Murrieta was running for mayor with the Citizens Movement Party (MC) in the municipality of Cajeme which has been wracked with violence in recent years — an issue he had promised to address if elected to office.

A former state attorney general and congressman, Murrieta was also a lawyer for the LeBaron family, who have been seeking justice for nine family members — all women and children — massacred in Sonora in November 2019.

"Right now I’m cut in half. I don’t even know how to continue with this investigation," said Adrian LeBaron, whose daughter and four grandchildren were killed in the 2019 attack. "I lost a great teacher, a great soul, and I’m devastated for that."

LeBaron said he holds government leaders responsible for the situation of violence and impunity that led to to Murrieta’s murder, calling the lawyer his family's defender.

State and local officials, as well as Mexico’s president, have publicly promised to find and punish those responsible.

Political violence has been ramping up in Sonora ahead of the country's largest ever elections on June 6. Dozens of candidates have been killed across Mexico since the election season kicked off last September. Murrieta's is the first such murder in Sonora.