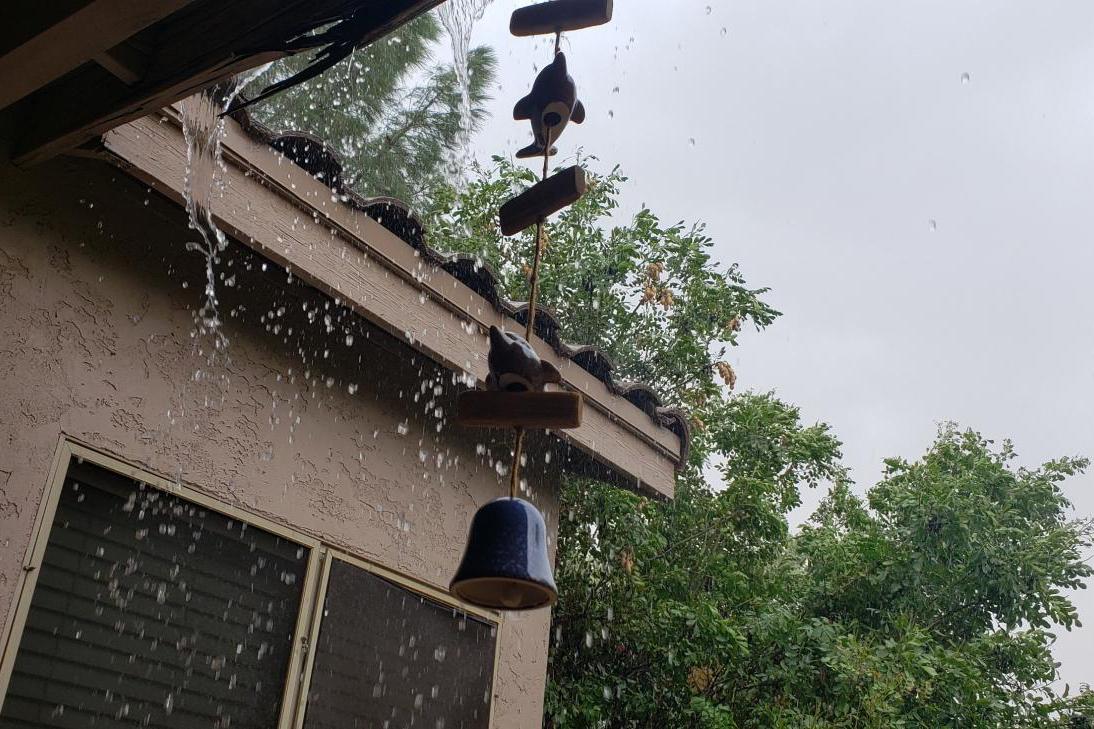 This week, the entire state is under a flood watch as tropical thunderstorms and heavy rainfall made land — more life-giving water added to the near record levels we’ve already seen this year.

So far this summer we’ve seen double the amount of rainfall we normally see in Phoenix. July was the wettest month on record in Tucson, And the whole state’s on track to break the record for the all-time wettest monsoon season ever.

And it’s not all for nothing.

“It’s always nice to see monsoon season come around, because it makes such a huge difference in our watershed, where so much of our water comes from,” Cynthia Campbell said.

Campbell is a water resources management advisor with the city of Phoenix, and she’s probably the most optimistic person The Show spoke with in reporting this year’s Monsoon Stories series, which is all about how climate change is changing this all-important season.

Describe what the watershed is. Where does our water come from in the city of Phoenix?

So, 60% of the water from the city of Phoenix comes from the Salt and Verde River watersheds, which is, generally speaking, in the White Mountains or up in the Mogollon Rim. The water comes down it trickles down from source water, through the rivers, comes down and is impounded in reservoirs on the ... Salt River Project system. There's a series of dams and reservoirs on both rivers, and that is where 60% of the city of Phoenix is water supply comes from. It's the reason Phoenix exists.

Campbell talked about the creation of the city's canal system. In the early 1800s, when settlers in the desert ran out of water, they formed a water association to dam up the water and capture spring runoff.

It was the foresight of some very enterprising and daring ... farmers who decided that it was worth pledging their lands toward building up more sustainable — although, that word probably wasn't used in 1904 — but a sustainable future in the Valley of the Sun. And [they were] able to turn it into a place where people would want to come and live.

What are some of the ways monsoons help Arizona?

Having these kind of seasonal rains help keep our forests a little wetter, and they're not as likely to have these huge fires. But the other of benefits is … it gets the ground ready for the runoff season, which comes in the early part of the year in January and February when the snow melts and it runs off. Because the ground is getting moist at this point in time in the year, and it can absorb the water, then when we get to runoff season, we actually get real runoff. And it sounds kind of simplistic, but one of the impact that we've seen the climate change — especially in the Colorado River Basin — is that we used to be able to say, “If we get X amount of snow, that will always translate into X volume of runoff …” or whatever. Not anymore.

Do you think Phoenix can continue to grow? Do you think that we will be able to sustain this kind of scale in this environment of the future?

I do. I think …  we are certainly sustainable. And one of the reasons I think we're sustainable is that when you live in Phoenix, when you build in Phoenix, the people who have come before us and that have built up the systems that we have. By definition, it was never easy. It was always a challenge. Right? Those early farmers we talked about who pledged their land to build those reservoirs and SRP, they came to a place that was virtually empty. And they saw a remnants of peoples who have been here maybe thousands of years before  nd didn't know why they left and didn't know why their canals were abandoned. But they adapted, and they they took the on types of climate situations that they never had experienced in the places that they came from. And so it so I kind of look at that as a legacy, a historical legacy, that people who live in Phoenix today still drawn. And so I would argue that the Phoenix is not only built for drought, we have to be sustainable. Because you can't live in out in a climate that has been as challenging as the one we have lived in — that has existed in this place for thousands of years and continues to evolve and challenge us a new ways — without being creative and sustainable and thinking of new ways to deal with bold problems.

This story was produced by KJZZ's Kaely Monahan.