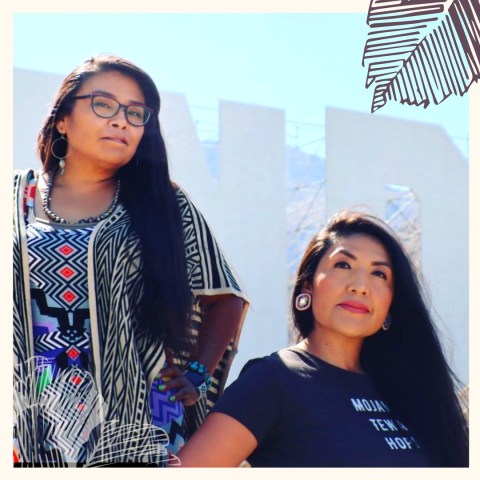 The second Monday of October is often known as Columbus Day, but now, in the city of Phoenix as well as a growing number of cities around the country, it’s Indigenous Peoples Day —  a new holiday celebrating the history and cultures of Native American people nationwide.

And that’s the day Eunique Yazzie and Melody Lewis chose as the grand opening of Cahokia PHX on Roosevelt Row in downtown Phoenix.

Yazzie is a longtime Phoenix design strategist who runs Indige Design Collab, and Lewis is the founder of Indigenous Community Collaborative. Together, they have created Cahokia, the nation’s first Indigenous women-led art and social tech space.

There, they will hold space for Indigenous creators and social entrepreneurs to gather, collaborate and create.

The Show spoke with them about what that means and why it matters to them.