Scottdale voters are divided on how to handle the city's growth 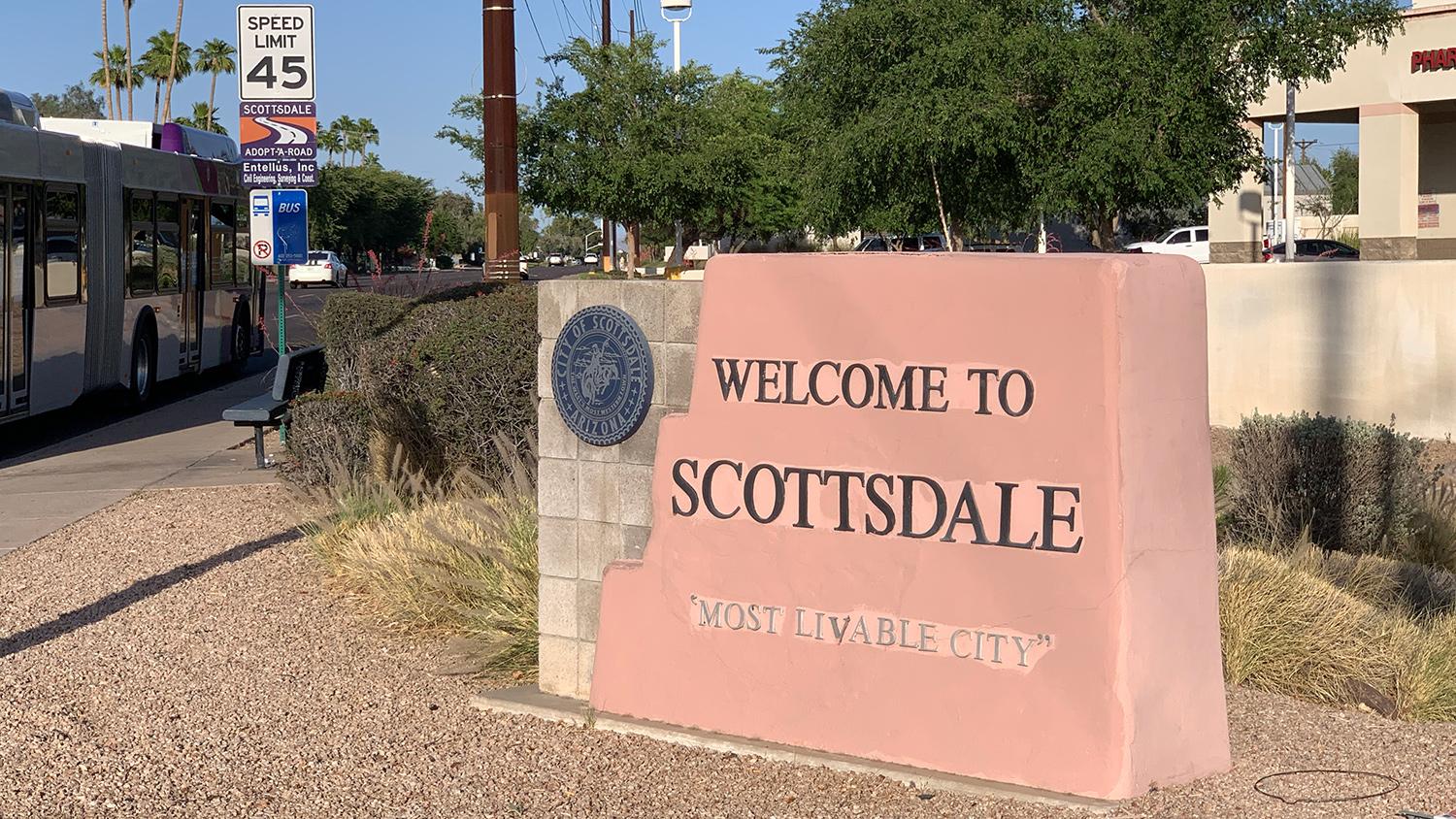 Tim Agne/KJZZ
A bust stops next to a "Welcome to Scottsdale" marker at 56th Street and Thomas Road in Scottsdale.

It may be an off-year for elections, but Scottsdale is asking an important question of its residents this Tuesday: whether to update the city’s general growth plan for the first time in two decades. But there’s one major issue still dividing voters, and that's how to accommodate growth.

General plans are mandated by the state and recommended every 10 years. Scottsdale, though, hasn’t updated its vision for the future since 2001.

Voters rejected a proposal in 2012, and similar efforts have been rebuffed as residents remain fearful of increased zoning density limits. This latest outline, known as Proposition 463, was drawn up by a coalition of residents and businesses. The City Council approved the plan earlier this year

“Understanding that when you talk about density, you need to address it because it’s going to have to go somewhere. But this general plan does not say it should go everywhere. It says, if it’s going to come, it’s going to come here and it’s going to come in these locations, in these particular ways,” said Meagan Ehlenz, a professor at the School of Geographical Sciences and Urban Planning at Arizona State University.

She says accommodating growth is something every metro Phoenix city is grappling with and believes Scottsdale’s new 300-page proposal has been carefully constructed.

“But it is contentious because it does say to you, ‘What is your neighborhood going to look like in 2050, not just in 2021?' And that change can be really hard to process.”

The election for Scottsdale’s Proposition 463 is being done entirely by mail or at drop off locations. Ballots must be received by Tuesday at 7 p.m.