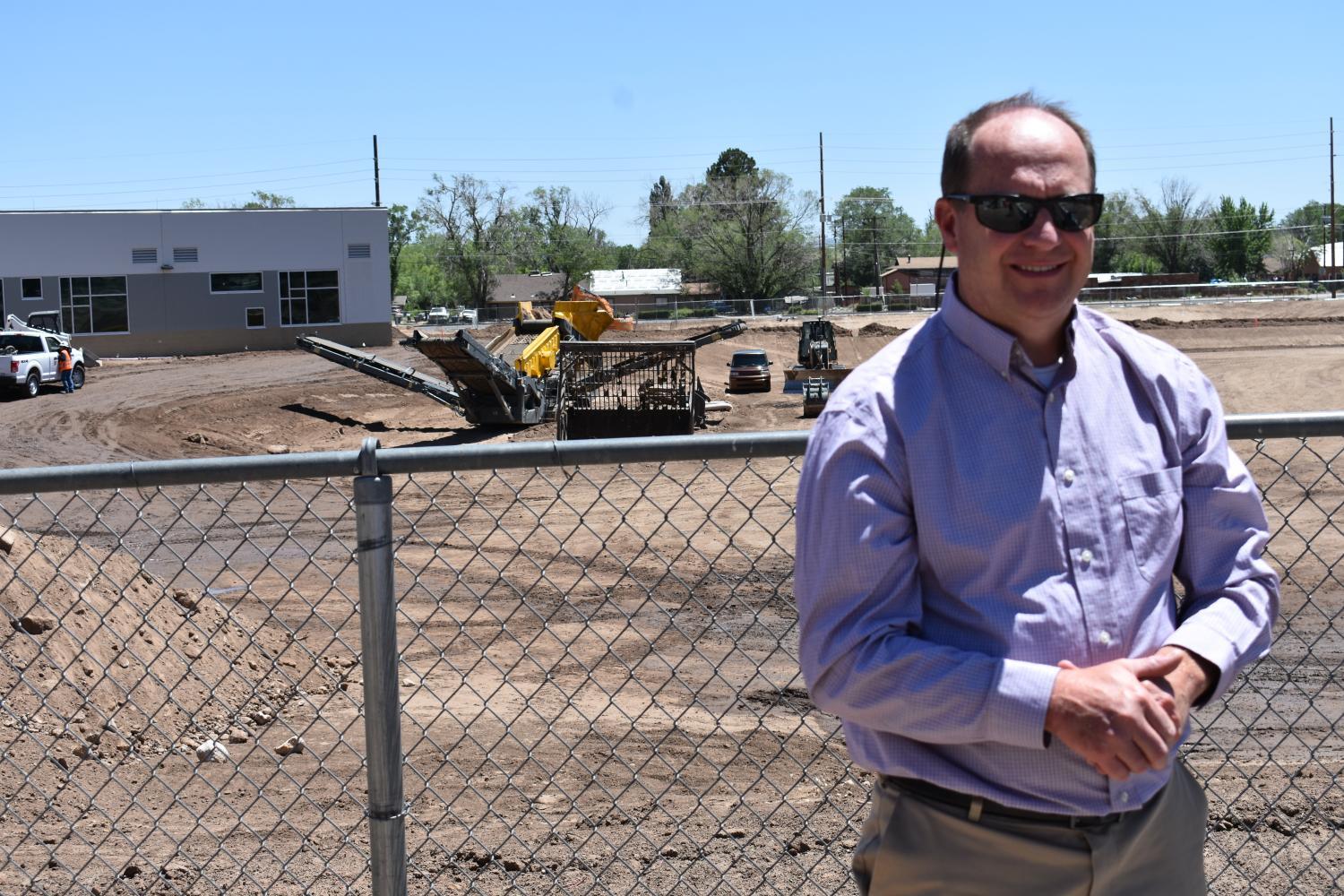 A pair of massive floods that started in the mountains looming over the city of Flagstaff last year damaged entire neighborhoods and overwhelmed drainage systems. Now, city, county and federal officials are racing ahead of this year’s monsoons to create new systems to keep the water moving safely.

Hear Michel Marizco with host Lauren Gilger on The Show

Margaret Garcia was pushing a lawnmower over the tall green grasses in her front yard in Flagstaff’s Sunnyside neighborhood. She’s lived here her entire life; her family owns property throughout the area. In an instant last year, those properties became risks when a powerful storm rushed down the mountain and into people’s homes.

"Horribly, it moved a vehicle that belonged to my friend only a block and a half away," she said. 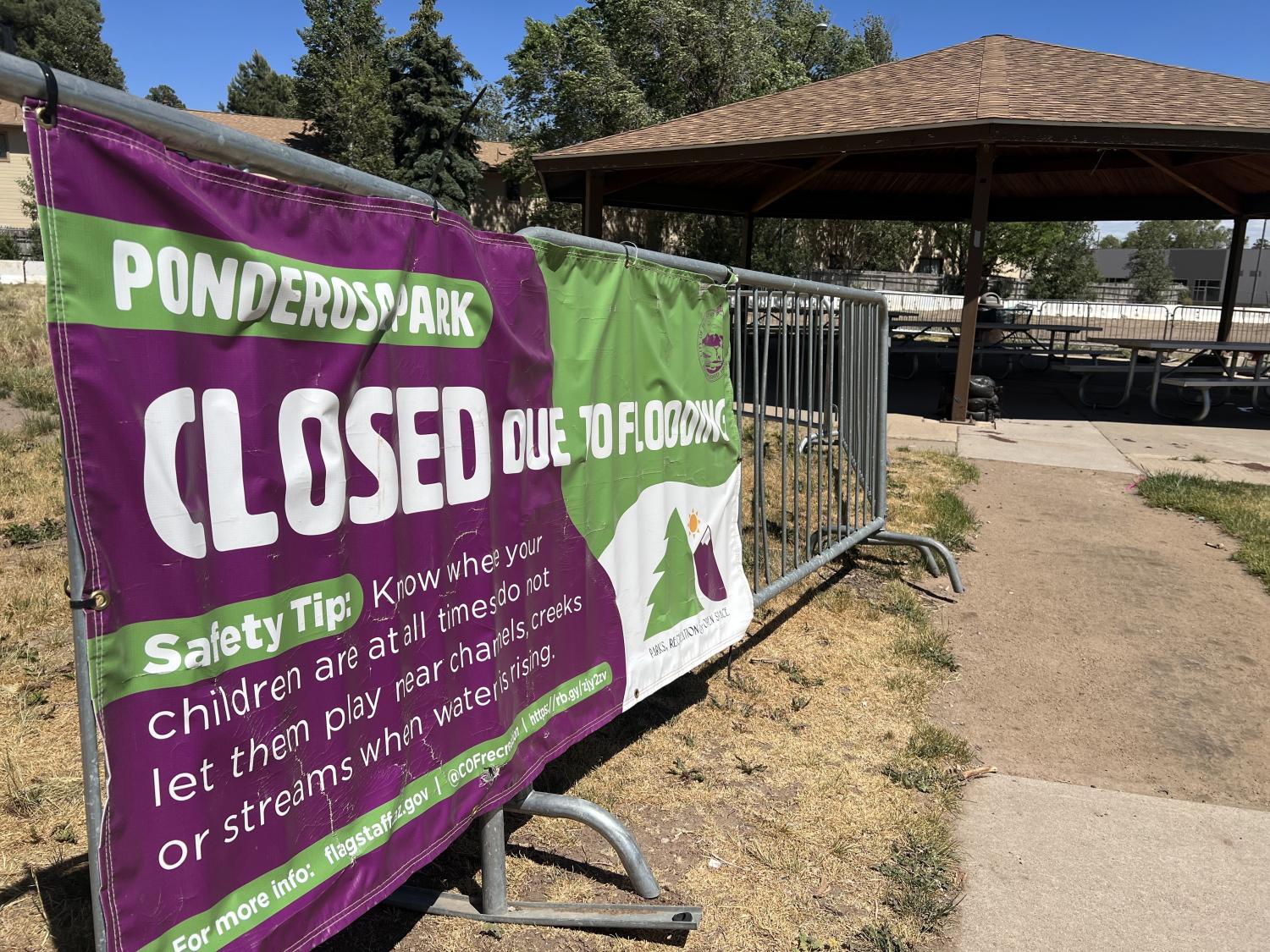 Michel Marizco/KJZZ
A Flagstaff neighborhood park was closed down after tons of silt and mud washed into it during 2021's historic flooding.

The rains flooded through Flagstaff homes twice last year. They destroyed an elementary school; a small park turned into essentially a detention basin, filling immediately with tons of sand and mud that rushed down and overwhelmed the wash and drainage system.

That was last summer. Now with monsoon rains just beginning in northern Arizona, she’s worried the rains will again fall on the scorched soils of the Dry Lake Hills where the Museum Fire burned for nearly three weeks.

"What’s going to happen? Are they going to burn down, are they going to get flooded out. There’s always a reason to be scared. You’ve just gotta try to pray to God and hope that doesn’t happen. That’s how I take it," she said.

Since the floods, area officials have raced to finish projects to protect people’s homes here. 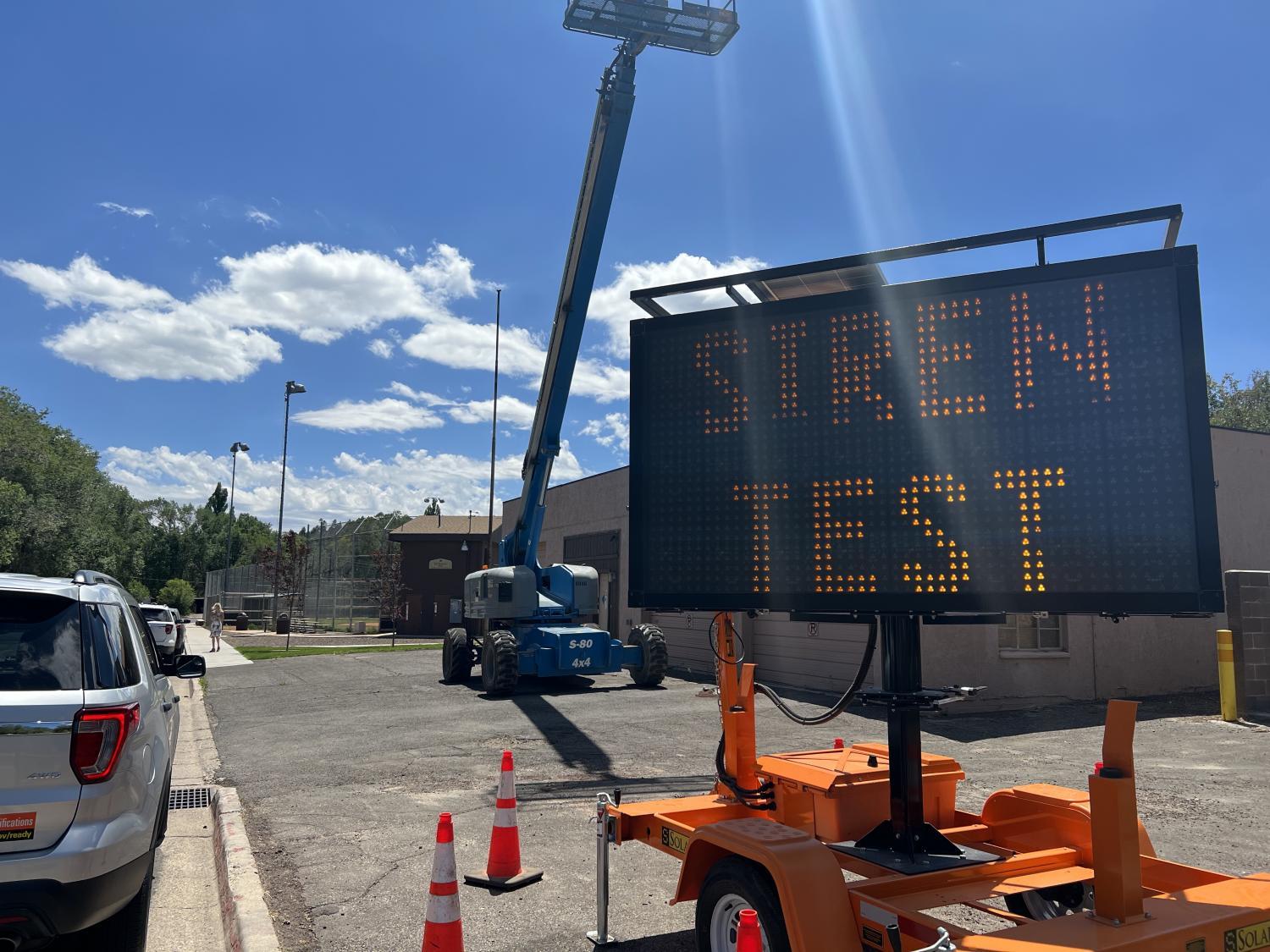 Flagstaff officials tested a siren system that’s been added to several neighborhoods in the path of flooding this year.

Sam Beckett, with Flagstaff’s public works, said the speakers were necessary for people who may not have a cellphone to receive alerts.

"The best solution we could come up with and honestly is one of the top solutions was a notification system that is exterior," he said.

And just a few blocks north, the city is racing to finish a massive detention basin designed to capture 10.2 million gallons of water. Public Works Director Scott Overton estimates that’ll take about ten minutes of a severe rain like the one that fell that fateful day last August.

"Where we’re really watching, where we’re paying attention is on the burn scar," he said. 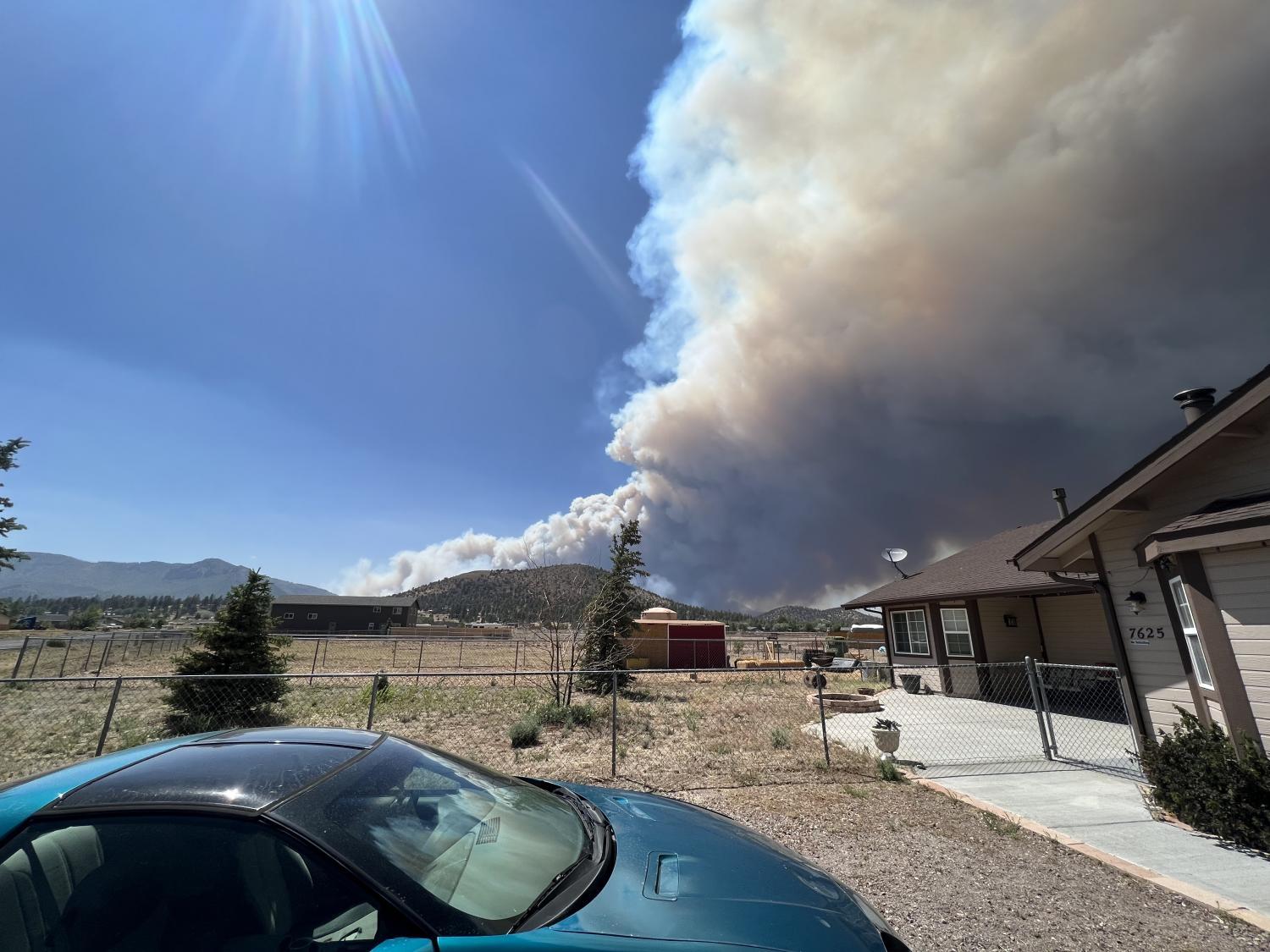 Michel Marizco/KJZZ
Smoke from a second major fire in Flagstaff in June 2022, the Haywire Fire, rises over an evacuated neighborhood.

"We saw a lot of debris. We saw a lot of fire debris, silt debris, water. And of course it came through the spruce wash in really an uncontrollable fashion." Overton estimates the projects to save these neighborhoods will run over $10 million. The new detention basin alone cost $4 million.

Spruce Wash winds through the Sunnyside neigbhorhood and for now, will pour into the massive basins here.

In the meantime, Garcia and her neighbors are stacking up sandbags in giant pyramids around their properties in hopes of keeping the water moving. City volunteer programs are helping to fill and place the bags. They now line nearly every street in this neighborhood.

These emergency measures are quickly becoming a new normal.

"Unfortunately, it looks like it will be. We got a taste of what kind of flooding happens when a watershed is damaged on the steep slopes, the wash from Museum Flood," said Jeronimo Vasquez, Coconino County supervisor.

"To put it in perspective, that watershed that produced the floods from last year was one watershed that was damaged. We now have 10 watersheds that were damaged on the San Francisco Peaks."

Officials are now urging residents on Flagstaff’s eastern edges to protect their properties with flood insurance and more sandbags. High chances of rain are expected every day over the next week. 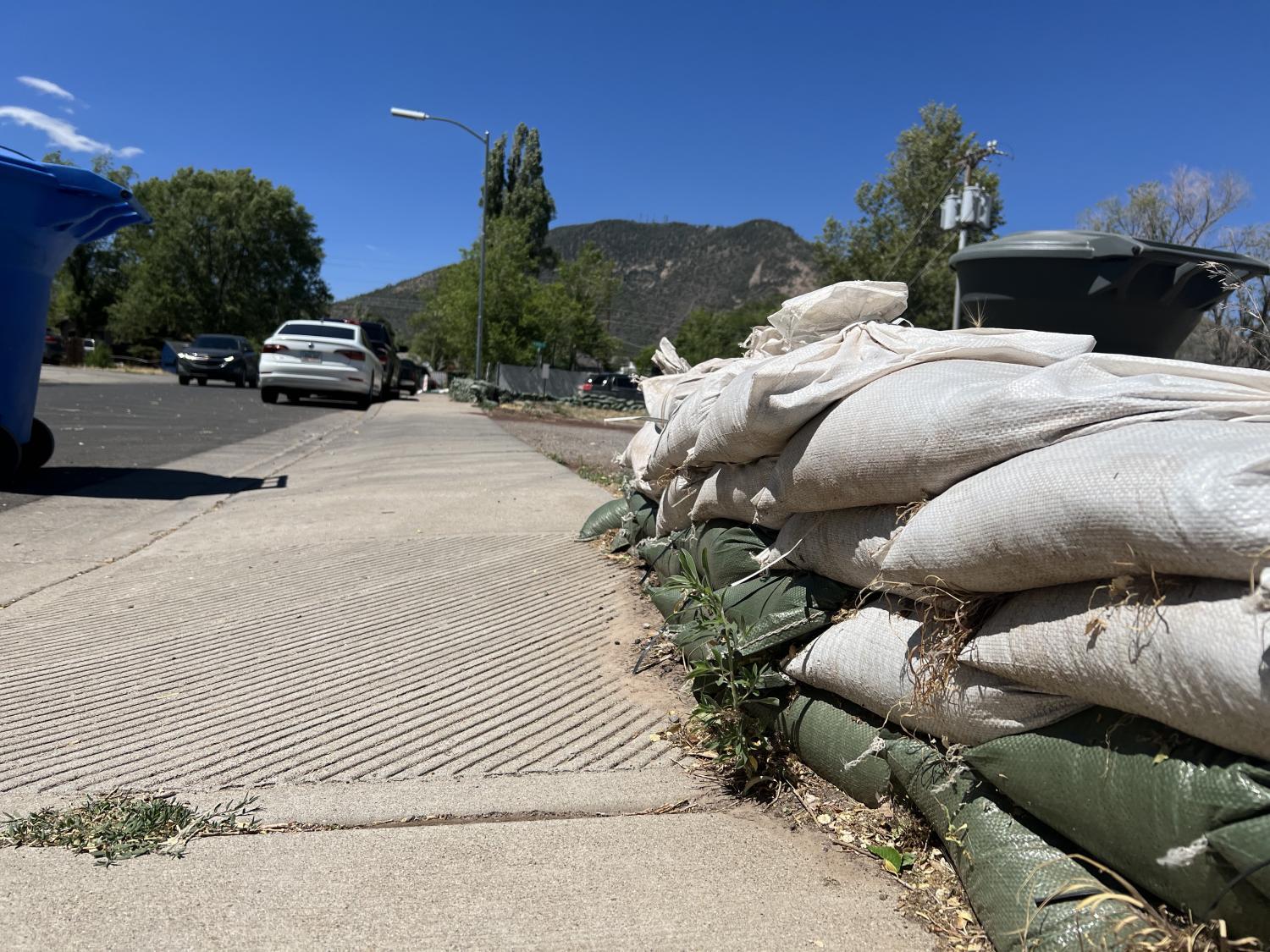