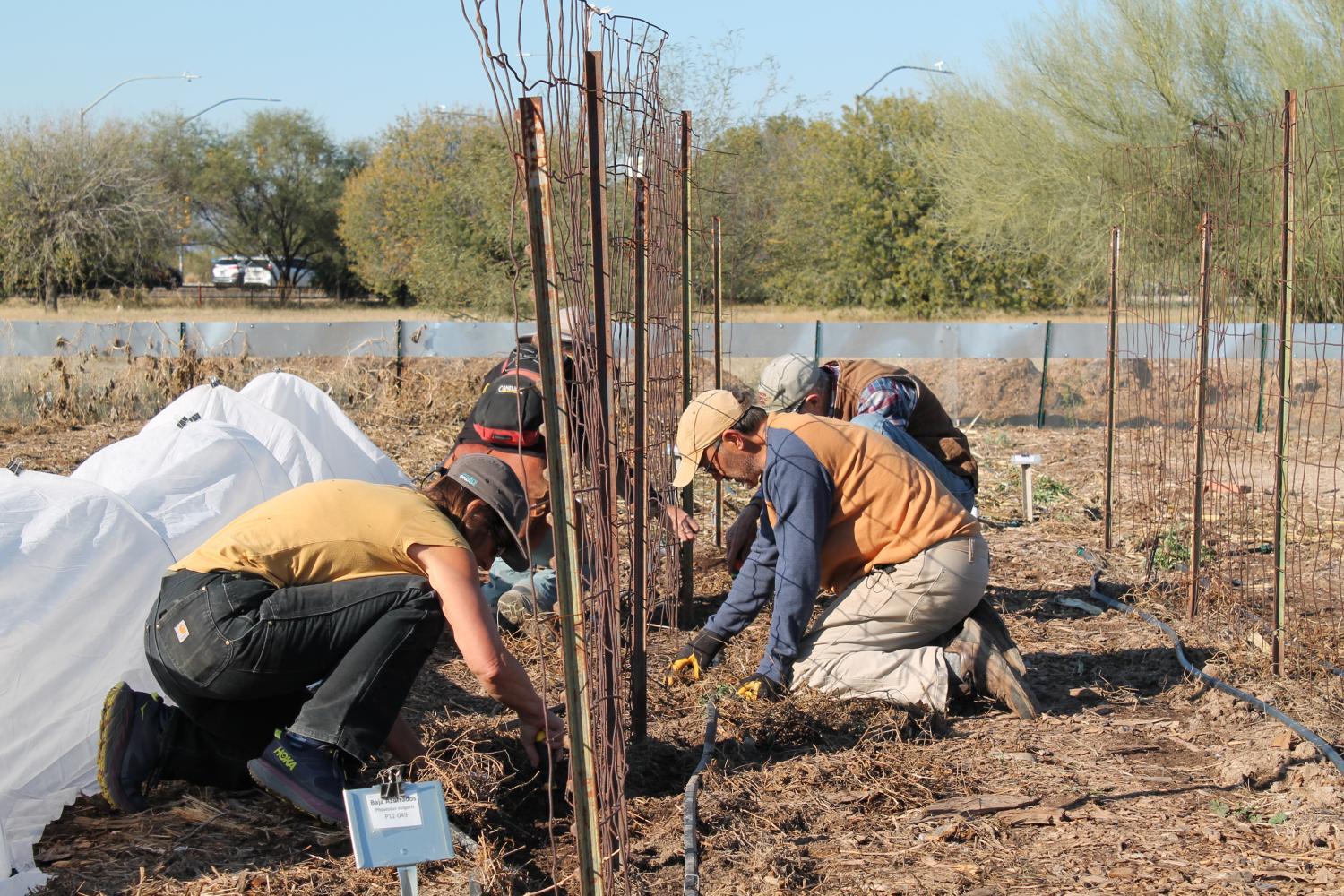 Long before there were grocery stores and fast-food restaurants, ancient cultures found sustenance in the Southwest through innovative farming techniques.

A nonprofit seed bank in southern Arizona is keeping that agricultural past alive, restoring traditional crops and foods that in some cases go back hundreds of years.

Native Seeds/SEARCH is not only preserving thousands of crops adapted to the region’s arid landscapes, but also their ties to the Southwest’s Native American cultures.

“We’ll break up into two groups. One are gonna do peas over here in the trellis, and then the other we’ve got Guatemalan purple fava beans,” said Joel Johnson, conservation garden manager at the Native Seeds/SEARCH garden in Tucson.

He’s directing about a dozen volunteers at the garden on a chilly morning in December.

Back in 1983, the founders of Native Seeds/SEARCH were working on a food security project to support the Tohono O’odham Nation in establishing gardens for their sustainable food needs.

Andrea Carter, Ph.D., is the outreach and education manager for Native Seeds/SEARCH. She says the founders were told by tribal elders that they wanted the seeds for the foods their grandparents used to grow. 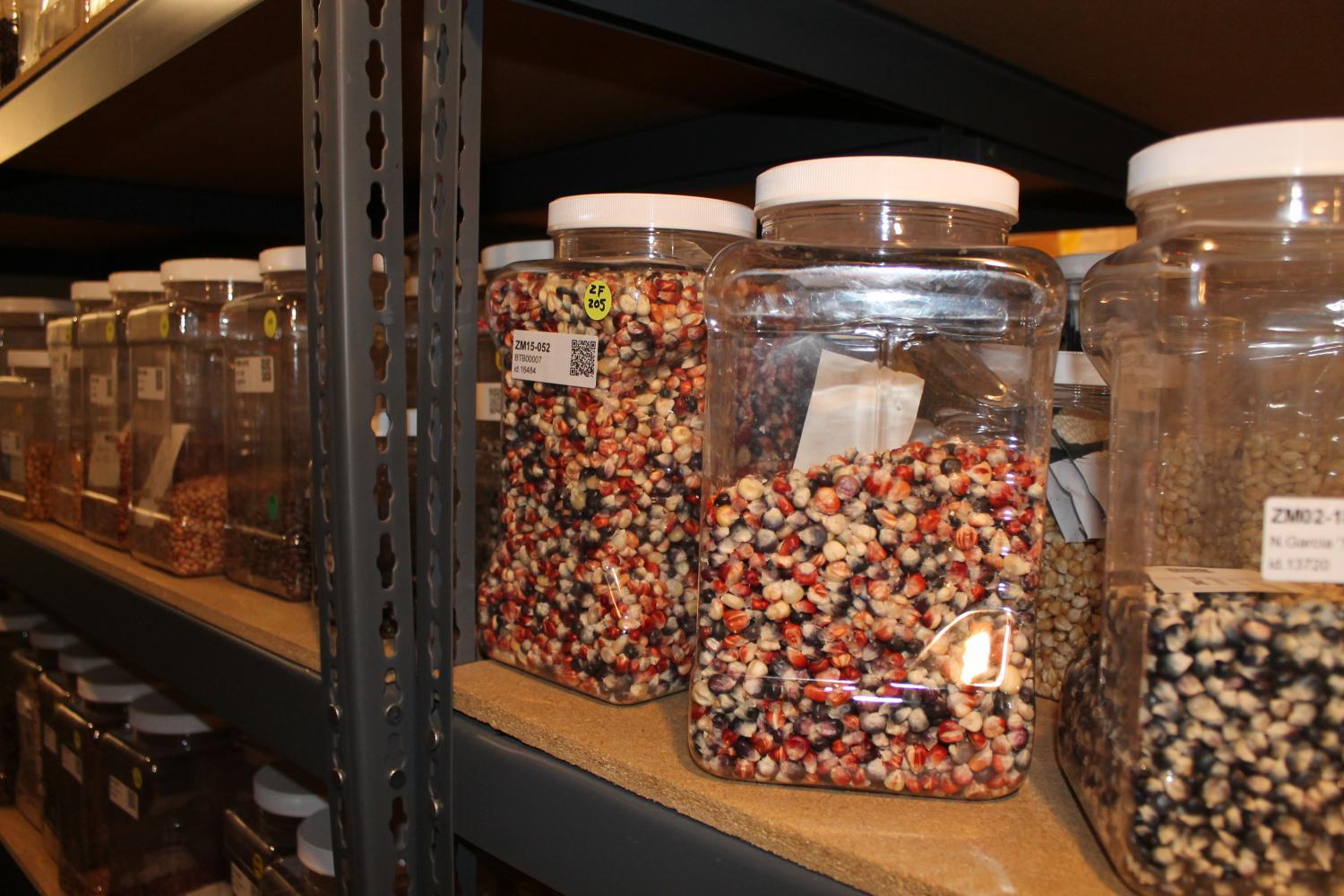 Al Macias/KJZZ
A variety of seeds in cold storage.

“They’re working in these communities, and it becomes clear both to themselves and to the folks they’re working with that there’s a need to preserve the seeds that are less and less being grown. And so, this collection of the seeds took place,” Carter said.

Seeds were donated by members of the tribal nations they were partnering with. This led to Native Seeds/SEARCH becoming a collector and preserver of endangered traditional seeds from communities in the Southwest. That project 40 years ago led to this garden and seed bank.

“About 70% of the varieties that are in the ground have an affiliation to an indigenous community,” said Johnson.

Seeds are not only planted at the Tucson garden. Native Seeds/SEARCH has partners around the Southwest who use the seeds, and those partners also have a voice in what gets planted.

“So, something may not be a No. 1 priority for regeneration of the seed bank, but it is a really high priority for Native American free seed requests or some of these other seed-access programs,” Johnson said. 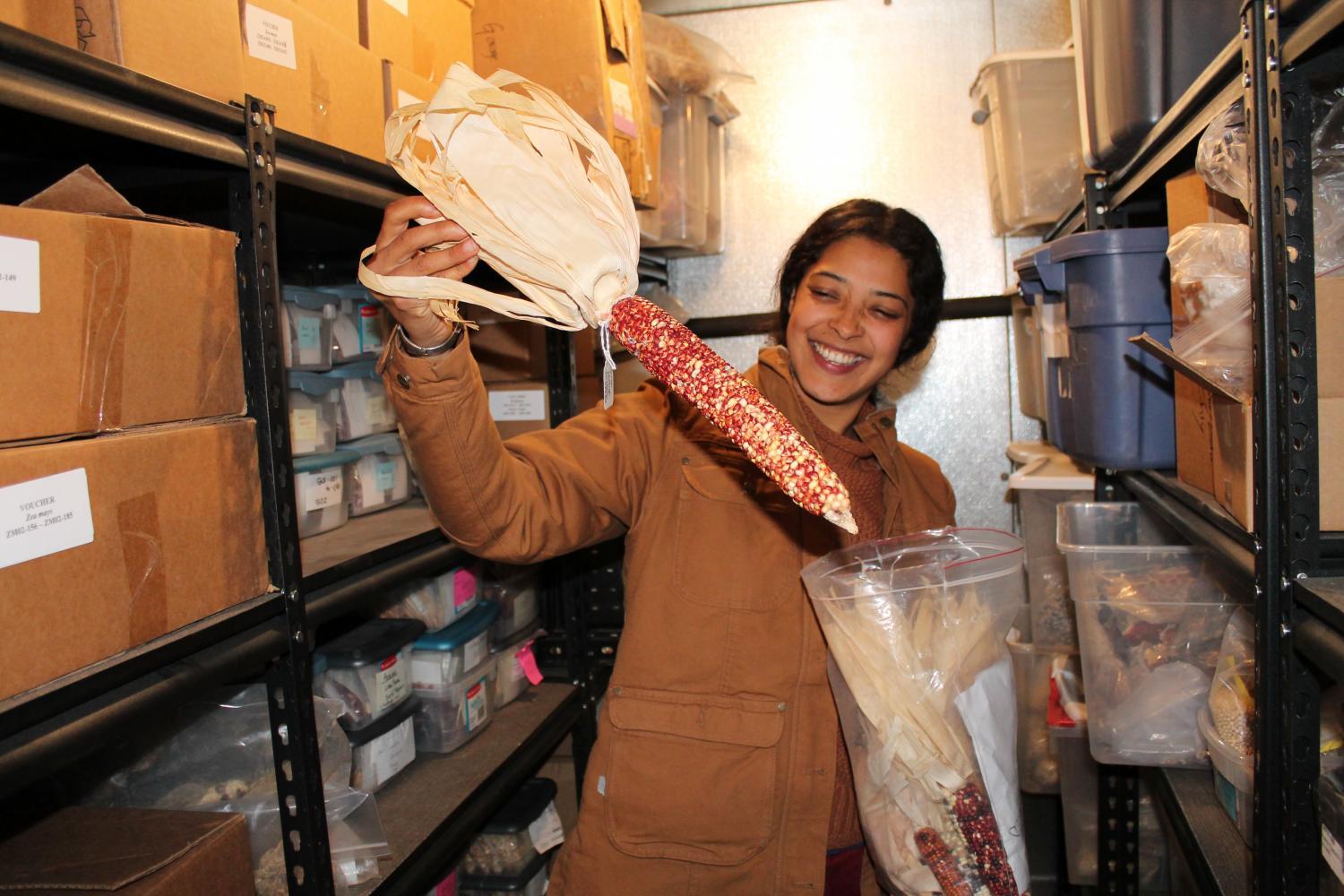 “Anyone can buy seeds from Native Seeds, but there’s programs to encourage and facilitate seed access amongst Native community members,” Carter said.

Along with the garden, which is growing crops year-round, Native Seeds/SEARCH also has a storage facility where seeds are kept, some in cold storage, others in bins as they are tested and prepped for shipping.

“After the seeds are brought in from the garden then we have to process them and then make sure that they’re viable, that they’re healthy seeds. So in here, we do the germination testing to make sure that enough of them germinate,” said Dick Gase, the seed lab’s coordinator.

About 100 miles north of the Native Seeds/SEARCH garden is the Salt River Pima Maricopa Community east of Scottsdale. There are about 15,000 acres of tribal land that once grew many different kinds of crops. Jacob Butler is a newly elected member of the tribal council. He says things changed for farmers back in the 1930s.

“Yeah, so farming as a way of life kind of went away here with the loss of our water and the inability to pay for our water, because we weren’t a cash-based society at the time,” Butler said.

Butler says there is a renewed interest by the younger generation. 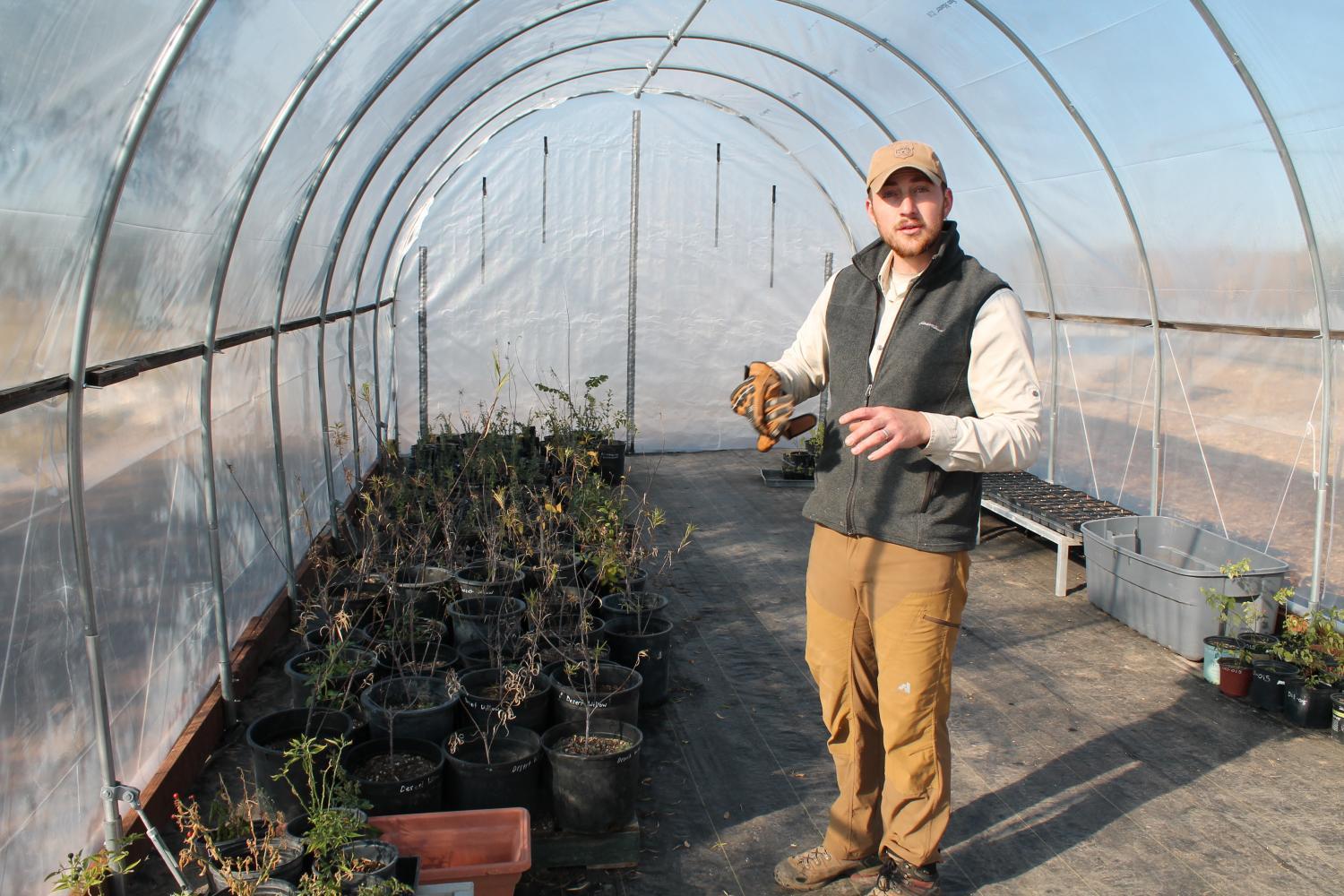 Al Macias/KJZZ
Joel Johnson in a greenhouse at Native Seeds/SEARCH.

Butler is also the chairman of the Native Seeds/SEARCH board of directors. He says the relationship between the organization and tribal communities has evolved. He says early on, some tribal communities were distrustful of Native Seeds/SEARCH, while some board members were apprehensive of suggested changes that called for greater Southwestern tribal representation on the board.

“At the end of the day, all the founders were 100% supportive of what we were doing, and I think a lot of our community members are now too,” said Butler.

Butler says he has seen the payoff of those efforts with the youth in his community.

“You can ask some of these kids, and they’ll tell you, ‘Oh ... that’s a tepary bean,’ or they’ll tell you in the language, ‘That’s buff, or ....’ That to me is the single greatest achievement that this program has had, is the impact to our youth and the understanding of rekindling a relationship with these foods.”

Butler says in some cases foods are being reintroduced that have been absent from Native American diets for generations.

Across Native American communities and in a Tucson garden, that restoration work continues.

EDITOR'S NOTE: The story has been updated to correct the spelling of Dick Gase's name. 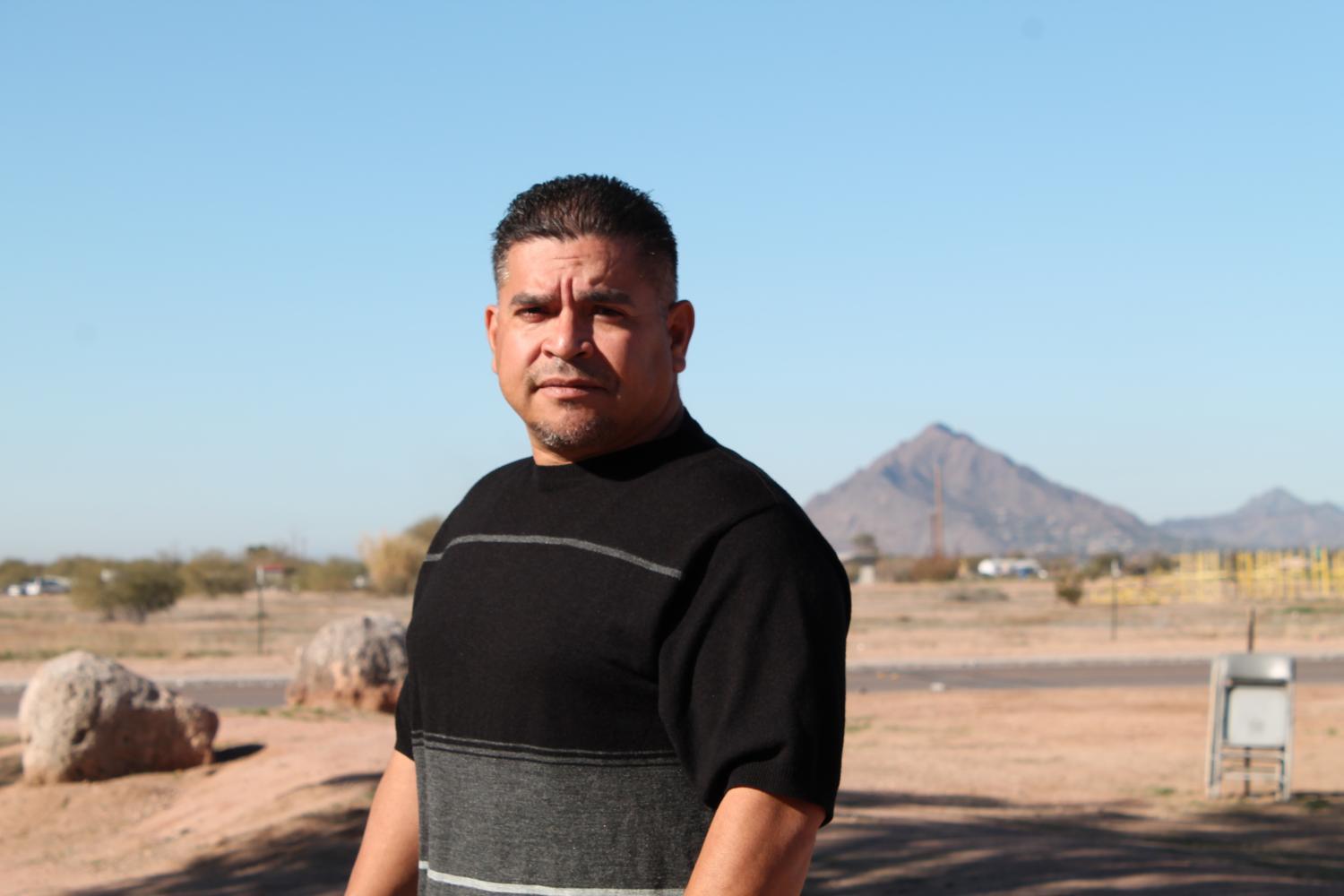 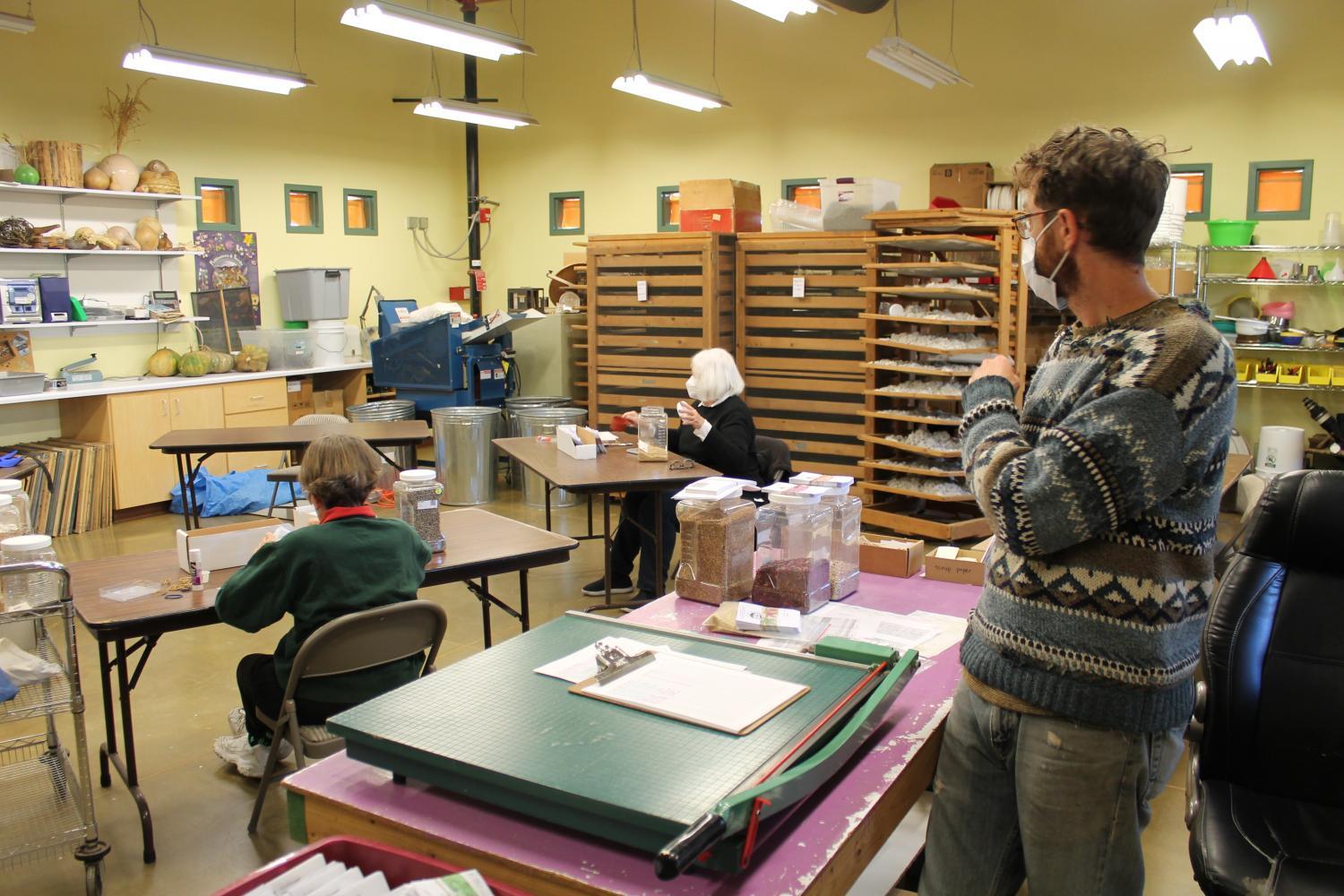