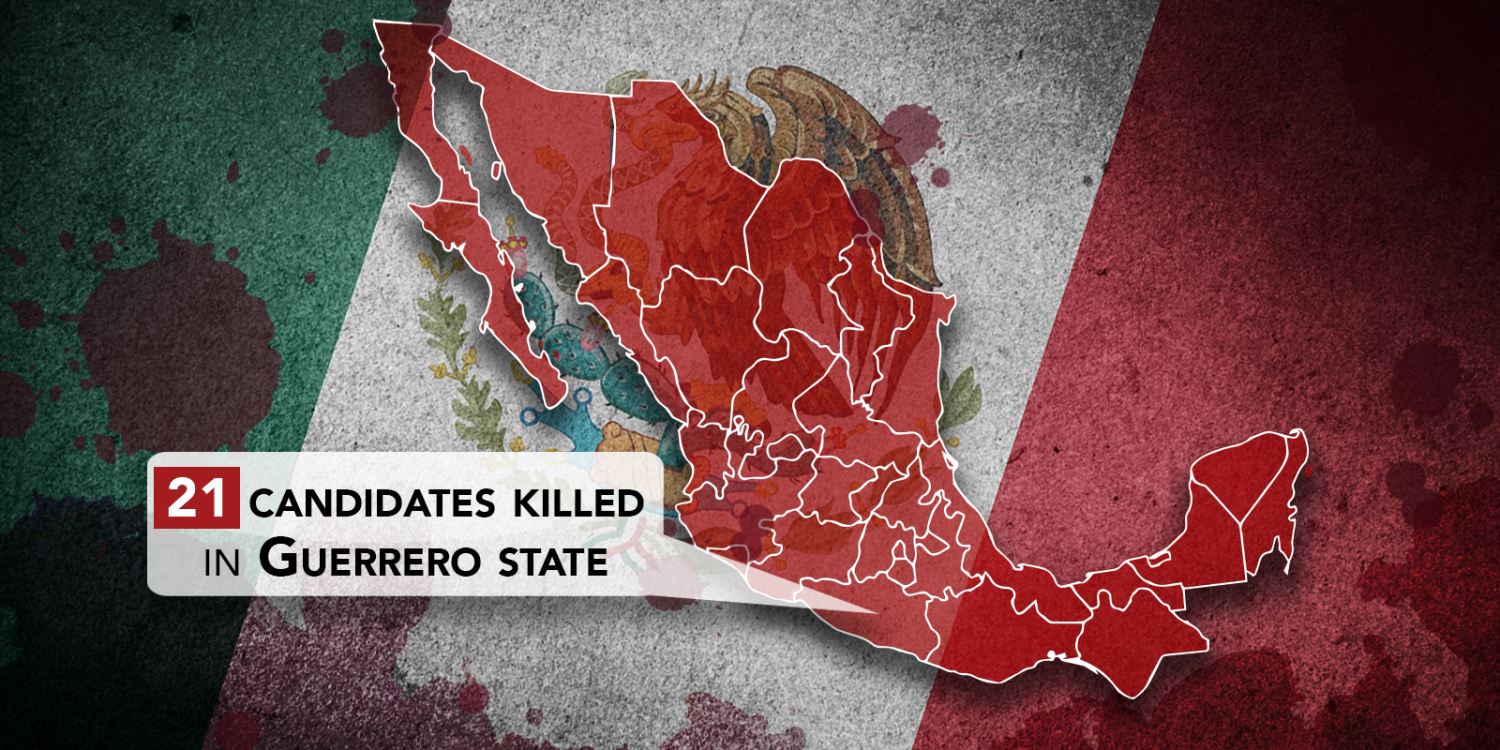 Silvia Rivera, a politician from a rural swath of southern Mexico known as "Hot Land," or Tierra Caliente in Spanish, doesn’t like to give her coordinates when she picks up the phone.

On a recent afternoon, she answered a call saying she was driving from a central part of the state of Guerrero to the capital of Chilpancingo. Perhaps more tellingly, she said she no longer lives in Tierra Caliente.

Rivera, 54, and a member of the conservative Institutional Revolutionary Party representing a section of Tierra Caliente in Mexico’s Chamber of Deputies, withdrew her candidacy earlier this month for her state’s chamber of deputies. She withdrew after she got two calls from someone threatening to kill her if she continued to run, she said.

“With my family, we decided that I was going to step down because it’s pretty normal here that if they don’t kill you, they kill your family,” Rivera said in a phone interview. “My family’s life is more important to me than my own.”

Rivera has been lucky, she said. She hasn’t been among the more than 90 candidates or public office holders who have been killed in small towns across Mexico since the beginning of the country’s campaign season last September, according to a tally by the Mexico City-based risk analysis firm Etellekt.

That means about one candidate or public official has been killed every three days since the country’s campaign season began last year, as organized crime is threatening to interrupt the electoral process in dozens of small-town elections across the country.

Rivera’s home state of Guerrero has seen the worst of it, with 21 homicides, according to Etellekt’s tally. Even Bishop Salvador Rangel, who oversees Tierra Caliente for the Catholic church, has tried to intercede with local cartel leaders to not kill candidates for public office, with little success.

For Rangel, one thing is clear: “Democracy is spiraling backwards in Mexico,” he said.

Indeed, voters notice the violence. Elevated levels of violence have increased voting abstention rates in past elections in Mexico, according to a study by Sandra Ley, a professor at Mexico City’s Center for Research and Teaching in Economics.

Ley looked at voting numbers dating to the 1990s, conducted a national survey of voters after the 2012 electoral season, and found that a single act of violence against a politician correlated to a 1 percent drop in turnout in municipal elections.

Organized crime’s use of violence to influence local elections date to at least the 1990s, but are more noticeable in this year’s elections because many local elections are coinciding with the presidential elections, Ley said.

Cartels use local elections to access, for example, the police chief or the warden of the local jail, Ley said.

"This is a way in which they can begin to influence local appointments that are crucial for their own activity, so there's a logic behind it," Ley said.

For Armando Rios Piter, a federal senator from Guerrero who made a failed run to be on this year’s presidential ballot, the drug cartels targeting candidates have an impact on both sides of the border. In the United States, drugs are public health issue, while in Mexico they’re an issue of public safety, he said.

Rios Piter supports legalizing the trade of opium poppy for medical use and the sale of marijuana for recreational use, he said. His position is not a popular one: he failed to garner enough signatures to be placed on the presidential election ballot this year.

"A lot of the heroin that is consumed in the United States comes from Guerrero, so we both as countries have a problem," he said.

Just a few days after our original phone call with Silvia Rivera, one of her friends, a mayor in Tierra Caliente named Abel Montufar, was killed. Montufar’s family held the funeral in Chilpancingo, the capital of the state of Guerrero. For Rivera, it was a relief.

“It’s too dangerous to go to Hot Land right now,” she said. “Things are just too mixed up.”

The election will be held July 1. President Enrique Peña Nieto, a member of the conservative Institutional Revolutionary Party, isn’t eligible for re-election. The majority of the local politicians killed are from his party, but so far, he’s said little about the violence.

EDITOR'S NOTE: This story has been modified to clarify an account by Silvia Rivera.