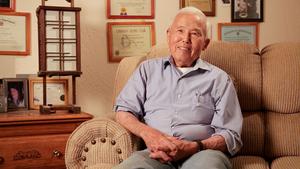 Claudia Katayanagi
Jim Tanimoto was one of many resisters who was sent to the Leupp Citizen Isolation Center.

During World War II after the Japanese bombed Pearl Harbor, President Franklin Roosevelt signed an executive order to lock up 120,000 Japanese-Americans in isolation camps across the West.

His order said: "The successful prosecution of the war requires every possible protection against espionage and against sabotage."

Historian John Westerlund said there were four reasons for the order. The first he said was racism that goes back to the North American slave trade.

"The second reason was the wartime hysteria," Westerlund said. "The third reason was politics and the fourth reason was greed."

RELATED: Q&AZ: What Is The History Of Japanese-American Internment Camps In Arizona?

The War Relocation Authority forced tens of thousands of Japanese-American families to report to assembly centers, where they were given their isolation camp assignments. They left their homes, their businesses, their farms. The federal reserve bank estimates people lost more than $500 million in assets. That's more than $7 billion in today's economy.

"At the assembly centers there were riots," Westerlund said. "In fact at every assembly center and at every large internment camp there were problems. They called them "troublemakers." The War Relocation Authority they had to decide what are we going to do with these young men who were causing problems?"

"Then they turned on the floodlights and then we could make out a row of soldiers loading their weapons. That was the noise we were hearing. They don't think we're humans! We're enemy!"
—Jim Tanimoto

The authority decided to screen the prisoners. They asked them if they would swear allegiance to the United States and whether they would be willing to join the U.S. Armed Forces. In the documentary "A Bitter Legacy," former prisoner Jim Tanimoto said he and many others refused to sign the agreement.

"A soldier ran through our barracks shouting 'get your ass out of bed and line up outside,'" Tanimoto said. "And when we went outside it was pitch black. Then they turned on the floodlights and then we could make out a row of soldiers loading their weapons. That was the noise we were hearing. They don't think we're humans! We're enemy!" 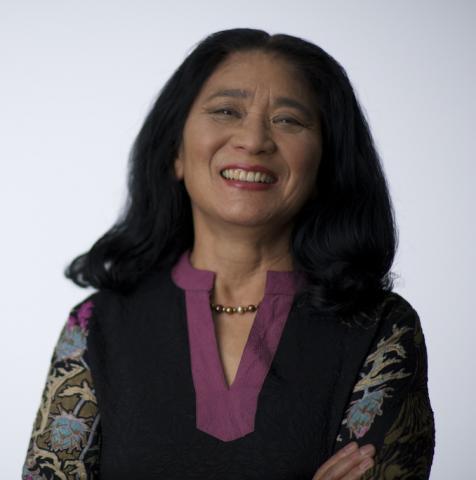 So the feds rounded up all of these so-called "troublemakers" and sent them to an old American Indian Boarding School in Leupp. The Leupp prison was the beginning of the end of the isolation camp era. In fact, the Leupp Citizen Isolation Center, as it was known, was only in operation for part of 1943.

The camp director Paul Robertson started looking through the files and discovered these prisoners hadn't been charged with crimes. There hadn't been hearings, and there hadn't been any sabotage committed by Japanese-Americans.

"Doing this film I didn't realize the depth to which there was so much pain, so much loss," Claudia Katayanagi, "A Bitter Legacy" filmmaker said. "I didn't realize that they weren't in the position. I asked my mother, 'why didn't you speak up?' She said, 'we didn't even have the vocabulary at the time to think about our civil rights.'"

Relatives on both sides of her family including her grandfather were sent to isolation centers.

But a few did take a stand including Fred Korematsu, who was arrested for failing to report for relocation. With the help of the ACLU he fought his discrimination case all the way to the Supreme Court, which in the end upheld his conviction.

Korematsu v. the United States came up earlier this year when the Supreme Court upheld the travel ban. Justice John Roberts wrote that the Korematsu case was "gravely wrong" and "unlawful," but went on to uphold the travel ban anyway. In the documentary, Korematsu's daughter Karen said her father would have been very upset. 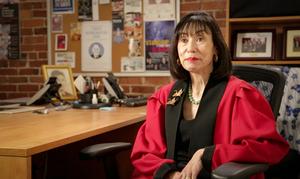 Claudia Katayanagi
Karen Korematsu is the daughter of Fred Korematsu, who refused to go to a Japanese prison camp. Once arrested and convicted he fought his case all the way to the U.S. Supreme Court.

"Justice Roberts had issued the overruling of Korematsu versus United States in the same breath as marginalizing another group of people," Karen Korematsu said. "We need to learn the lessons of history from the Japanese-American incarceration of World War II. Then it was of their ancestry now it's their ancestry and their religion."

Although not much remains of the old Leupp prison camp, Karen Korematsu said many remember. And she said we need to teach this generation and future generations they can make a difference.

EDITOR'S NOTE: This headline has been updated to clarify that those held in the camps were Japanese-American.