Electric Scooter Companies Fight To Keep Rolling In Mexico And The U.S. 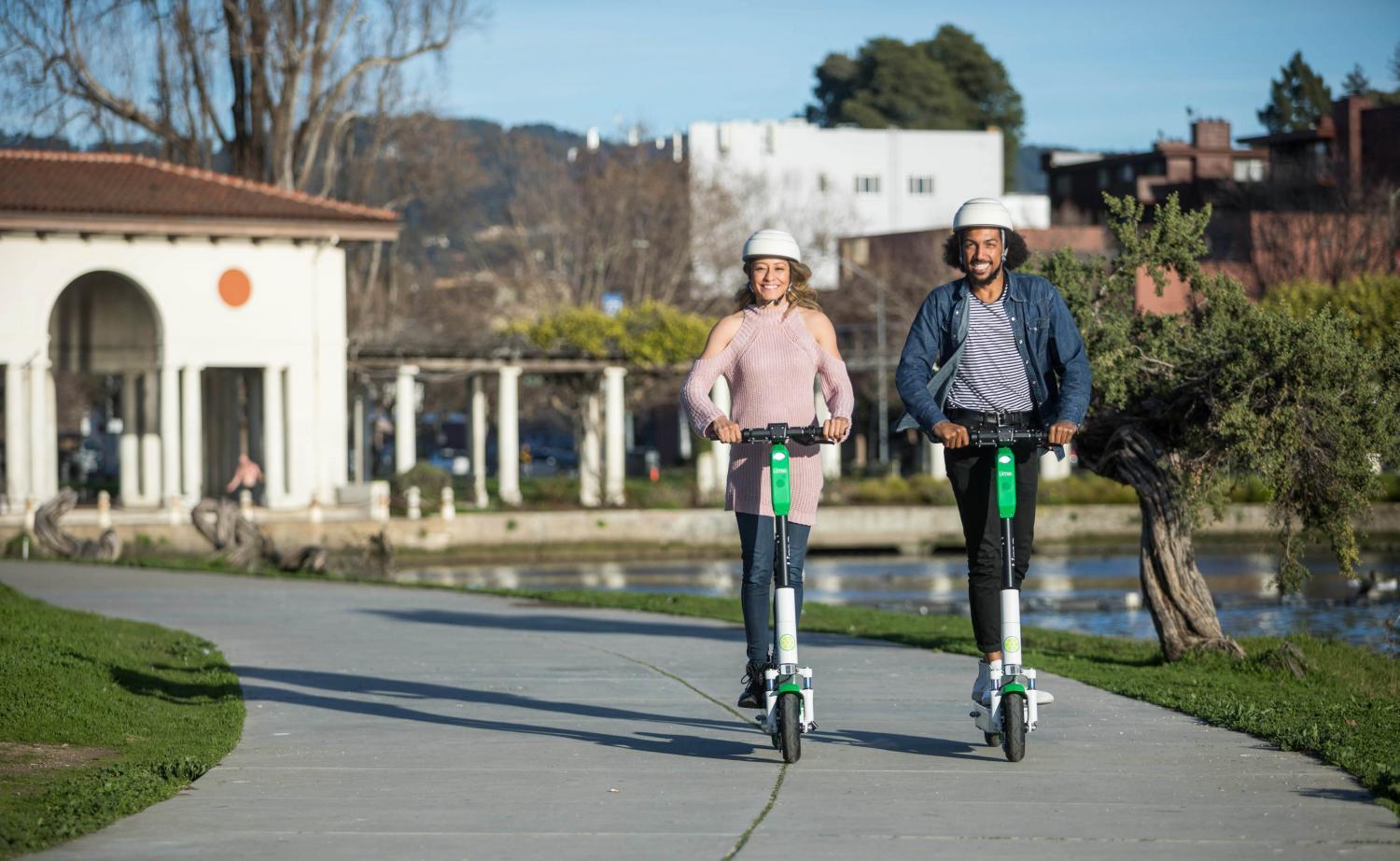 Lime
Many people in the U.S. use scooters from Lime, a San Francisco-based corporation with presence in more than a hundred cities across the world.

MEXICO CITY — You’ve probably seen — or even used — these two-wheeled vehicles for rent. They’re electric shared scooters, an exciting device for many — but a dangerous one for others.

Like in metro Phoenix, electric shared scooters arrived in Mexico City with disruptive technologies and concerns. While some see in them innovation and an opportunity to fight urban problems such as air pollution or traffic, others think that these vehicles need to be regulated — or even eradicated.

Let’s start with an embarrassing anecdote: I went to Parque México, in Mexico City. It’s a very popular and old park with many electric shared scooters in this area. The ideal place to try them for the first time.

Starting the scooter was simple, by scanning the QR code with the cellphone using an app from the service provider, which charges about 50 cents U.S. to start it and about a dime per minute.

But it’s not only me making an effort: companies that handle these vehicles are struggling all over the world, as some local governments fear of risks to users, pedestrians and drivers. 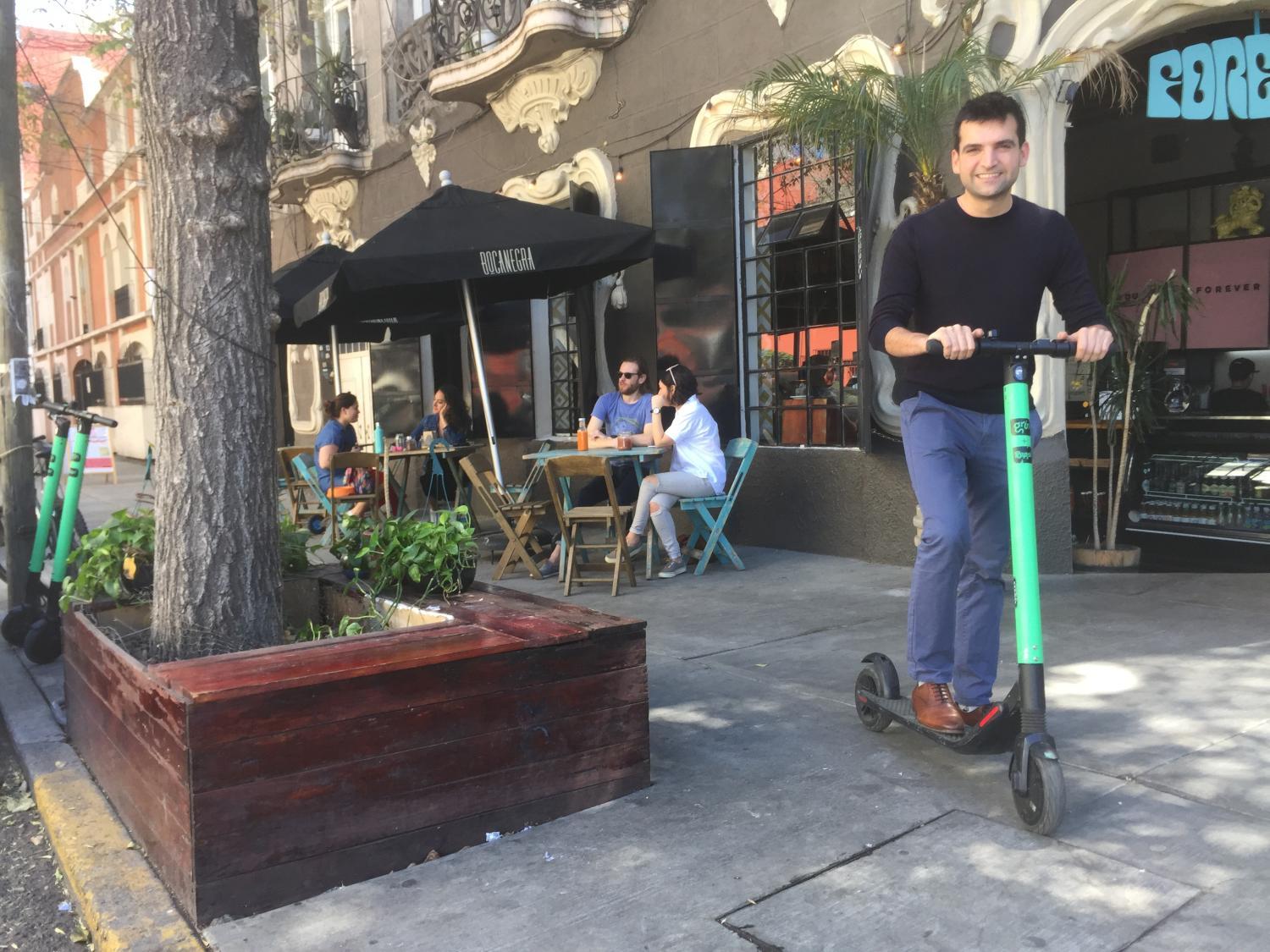 A Mexican Company With A Mexican Problem

“We always like to work hand in hand with the government, because we know that’s the only way to provide the service,” said Beriana Mendoza, head of communications of Grin, a shared electric scooter company from Mexico City.

Grin started to operate last year and now it’s in 18 cities in Latin America, becoming the first company of its kind in the region.

“We do want to expand, but there’s some safety issues and some infrastructure issues,” said the representative of Grin.

But Mendoza trusts on the way scooters help the city with cheap transportation and less car usage.

“Scooter mean less cars in their neighborhoods,” said Mendoza, stating that her company protects its users with an insurance, as well as third parties involved in an accident. They also built agreements with businesses to create parking areas for the scooters.

And as for air pollution, Grin says the more than 640,000 rides they’ve had in Mexico City represent 250 tons less of carbon dioxide emissions. 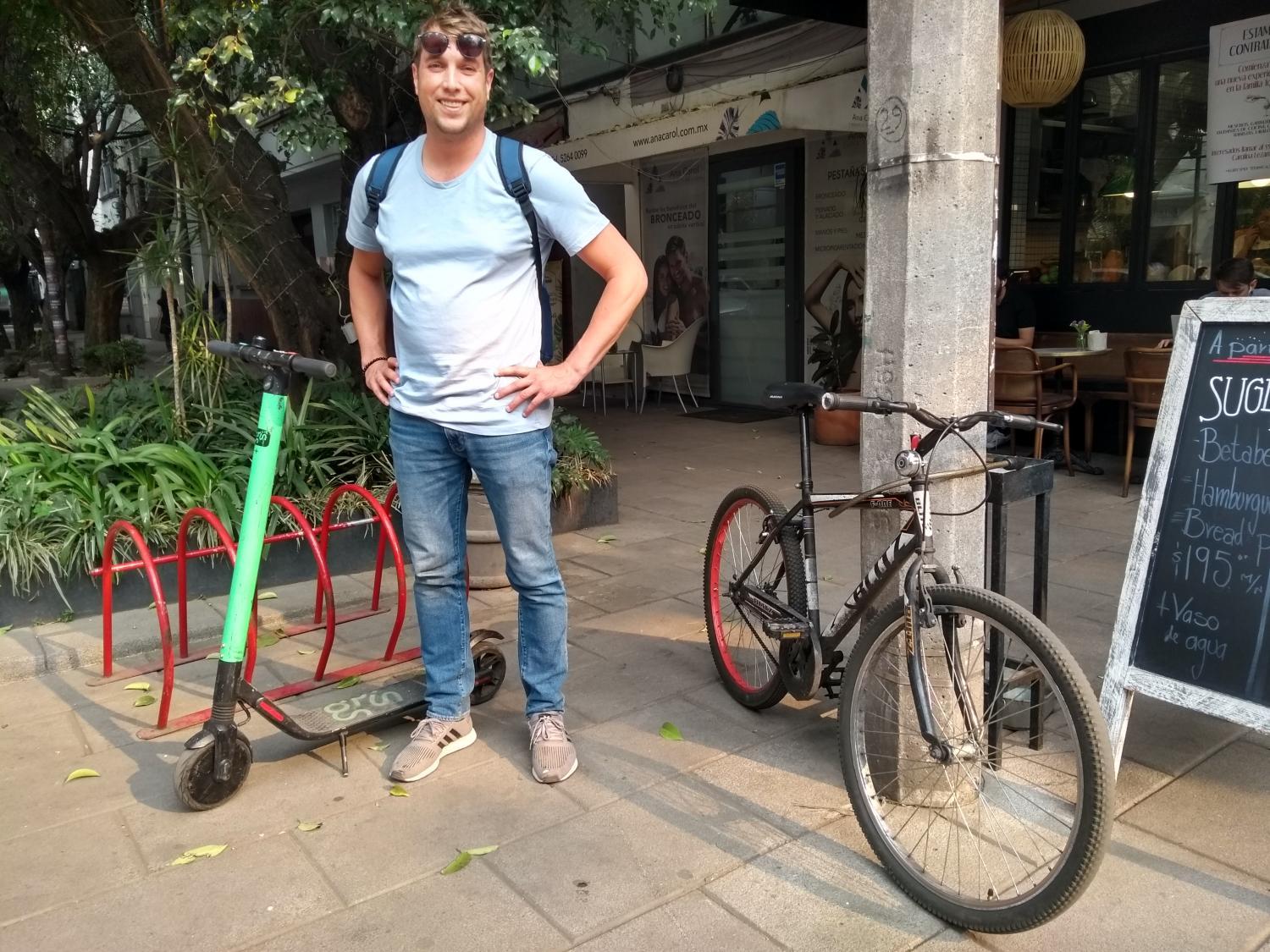 Rodrigo Cervantes/KJZZ
Nico Bohr is from Germany, but moved to Mexico City, where he continuously uses shared vehicles, like electric scooters and bikes.

Other companies face different battles, like Lime, a San Francisco-based corporation with presence in more than 100 cities across the world. It started in October in Mexico City and is about to expand to Puerto Vallarta, while also operating in Cancún.

I spoke on the phone with Jason Wilde, its head of Lime’s business global operations.

“Regulations and infrastructure. Those two are big barriers,” Wilde said.

Barriers like those are found in metro Phoenix, for instance. Arizona State University banned scooters off campus in October. And as new regulations in Tempe included fees that Lime considered costly, the company decided to leave.

“When Lime is not in the market, it’s not just Lime that hurts, it’s actually the individuals and the residents of those cities that have fewer mobility options,” said Wilde.

According to the executive, Lime has to do what’s right for the company and its customers. But he believes that the current experiences will eventually help redesign cities. He envisions special lanes to shared vehicles everywhere, just like those in many parts in Mexico City.

And what about adding a lane at ports of entry for cross-border trips? 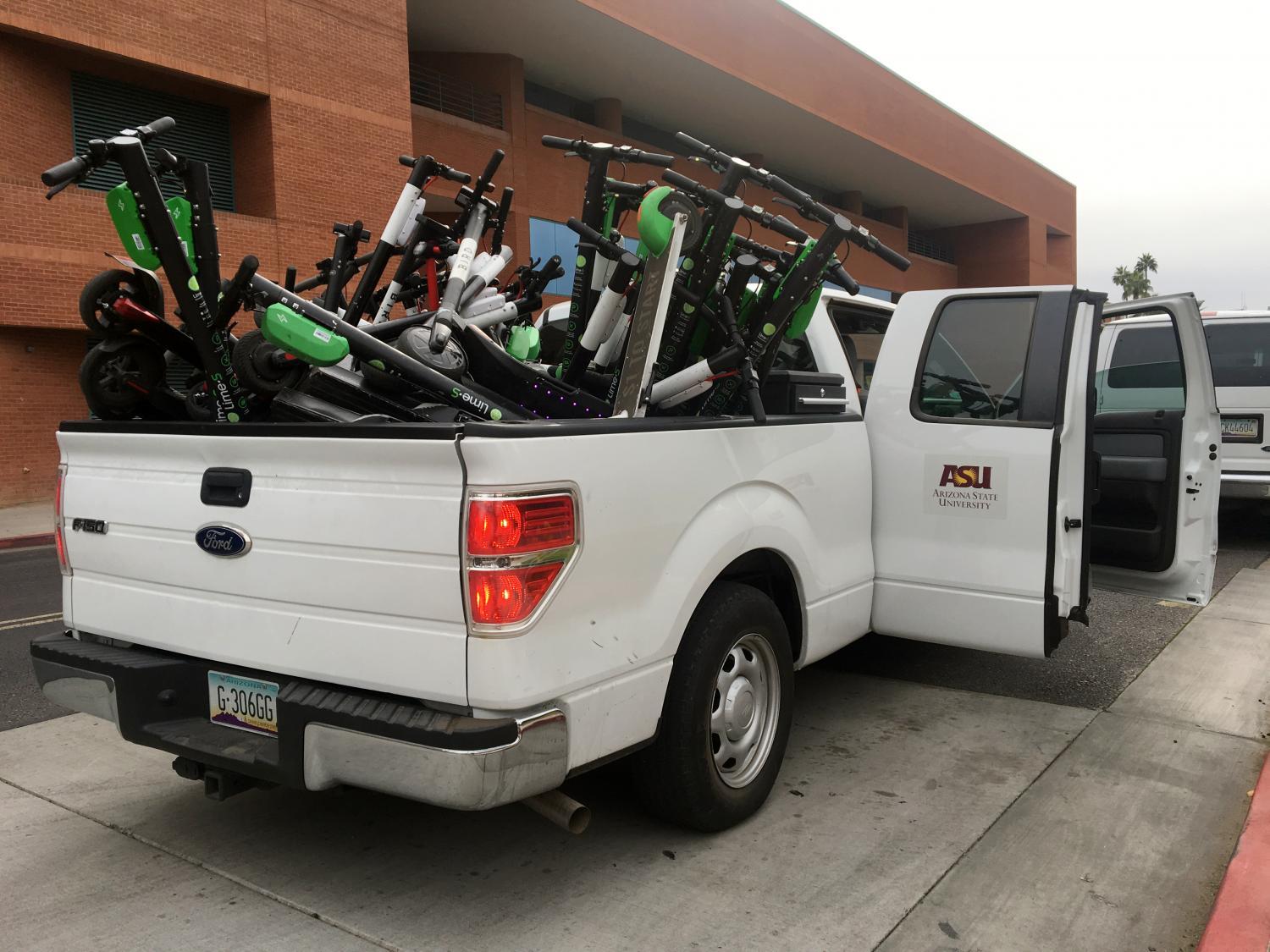 Back in Mexico City, I found Nico Bohr, a German who moved here a couple of months ago and who rides scooters all the time.

For him, the disputes will end when companies, governments and citizens adjust to each other.

“I think there’s always gonna be controversy when there’s a change,” Bohr said. “For me, this is definitely more part of the solution than part of the problem, but I can see how make people think differently if they don’t feel respected in the way it’s implemented, right?”

And while the debate goes on, just like those scooter companies, I’ll continue my endeavor — and keep trying to ride an electric scooter.