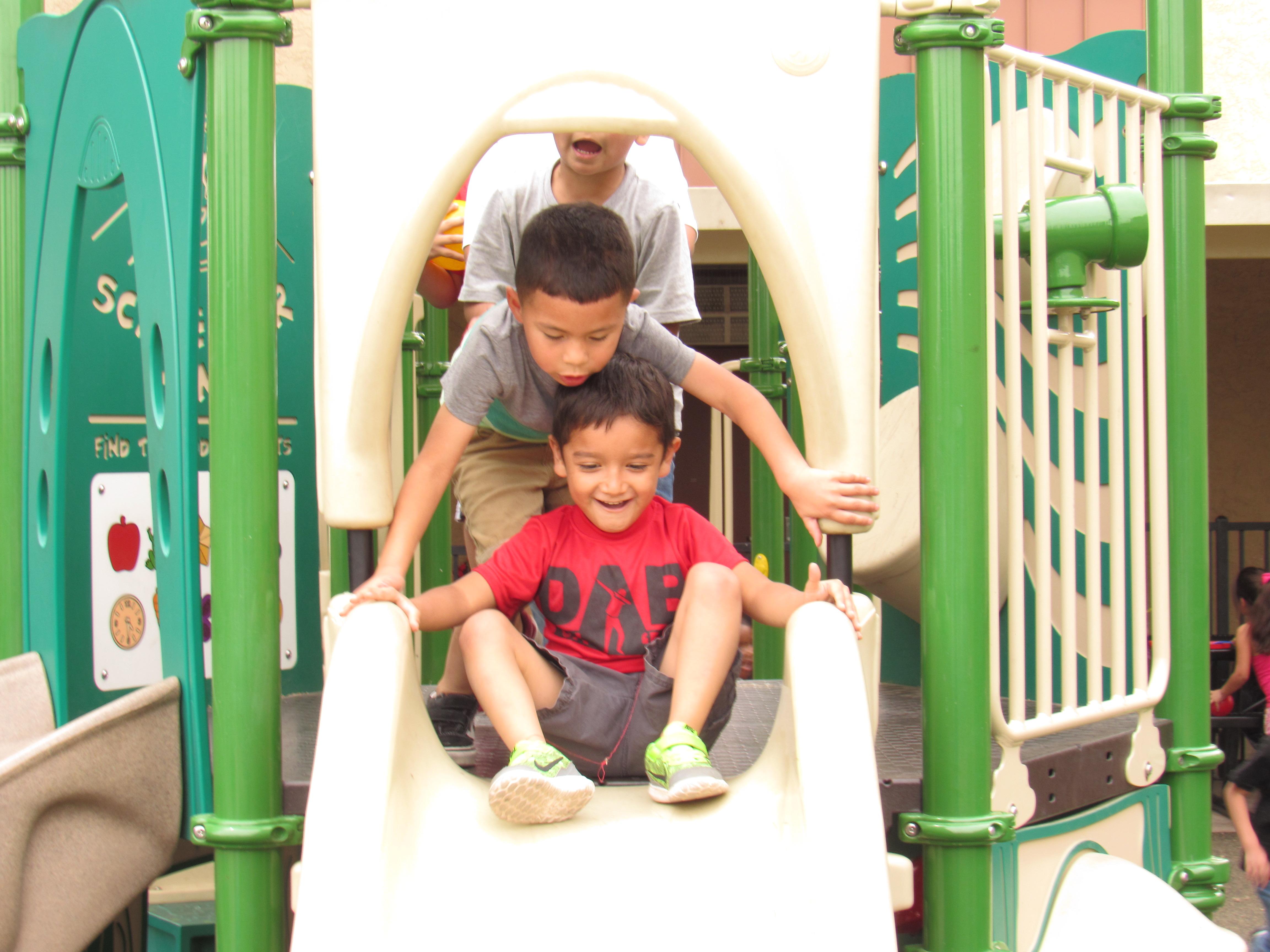 Children squealed with delight as they bounced a big rubber ball on the playground at a Head Start preschool in Phoenix.

The U.S. Census-supported program is a relic of President Lyndon Johnson's War on Poverty. But being poor isn’t the only disadvantage for these kids.

"I had to survive for my kids on my own, which meant I had to leave them with strangers before I knew about the program," Kimberly Olivas said. 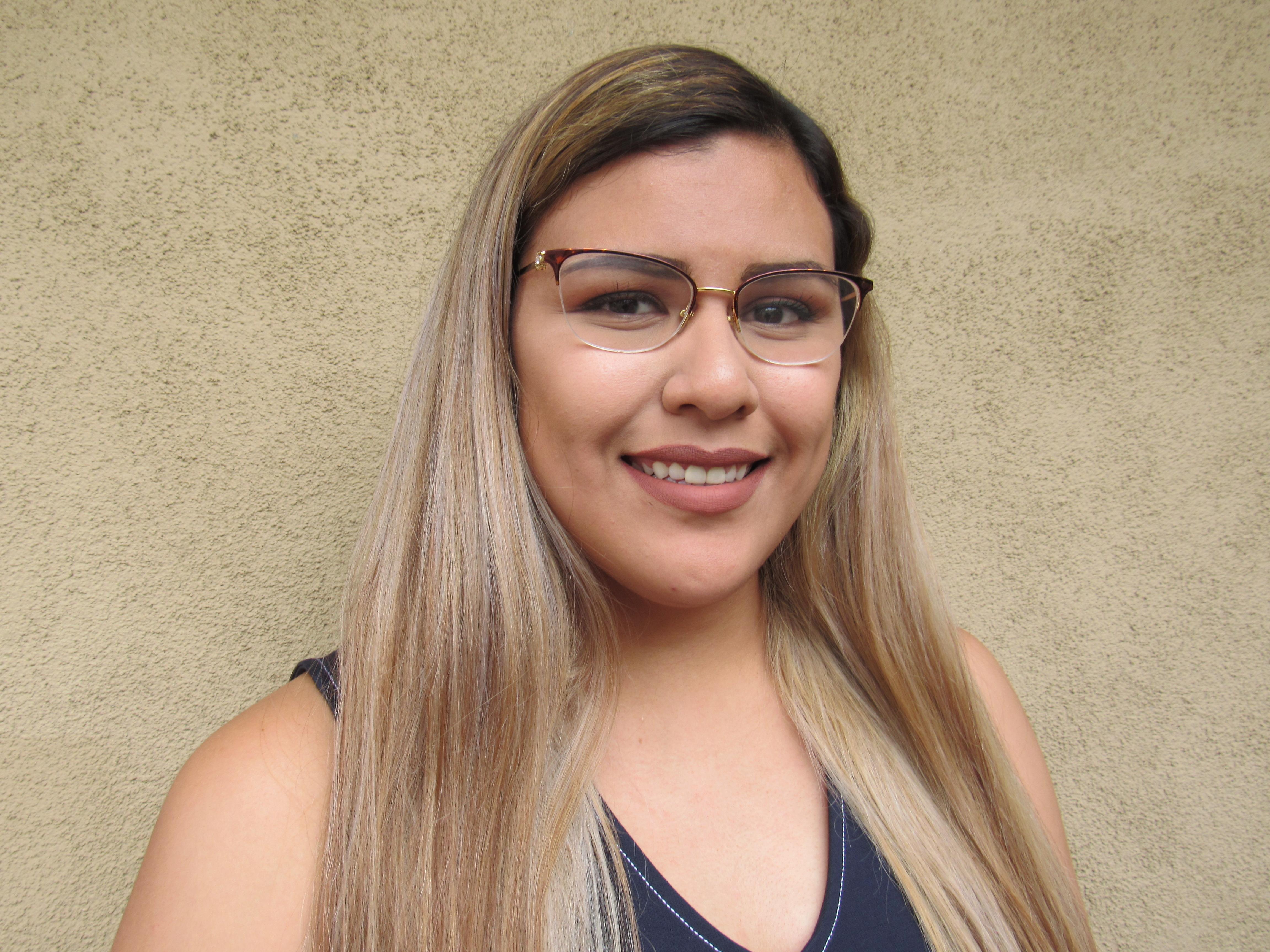 The 24-year-old mother of two is a child of undocumented immigrants. She grew up in a violent home and was living on the street at age 17.

Domestic violence and homelessness were elements of the unstable environment Olivas came from, and risk factors like those helped qualify her kids for spots in the Head Start program.

Olivas’ 4-year-old son and 2-year-old daughter are fortunate. Phoenix can only take about a quarter of the children who need extra help to be ready for school.

For the percentage to grow, or at least stay the same, the city needs everyone to be counted in the 2020 Census. Olivas remembered 10 years ago, her parents hid in their Maryvale home.

"Because they thought they can get in trouble — just the fear of deportation," she said. "So when the Census would come around, they would not open the door."

The risk of a large loss in funding drove Phoenix city leaders into the legal battle to block a citizenship question from going on the 2020 Census. The fight went all the way to the U.S. Supreme Court, which has to rule soon so there’s time to print the forms for next year’s headcount.

The number of non-citizens living in Phoenix has dropped since the last Census, data show. But there are still roughly 210,000. If counted, they’re worth more than $1 billion in funding to the city over the next decade. 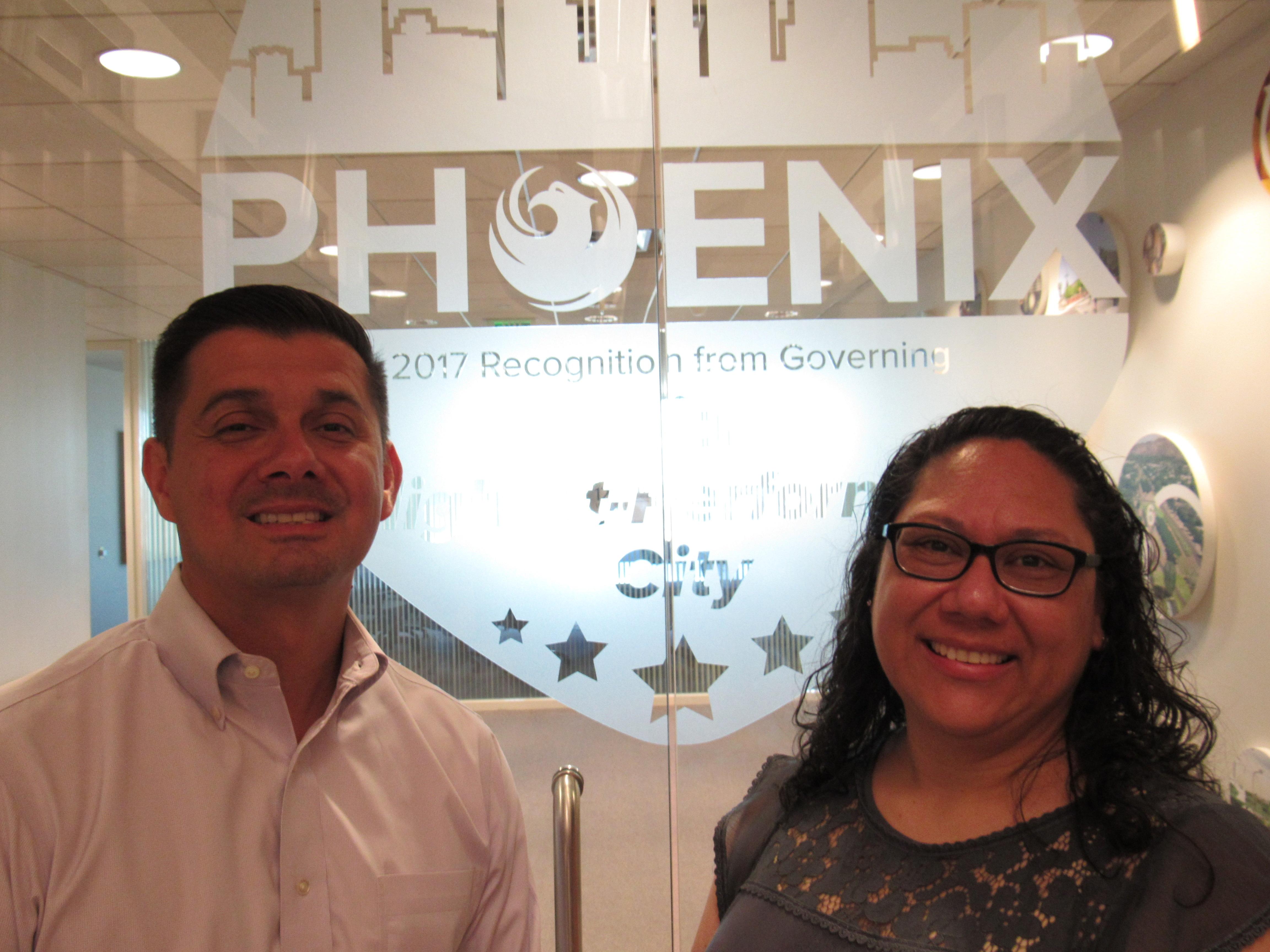 "It’s at the core of the quality of life of why people want to live in your city," he said.

The Census question would be worded like this: "Is this person a citizen of the United States?"

If the Supreme Court allows it, Phoenix would have less than a year to convince undocumented people not to fear outing themselves to the federal government.

“We are focused on counting everyone living in our city,” Santana said. “We are not differentiating between resident, nonresident, citizen. We don’t care about the category.”

Santana pointed out that the Census is confidential. But he said the city can’t persuade people on its own.

"We know that as a government we cannot be the be-all, end-all to carry this heavy lift. This is truly (an) all-hands-on-deck effort," he said.

Phoenix's "Complete Count Committee" has been meeting for months to strategize how to get everyone to take part in the 2020 Census, and community outreach will likely start late this summer, Santana said.

Viri Hernandez, a committee member and executive director of the Maryvale-based activist group, Poder in Action, said the effort has been held up by the court battle over the citizenship question. 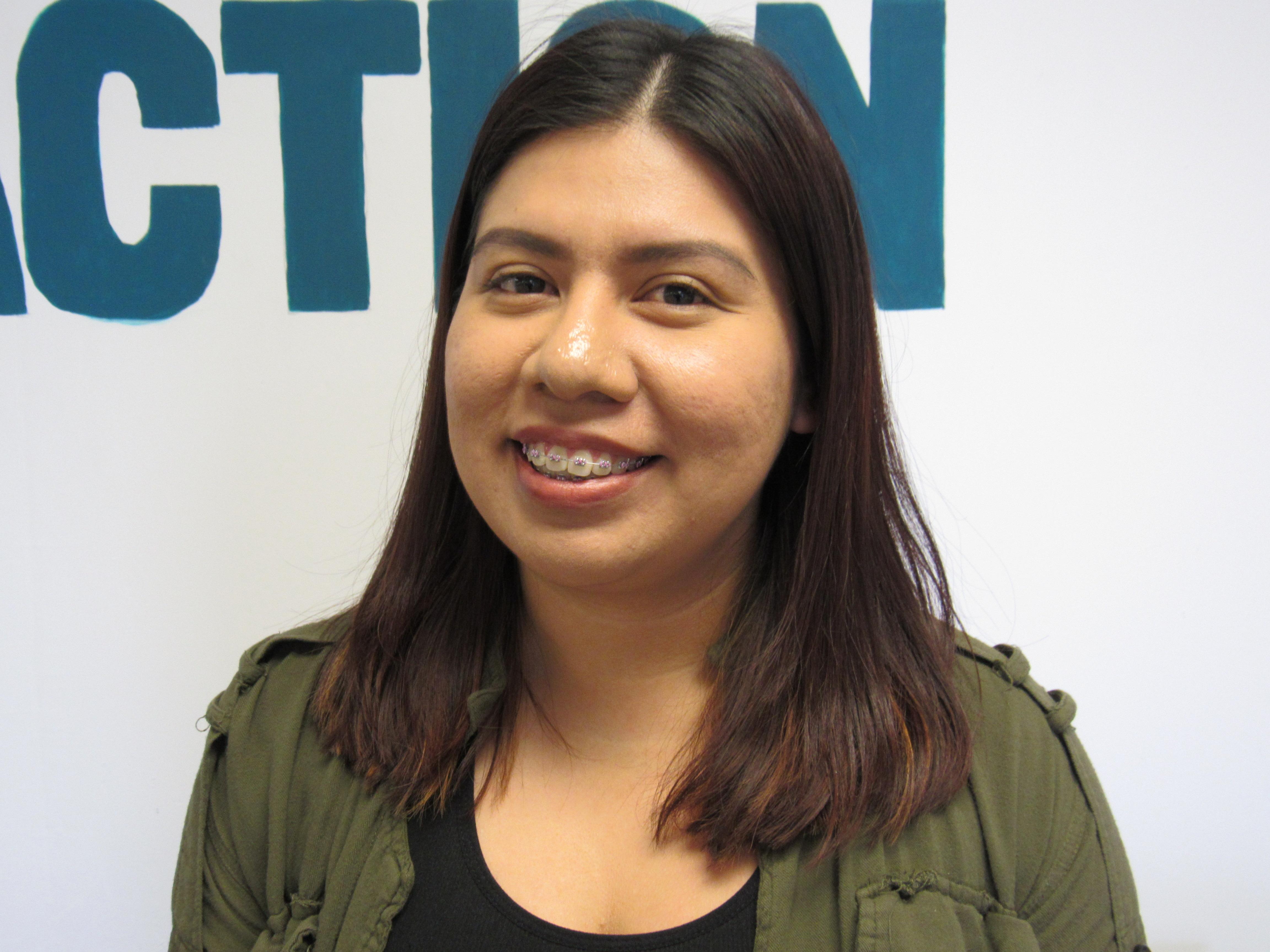 "It seems like we’re a little bit behind because what we’re trying to build between now and the Census is trust," she said.

Hernandez said she was undocumented during the last Census, and her family was not counted. That was before President Donald Trump's crackdown on illegal immigration. Now Hernandez has figure out how to convince people to do something her parents didn't do.

"We're actually not ready for that, right? I think there has been a lack of investment to truly get to the root of how we’re going to convince people," she said.

Two ways Hernandez said Phoenix might help persuade undocumented people to be counted: commit to use Census money to benefit where they live, and invite people to serve on the Complete Count Committee.

"There should be undocumented people in that committee," she said. 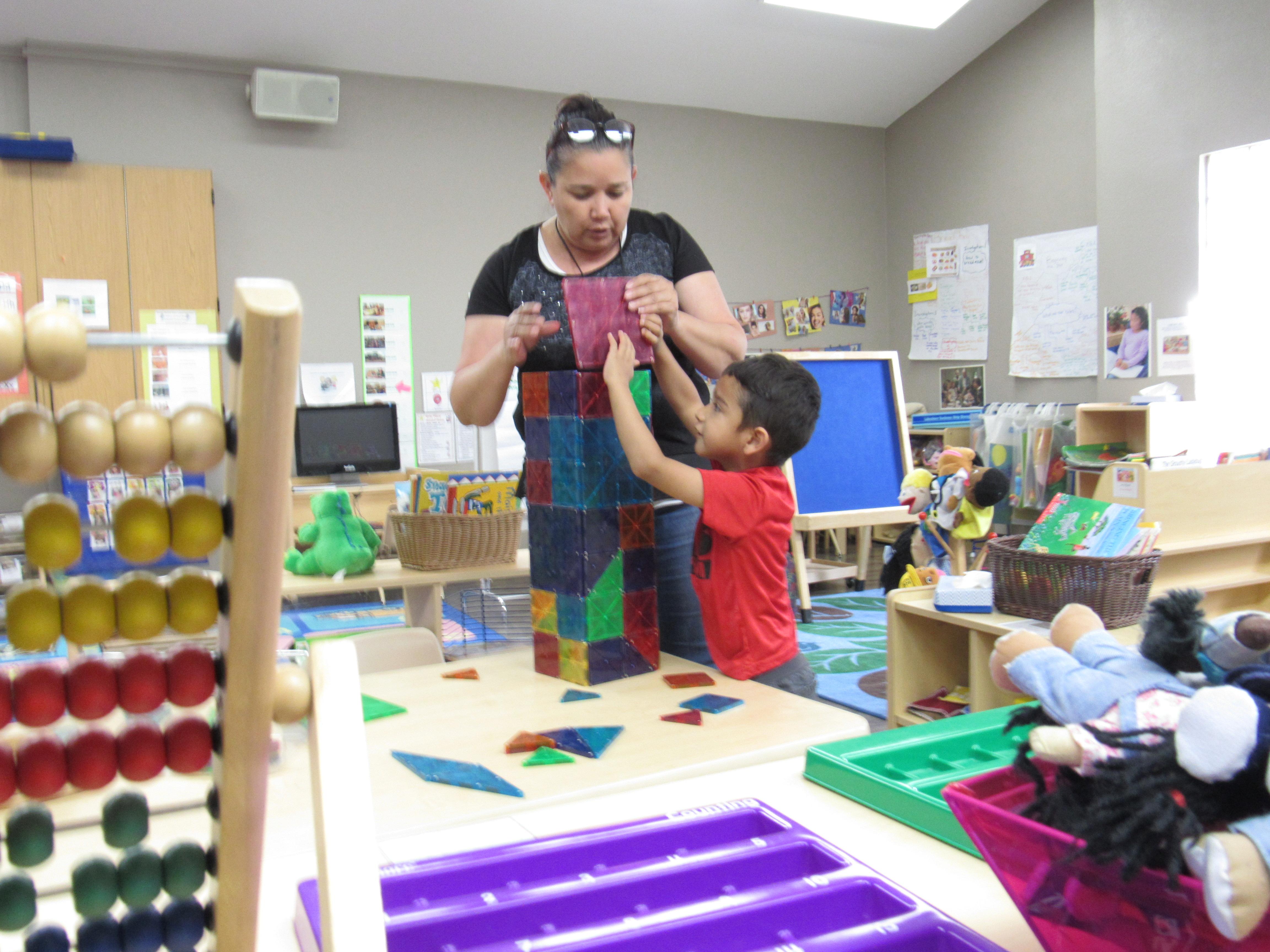 Matthew Casey/KJZZ
A Head Start teacher helps a child build with toy magnets during student free time at the preschool.

The Maryvale Community Center might be a good place to recruit them. The center offers services that depend on Census money, like after-school programs and swim lessons.

Olivas and her children were there on a recent Thursday afternoon.

"Right now he’s doing T-ball. And they’re both in gymnastics, and she’s doing ballet," she explained as she walked from the parking lot toward the community center.

Olivas doesn’t have a job but is headed back to school to study nursing. She credits Head Start with giving her family a better life.

"I’m so excited for my children to have the things I didn't have growing up," she said.

Olivas remembered her stepfather was so afraid of immigration authorities that her family never left a four-mile radius. Olivas is optimistic that, even if the citizenship question appears on the 2020 Census, the identities of those who answer will stay secret.