U.S.-Mexico Border Rescues In The Desert Are Rising As Summer Nears 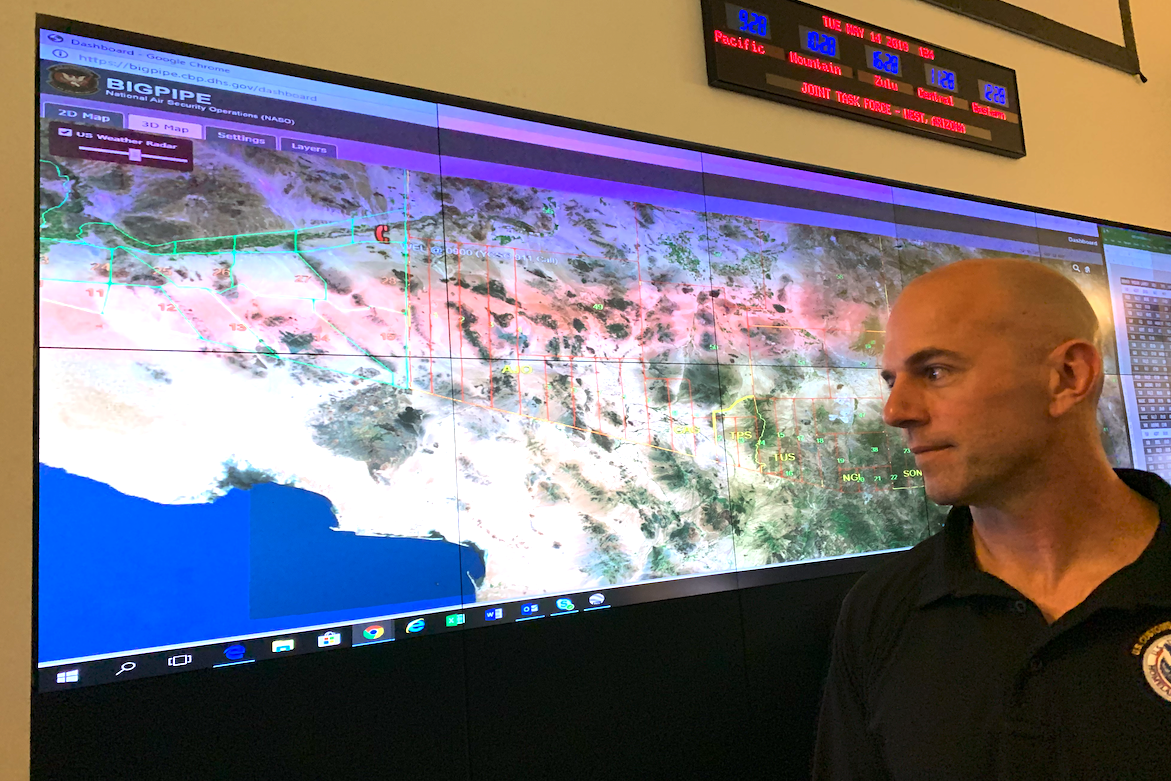 Michel Marizco/KJZZ
Mark Mitchell of the Joint Intelligence and Operations Center for CBP.

A dispatcher in the Joint Intelligence and Operations Center (JIOC) for the country’s border agency fields a call from a Mexican man lost in the desert.

He struggled to keep the lost man on the phone.

"If you can hear me," the dispatcher said in a mix of English and Spanish, "they are close to you so you know the helicopter is coming and they are on their way."

The man whispered inaudibly into his cellphone.

"Sir, you have to speak louder," the dispatcher said in Spanish.

It started as a 911 call in early May from a 21 year old Mexican man who'd crossed the border illegally in Arizona's West Desert, became lost, and then called for help.

"It took the agents about 15 minutes to get to them, and the last thing he heard was 'no tengo agua' (I don't have any water)," said Customs and Border Protection spokesperson Felipe Jimenez.

"During the summer we’ll have up to 15 911 calls going simultaneously," said Mark Mitchell, the JIOC’s chief watch officer.

Before this communications center, medical agents in the field would field county dispatched 911 calls transferred to their own cellphones. That’s changed.

"We’ve got a couple mechanisms that we use," said Mitchell. "We’ve got a cellphone that we’ll use to text with them. If their battery’s running low, we’ll ask them to take pictures and text them in to us so we can get an idea of the surrounding areas."

Last year, border agents rescued more than 900 people in Arizona’s desert. They found the remains of nearly 60. There are still more who were found by others, including non-profit groups, who aren't in that tally.