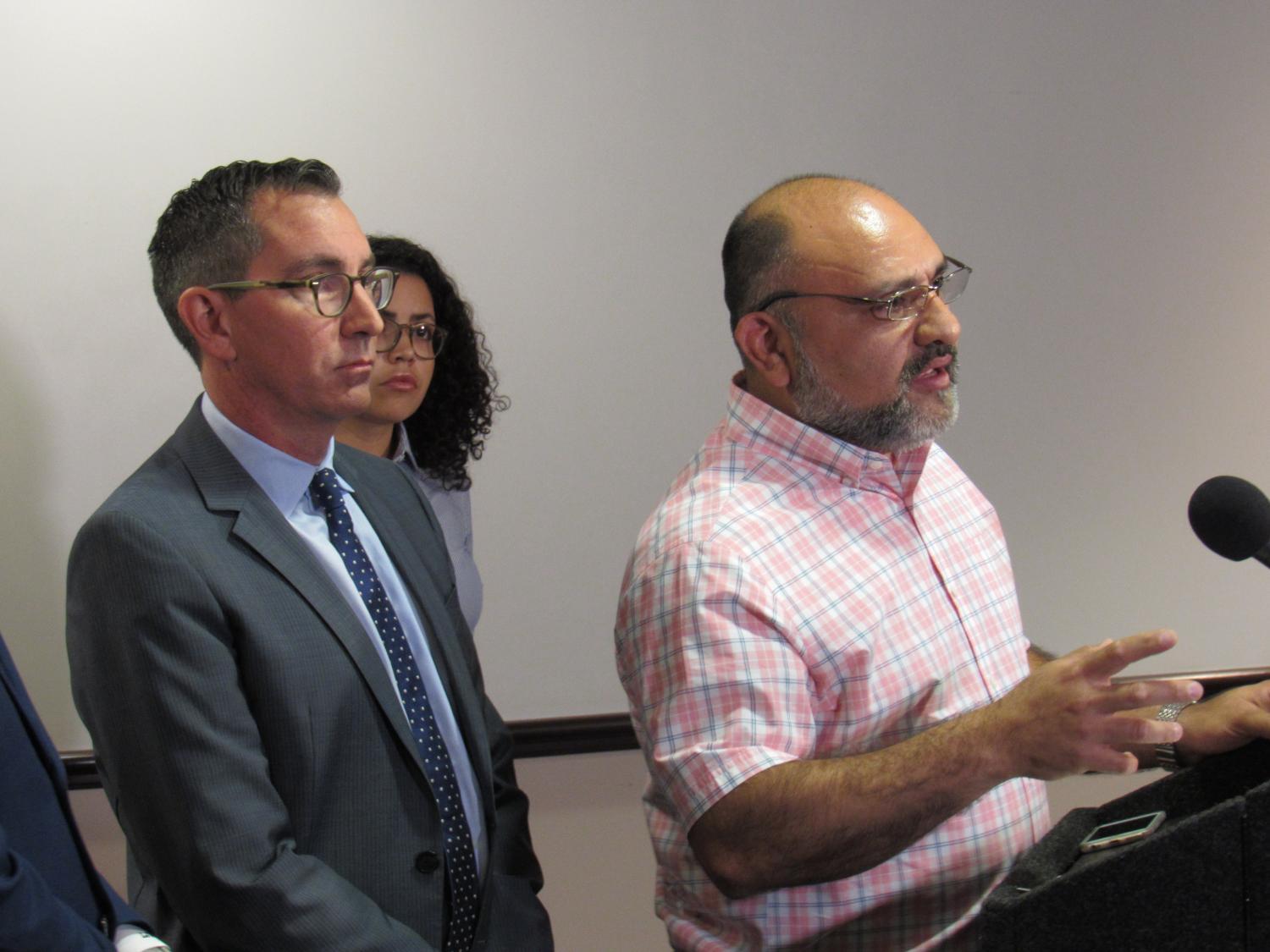 Matthew Casey/KJZZ
The Southern Poverty Law Center's David Dinielli (left) listens to Pastor Angel Campos talks about his experiences with the groups Patriot Movement AZ and AZ Patriots. SPLC has sued the groups on behalf of a coalition of churches that help migrants.

A new lawsuit against two far-right Arizona groups alleges that they threaten and harass people who help migrants dropped off at churches by federal authorities.

A coalition of churches wants a federal judge to order the groups to stay off their property and keep a distance.

The names of the groups being sued are Patriot Movement AZ and AZ Patriots, which is a spinoff of the first group.

“They have trespassed on church property. Often times carrying firearms And accused the pastors and volunteers of engaging in human trafficking and of sex trafficking,” said David Dinielli, deputy legal director for the Southern Poverty Law Center, which represents the churches, and has named Patriot Movement AZ a hate group.

The lawsuit asks for the churches to be compensated but does not name an amount.