“The best social program is a job.” - President Ronald Reagan

Arizona is back to work!

Effective July 10th, Arizona will no longer be paying the $300/week federal supplement to unemployed workers, and instead we will be helping Arizonans get back to work. 1/ pic.twitter.com/lNXPhTrWxm

Arizona Gov. Doug Ducey on Thursday joined a growing number of Republican governors who are stopping payment of an extra $300 a week in pay for unemployed workers as a way to force people to return to work.

The governor’s action ends of use of federal virus relief funds for that payment and goes into effect July 10. It means unemployed Arizonans will again get $240 a week, the second-lowest weekly rate in the nation.

Ducey is continuing federally sponsored programs that extend the standard 26 weeks of pay by another 29 weeks and allow gig workers such as Uber drivers to qualify for unemployment pay, although those payments will also be reduced by $300 a week.

He is also throwing in a sweetener for people who return to work: A $2,000 bonus paid to workers who get and keep a full-time job for at least 10 weeks. Part-time workers will get $1,000.

Ducey is allocating $300 million in federal relief cash on a first come-first served basis to pay for the bonuses. A worker who gets a job earning more than $25 an hour does not qualify.

Ducey slashed unemployment checks by more than half despite celebrating the health of the state’s economy throughout the pandemic, noting the state shed fewer jobs than most. In Arizona, more people are employed now than before the pandemic, though the unemployment rate is also higher because the pool of jobseekers has grown.

“Although more people are ready to work today in Arizona than before the pandemic, many businesses are struggling to fill vital positions,” Ducey said in a statement. ”We cannot let unemployment benefits be a barrier to getting people back to work."

The business community reacted positively to the governor's decision, with Ducey's office releasing statements praising his decision as a way to kick-start the economy. Other groups also lauded the effort.

“Paying some people more on unemployment than they made working full-time, even as their jobs are in demand, is counterproductive to recovery,” said Stephen Shadegg, Arizona director of the conservative group Americans for Prosperity.

Progressive groups said it was the wrong move and will hurt ordinary Arizonans struggling to make ends meet while seeking work.

“This decision cuts more than half of the weekly assistance provided to Arizonans and is a devastating blow to struggling families," Niles Harris, executive director of Honest Arizona, said in a statement. “The Governor must reverse this decision and allow Arizonans to receive the federal assistance they deserve.” 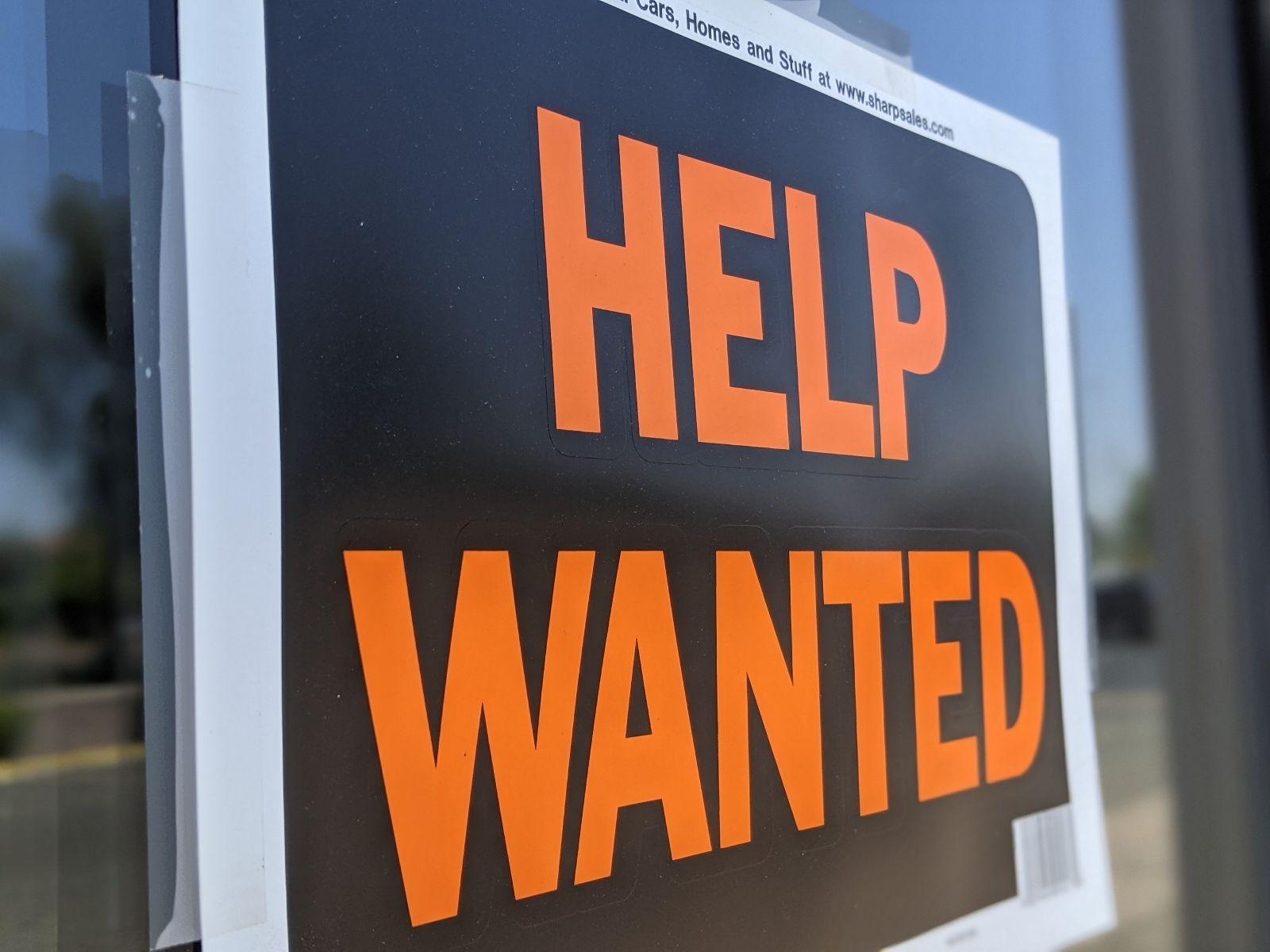 Sky Schaudt/KJZZ
A help wanted sign on a business in Peoria in May 2021.

The Arizona Center for Economic Progress, another progressive group, noted that Ducey's action will cost workers $1 billion in federal relief while his bonus program will divert $300 million in American Rescue Plan funds from other uses.

Ducey's move follows the lead of 12 other states led by Republican governors who acted in the past week and argued in ending the extra unemployment pay that it was providing an incentive for laid-off workers to stay off the job.

Ducey's decision will affect about 32,000 people currently receiving regular unemployment and another 176,000 people enrolled in programs for the long-term unemployed and contract or gig workers, according to data from the state Department of Economic Security.

Businesses have cited the extra $300 as a reason they are struggling to find workers, but there are other factors at play preventing people from returning to work. Some are worried about exposure to the coronavirus if they return to service sector jobs, according to government surveys, and many working mothers have left the workforce to care for children still attending school online.

Ducey aims to help those parents by providing three months of child care assistance for people who return to work but earn less than $25 an hour. A variety of federal assistance programs will be used to pay for the aid. He also is using federal cash to provide community college scholarships and high school equivalency diploma preparation for unemployed workers.

Ducey said the state’s economy is taking off as nearly half the population has now had at least one dose of COVID-19 vaccine.

“With ample supplies of the COVID-19 vaccine on hand and millions of Arizonans vaccinated, people feel safer and are finally returning to life in Arizona as we knew and loved it before,” Ducey said in a video announcing his moves.

Arizona’s unemployment soared after layoffs triggered by the pandemic last March. The state's unemployment trust fund, which builds up cash during periods of low unemployment, was at $1.1 billion before the pandemic hit a year ago. It had fallen below $90 million in February, but has since risen with quarterly employer payments and federal money Ducey added from virus relief funds.