Judge denies sanctions, but Kari Lake must pay back some costs of failed lawsuit 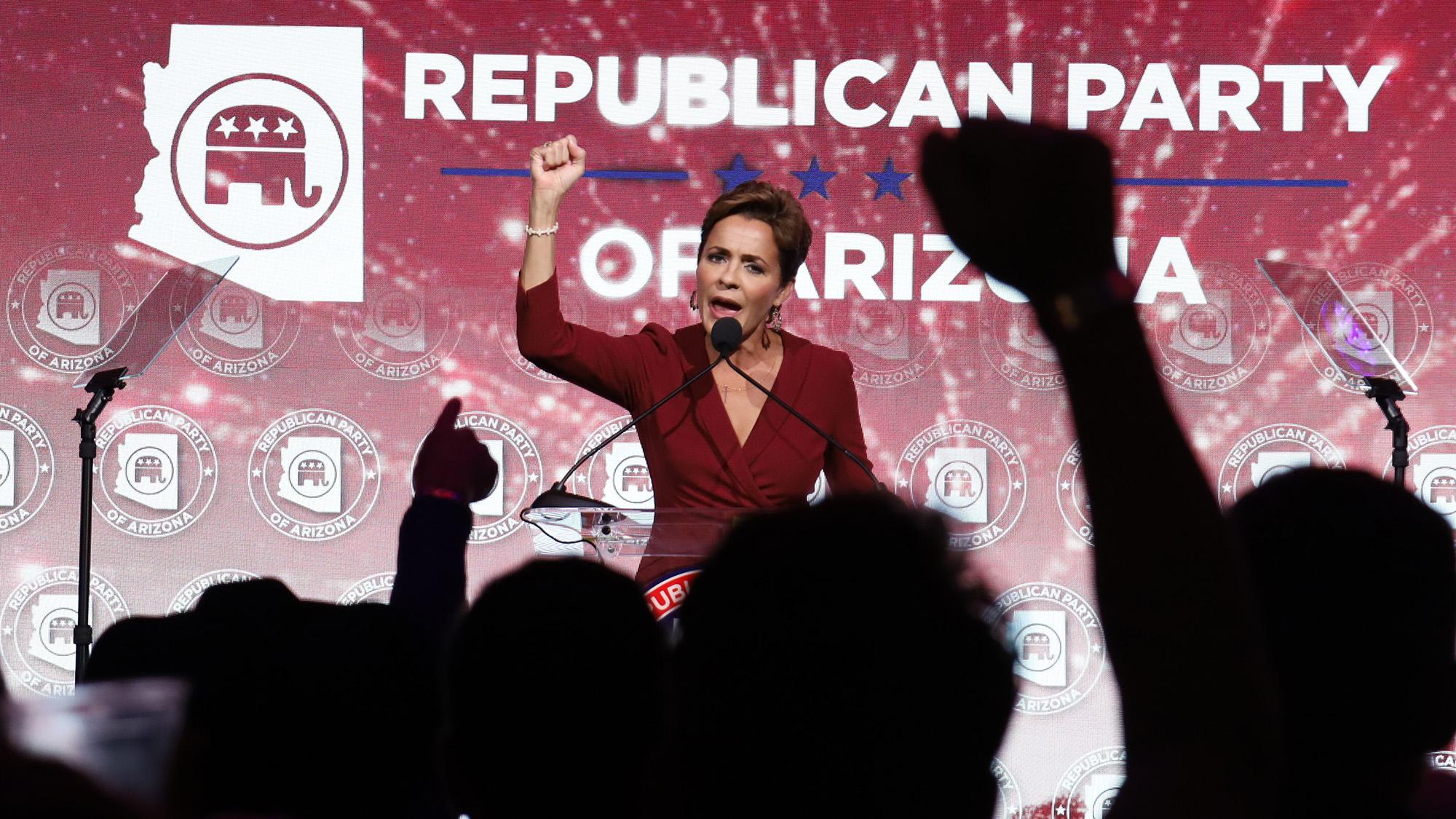 Kari Lake may have lost her legal bid to set aside the results of the governor’s race which she lost to Democrat Katie Hobbs by more than 17,000 votes. But she and her attorneys won’t be forced to pay the legal fees of those she sued, including the governor elect and Maricopa County.

In a ruling Tuesday, Maricopa County Superior Court Judge Peter Thompson repeated his earlier findings that Lake had failed to provide testimony or evidence that there were intentional acts designed to influence the outcome of the race that did, in fact, change the result. That is what is required for any challenge to an election under Arizona law.

But Thompson rejected arguments by attorneys of those she had sued that Lake’s failures to meet the legal standards rose to the level necessary under the law to require her, as the loser, to reimburse those she sued.

“The fact that plaintiff failed to meet the burden of clear and convincing evidence requirement for each element of (an election challenge) does not equate to a finding that her claims were, or were not, groundless and presented in bad faith,” the judge wrote, citing the standards in state law that govern when courts must order a losing party to pay the legal fees of the other side.

And Thompson said that Lake did present some evidence.

For example, he said, Lake did put someone on the stand who argued that intentional malfeasance was the root cause of problems with tabulators on Election Day. That related to the fact that printers at some of Maricopa County’s 223 vote centers were producing ballots that the on-site tabulators could not read.

Thompson rejected those claims as unacceptable, saying Lake’s expert witness provided no evidence that the problems were anything but malfunctions rather than malfeasance.

The judge also noted that a pollster called by Lake’s attorneys argued that the problems resulted in fewer Republicans, who tend to wait until Election Day to vote, actually being able to cast a ballot. And that witness opined that cold have influenced the outcome of the election.

But here, too, Thompson said, the testimony was not accepted “because of fault underpinnings in fact, unsupported assumptions and foundation.”

The judge said he did not question Lake’s sincerity.

“There is no doubt that each side believes firms in its position with great conviction,” he wrote. Still, he said, it wasn’t enough for Lake to win, even though he was not imposing sanctions.

“Any legal decision must be based on the law and facts rather than subjective beliefs or partisan opinions, no matter how strongly held,” Thompson wrote.

There was no immediate response from the lawyers who won the case and who had sought nearly $700,000 in legal fees and costs.

Tuesday’s ruling was not an entire loss for the defense team. Thompson said Lake and her lawyers do need to reimburse them $33,040 in costs for expert witnesses and others who helped with their case.

In his ruling, Thompson made no reference to a Twitter post by Lake which had been called to his attention by Deputy County Attorney Tom Liddy.

In that post, which came after the verdict on Saturday, Lake retweeted a link to a story published on Townhall.com which not only called the two-day proceeding conducted by Thompson a “sham trial” but said that “legal experts believe his decision was ghostwritten, they suspect top left-wing attorneys like Mark Elias emailed him what to say.”

Elias is the prime partner in one of the firms defending the governor elect.

Lake deleted the tweet after the defendants first asked Thompson to require her and her lawyers to pay their legal fees. But Blehm, in arguing against sanctions, said his client did nothing wrong.

“Plaintiff has a First Amendment right to voice her opinions,” Blehm said. And he said that Twitter posts, “especially those authored by others, do not support sanctions under Arizona law.”

Tuesday’s ruling does not end the controversy. Lake continues to insist that the election was rigged and has vowed to seek review by the Arizona Supreme Court.