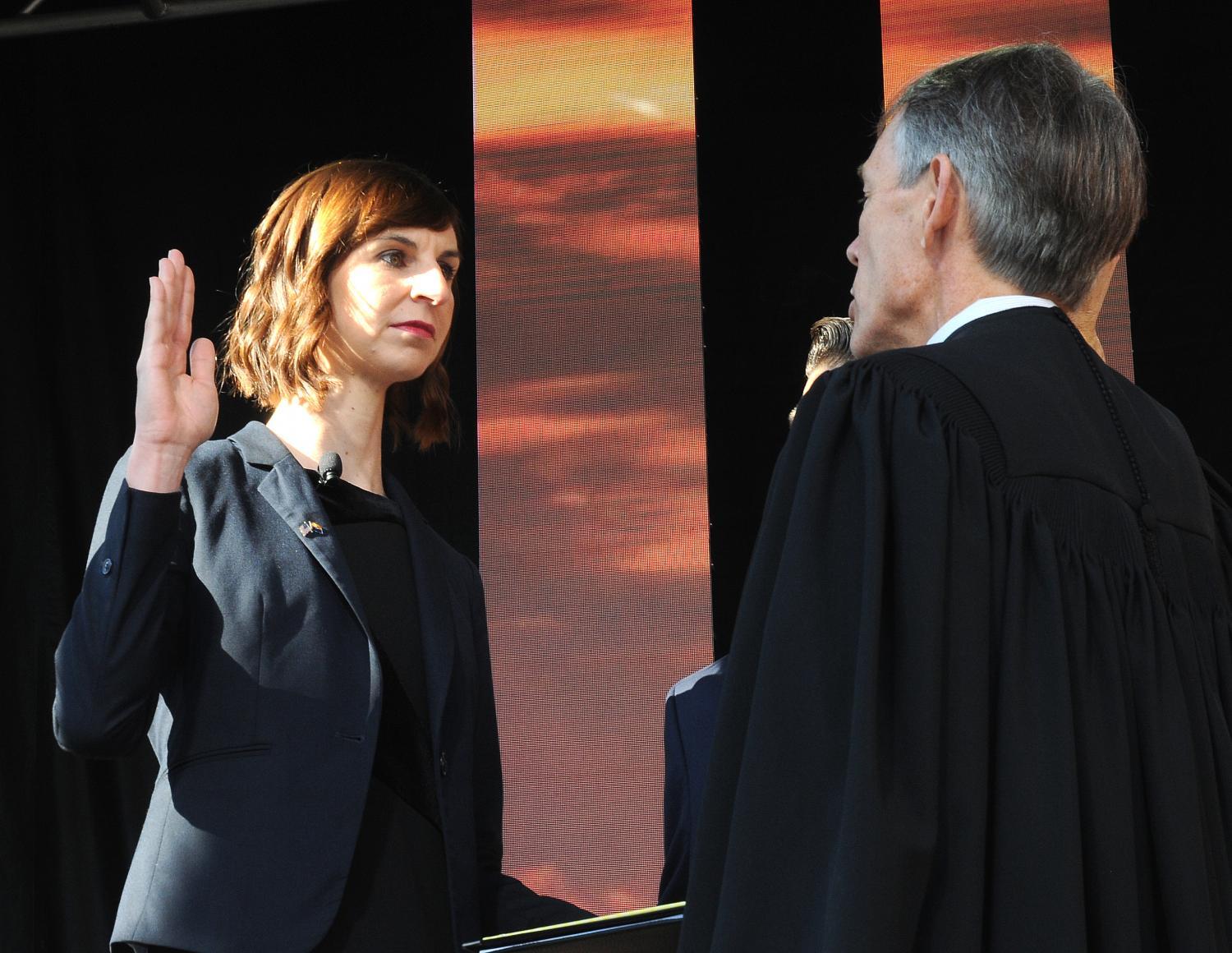 As Arizona swore in Kathy Hoffman for its chief school administrator, a similar scene played out across the country with educators stepping into the political sphere in record numbers under the #RedForEd banner.

Hoffman, a former school speech therapist and pre-school teacher, is among an unprecedented 1,800 educators and school administrators who ran in 2018 races across the nation, according to the National Education Association. More than half of them won their positions.

RELATED: Which Arizona Candidates Have Connections With Education?

Hoffman chose to swear in with her hand upon the children’s book “Too Many Moose” — a book she used in her classroom.

“This has a lot of sentimental value to me because this is my students favorite book, this was my students always wanted to read from,” Hoffman said. “It does have great alliteration in it so we’re working all kinds of vocabulary.”

KJZZ reached author Lisa Bakos on Tuesday. It was the first she heard of Moose making its mark on Arizona history.

“It brought tears to my eyes,” Bakos said when she heard what Hoffman’s students learned from her book. “I can’t think of any better honor than that to hear about my words that I put out into the world.”

Bakos is a substitute teacher, often for third, fourth and fifth grade.

“They’re still huggers, they’re still tattletales on a good level, they don’t have their phones which is a huge plus,” Bakos said.

Bakos said she teaches in a diverse school district.

“There doesn’t seem to be the challenges that the world has outside of their classroom,” Bakos said. “To them it’s commonplace to have a diverse classroom...Those are the kids that will make the world a better place as adults.”

Many elected officials take their Oath of Office with one hand on a bible, but that’s not a requirement.

“I feel very honored and grateful to be part of that historic event yesterday,” Bakos said.

Hoffman is the first Democrat to hold the state superintendent of public instruction position in two dozen years, she plans to refocus state attention on funding public schools.

EDITOR'S NOTE: This story has been updated to correct the spelling of Lisa Bakos's name.